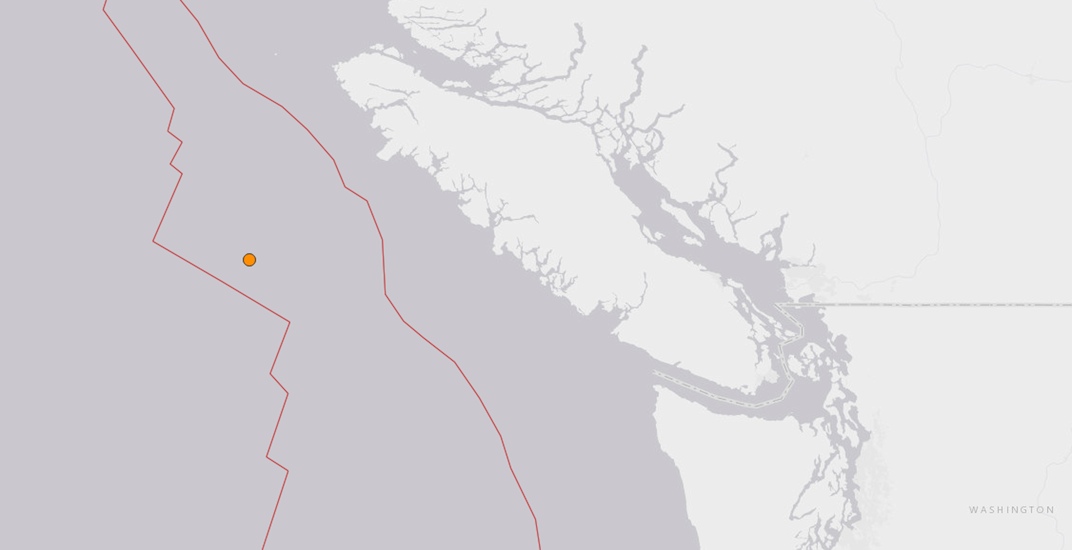 Earlier this afternoon, an earthquake measuring a magnitude of 4.5 was recorded off the coast of Vancouver Island.

The tremor occurred at 12:26 pm PST and according to the US Geological Survey, had an epicentre in the ocean, 206 km southwest of Port Hardy.

The quake, similar to one that took place early last week, had a shallow depth of 11 km.

The US Tsunami Warning System has stated that there’s no warning, advisory, watch, or threat, currently in place.

This is the second most significant quake that BC has seen since a swarm of earthquakes that took place two weeks ago, including three that had a magnitude stronger than 6.0.

A magnitude 4.9 quake was detected on Halloween night.