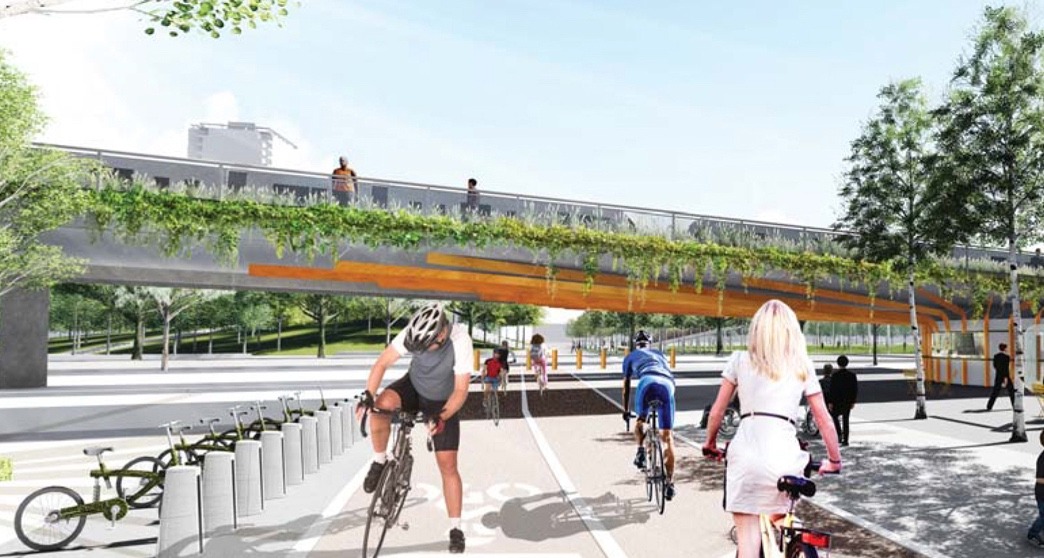 Two preliminary design concepts for the Dunsmuir Connection (DC) by the municipal government in Northeast False Creek (NEFC) have been presented to the public in the project’s latest consultation phase.

The DC is a 750-metre-long elevated pedestrian walkway, cycling path, and public space in Northeast False Creek, creating a transitional bridge for the 15-metre elevation difference as a result of the escarpment between the downtown core and NEFC.

It would replace the existing Dunsmuir Viaduct, running from the southern end of Dunsmuir Street to the new Creekside Park extension at the edge of Quebec Street.

Varying designs have been contemplated, but the concepts connect to bike lanes and the park, and allows for views of False Creek, the mountains, and skyline. 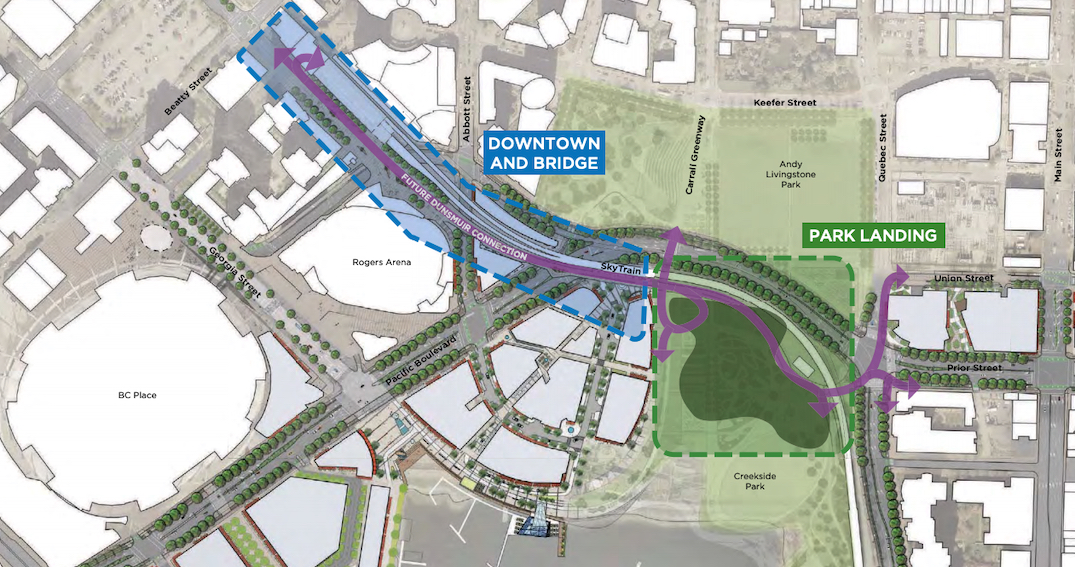 Concept for the Dunsmuir Connection, January 2020. (City of Vancouver)

The elevated structure is divided into two segments, with the Downtown-Bridge segment on the western end improving access to SkyTrain’s Stadium-Chinatown Station and creating a large open space for special events spilling out of Rogers Arena.

This includes a new entry plaza to the station and a small urban space at Citadel Parade, as well as a connection to the arena including the existing elevator and stairs.

On the eastern end, the Park Landing segment transitions into the future park and the NEFC district, including a programmed plaza space with a stair connection to the park below and a pedestrian and bike path integrated with the park landscape.

But there are varying designs to these concepts, with Option A carrying an estimated cost of $80 million and Option B pegged at $90 million. 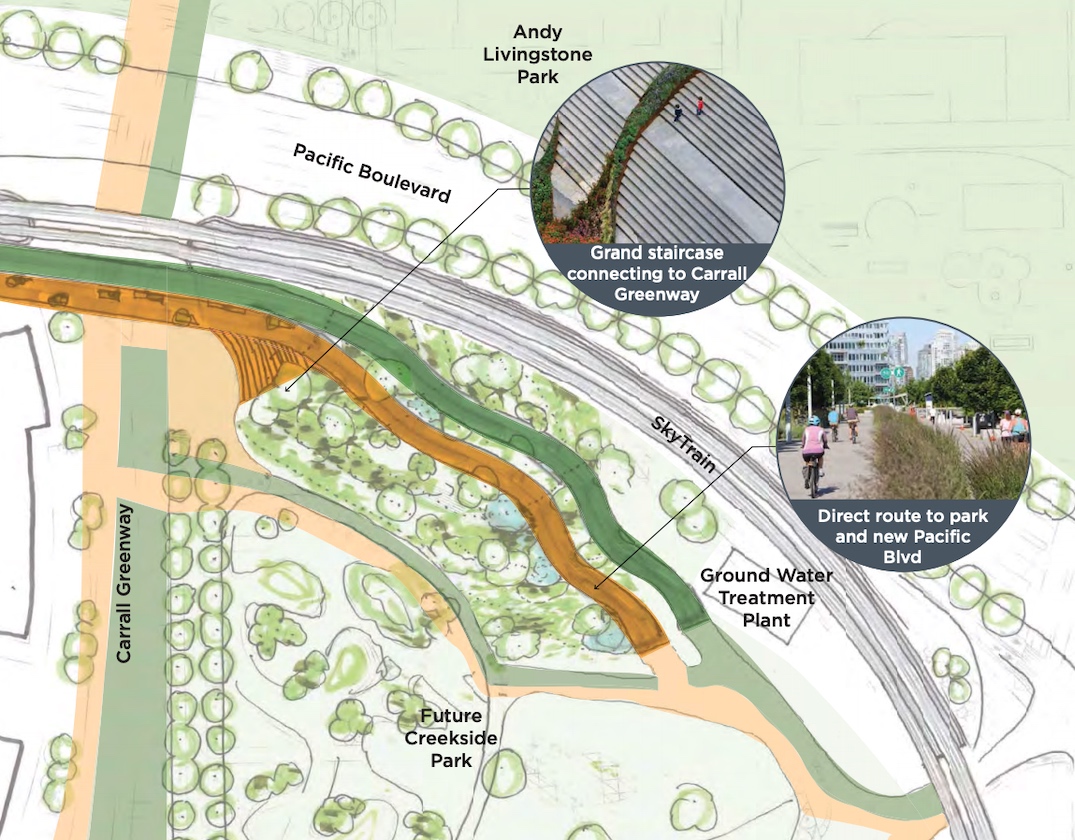 Option A for Park Segment of the Dunsmuir Connection, January 2020. (City of Vancouver) 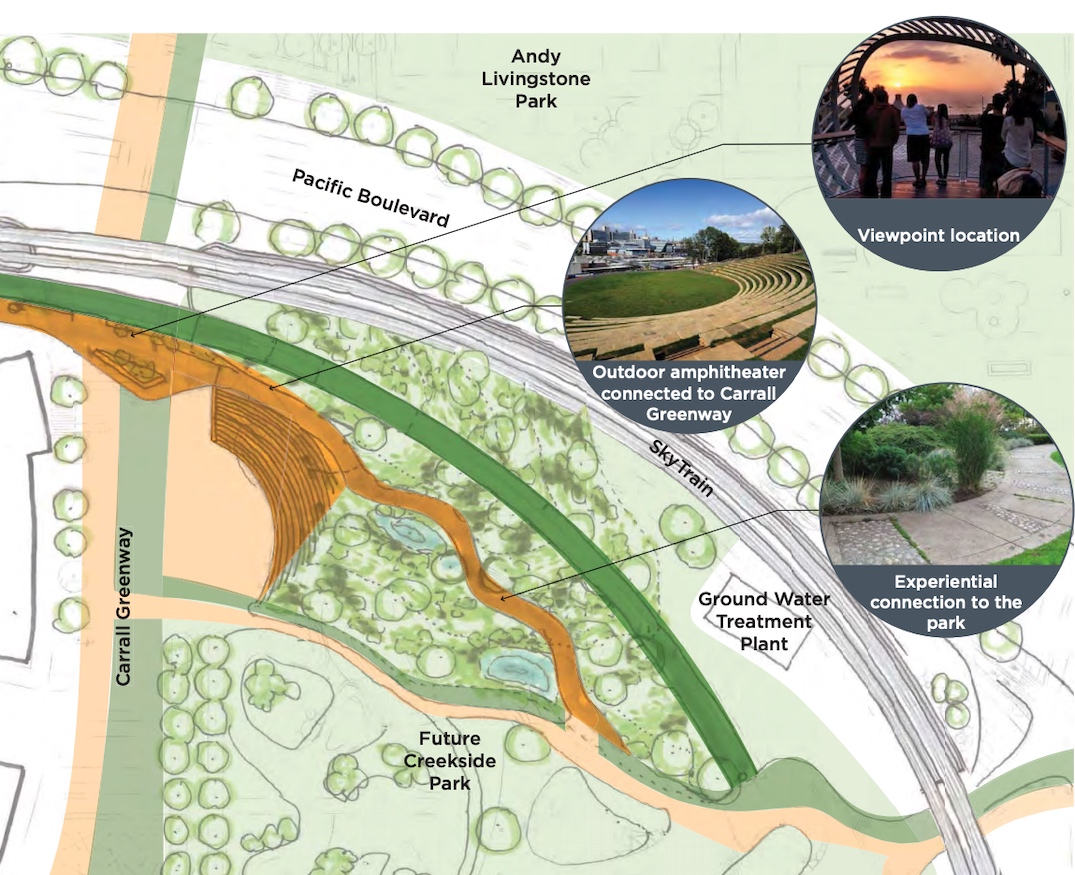 Option B for Park Segment of the Dunsmuir Connection, January 2020. (City of Vancouver)

Further down the structure in the Park Landing segment, Option B’s components include an elevated viewing area adjacent to the Carrall Greenway and an amphitheatre. 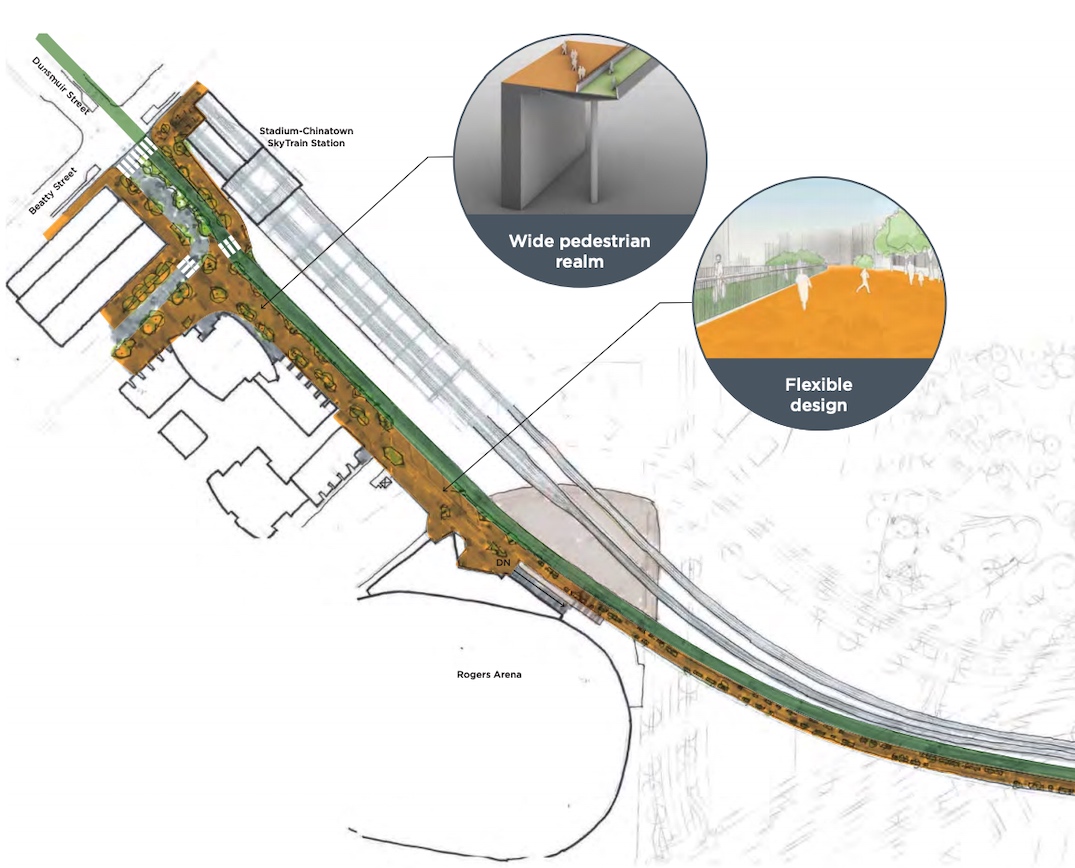 Option A for Bridge & Downtown Segment of the Dunsmuir Connection, January 2020. (City of Vancouver) 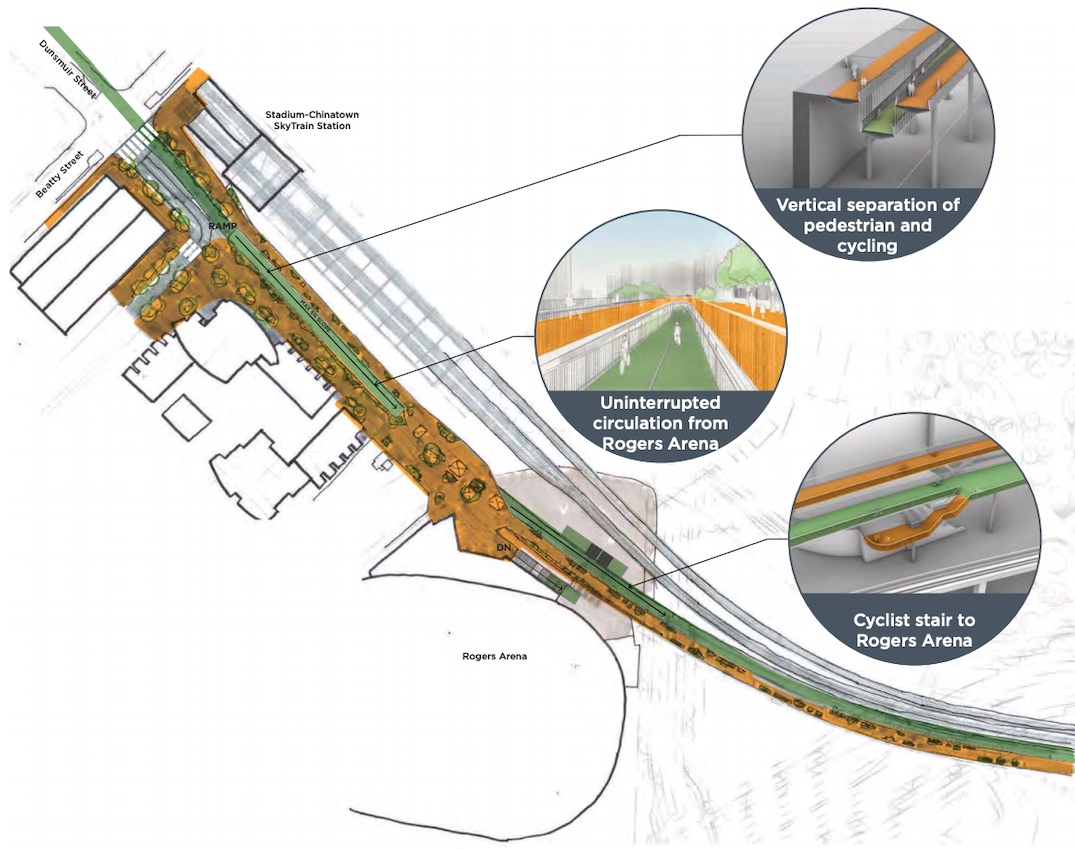 Option B for Bridge & Downtown Segment of the Dunsmuir Connection, January 2020. (City of Vancouver)

The project’s cost is part of the $1.7 billion in city-spearheaded public benefits that come from the demolition of both the Dunsmuir and Georgia viaducts to allow for NEFC redevelopments. Area developers will cover a majority of the expected costs of the public benefits, which also entails 32 acres of new and renewed parks, 1,800 units of social housing, and a community centre with an ice rink and other facilities.