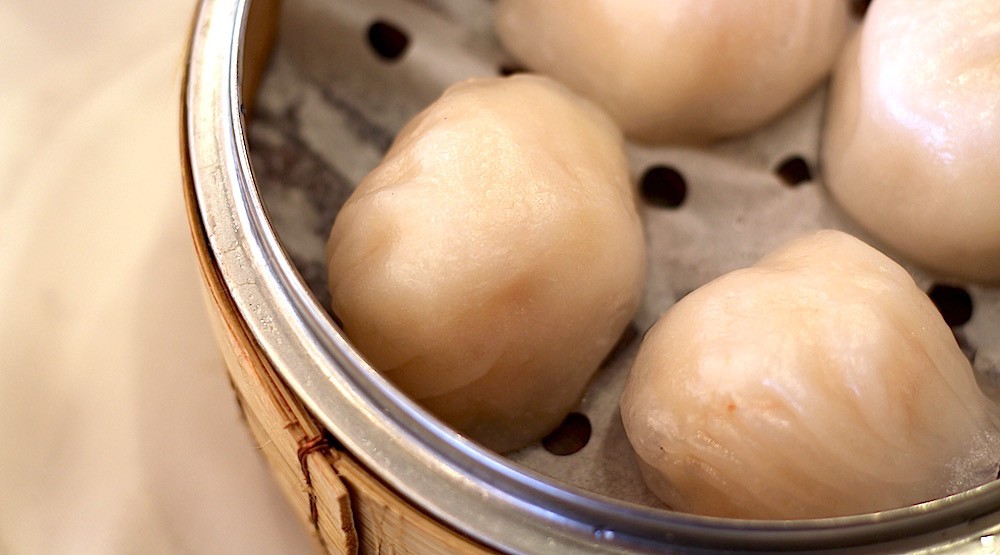 My son has a board book in his collection called Yum Yum Dim Sum that’s taught me that “dim sum” means “a little bit of heart.” Bamboo steaming baskets reveal glistening orbs of juicy shrimp shrouded in a near-transparent wrapper (that’s ha gow, or shrimp dumpling), and the cute rhyming text asks: “Why oh why my little shu mai, why do I love you so?” It’s a good question. I love them so, too.

Dim sum, by definition and experience, is not limited to dumplings, but in pursuit of dumplings in Richmond, we begin with dim sum. Officially, we are on the Dumpling Trail, a project of Tourism Richmond that aims to lead food lovers on a diverse journey through their city’s vast culinary empire, zeroing in on the ubiquitous dumpling. 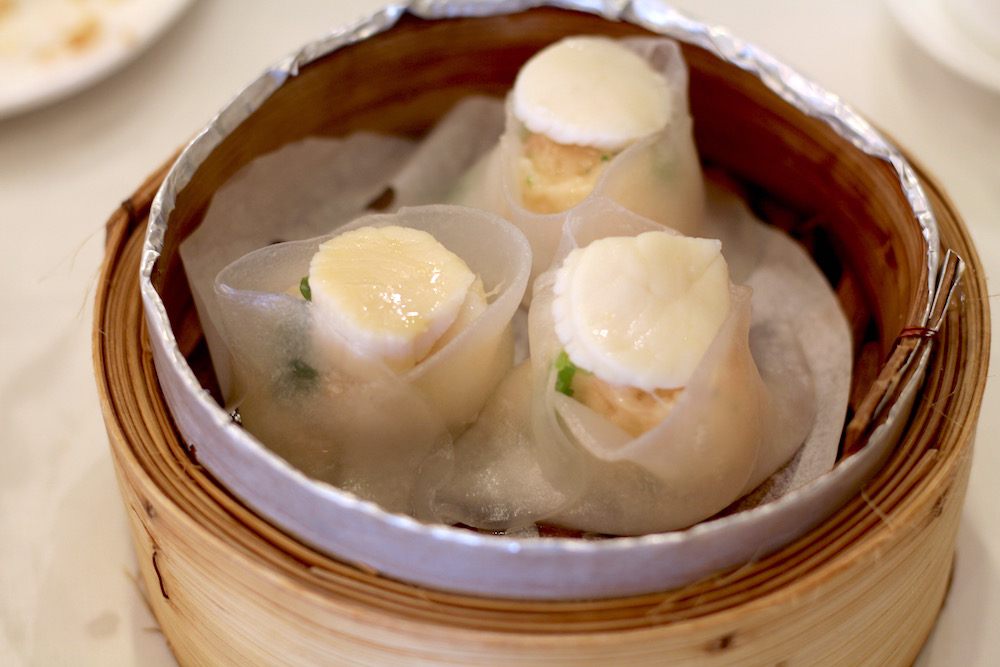 If dim sum, or food in general, is what brings people to Richmond from elsewhere in Metro Vancouver, or from the States, or anywhere else in the world for that matter, the well-fed crew at Tourism Richmond know this. “We recognize our strengths here,” attests their Director of Communications, Colin Wong, as we chat away amidst the upbeat din inside Empire Seafood Restaurant late on a Tuesday morning.

“We’ve got what we call the ‘Triple A’ here,” Wong explains. “Accessible, affordable, and Asian.”

There are over 800 restaurants in Richmond, and of that about half are Asian. Food seekers can easily and immediately find themselves immersed in what feels like, to essentialize, another city, another world, just a quick drive or Canada Line ride away from Vancouver proper. Food is the universal language here, and in a way, the quest to try all manner of foods, spanning budgets, and cuisines, is the passport. So Tourism Richmond pinpointed the humble dumpling, and, quite literally, used it to build a website with a map and guide for seeking them out in Richmond.

Dumplings show up in just about every culture’s food, from the pierogi to gnocchi, and of course its many iterations in Asian cuisine. In Richmond, there are Chinese dumplings of many kinds, interpreted through nimble hands, regional traditions, or Western-tinged evolutions, along with Korean dumplings (mandu) and Japanese dumplings (gyoza). The Dumpling Trail is a Choose Your Own Adventure, with recommendations on where to find certain styles and kinds of dumplings. 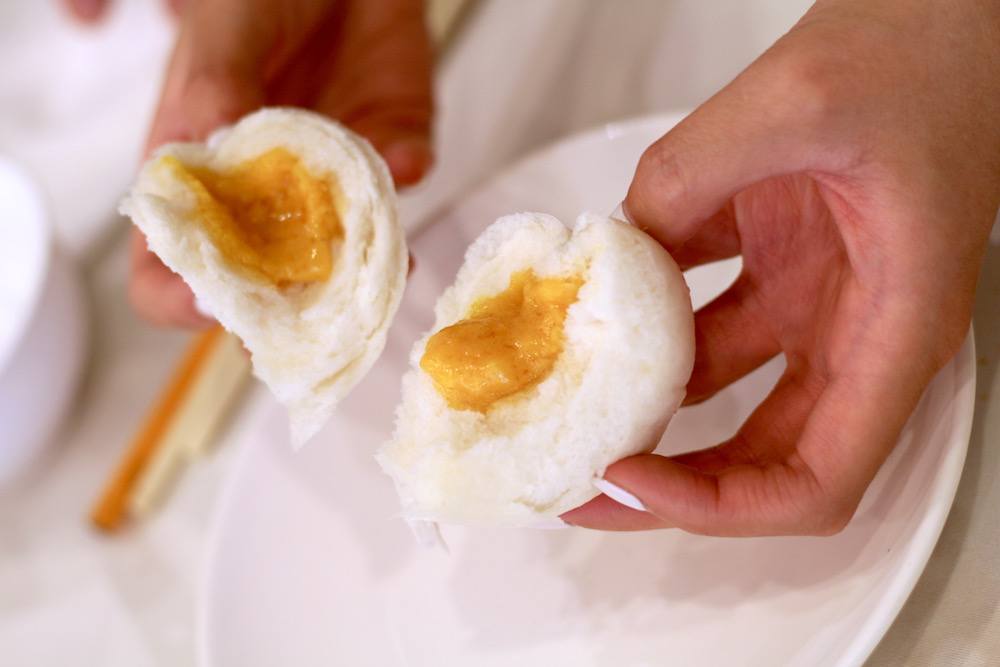 At Empire, pillowy buns are split open to reveal a creamy egg yolk centre. It’s perhaps not a dumpling, but you’ll want it on your table at Empire alongside the ha gow, shu mai, and wu gok–the latter a fried bundle of mashed taro root strands tangled here with savoury bits of duck (it’s pork on many other menus around town).

Inside the Richmond Public Market, the second floor’s food court resembles a hawkers market more so than a suburban mall’s fast food zone. Stalls run their own hours, their displays an array of hand-printed or even hand-written signs, the vendors splitting duties between taking orders and hand-pulling noodles or filling dumplings. 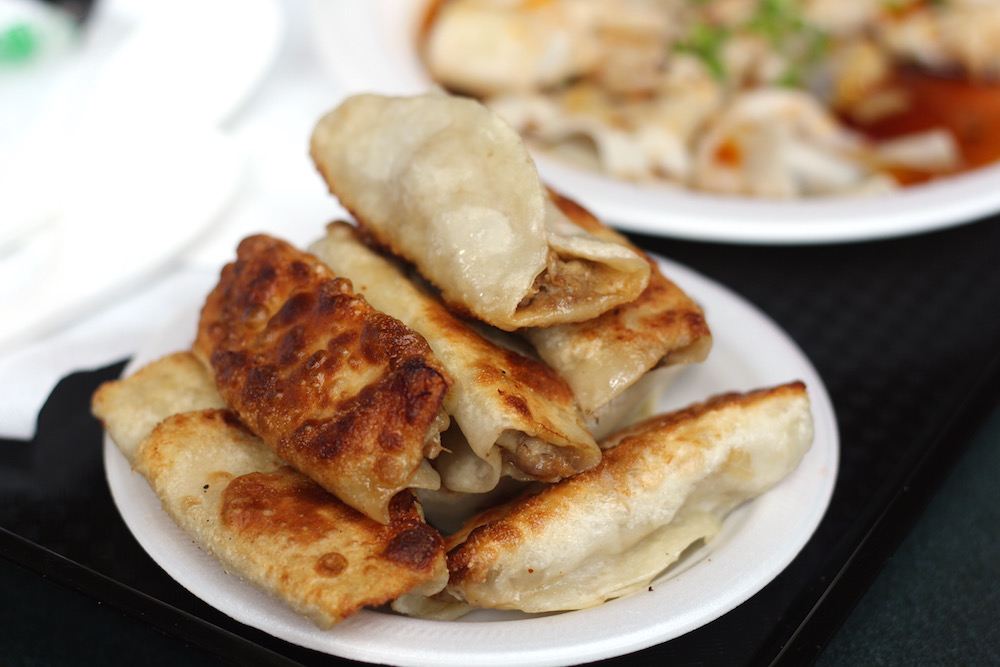 At Xi An you can order up pan-fried open-ended dumplings, showcasing a regional technique, or feast on the rustic-looking crowd of dumplings in a light sauce with flecks of spicy chili flakes. This is the cash only, disposable plates kind of world of dumplings; a whole other tasty adventure.

Similarly, in Lansdowne mall’s food court, you can watch the masters at R&H fill and fold dumplings. It’s mesmerizing. When your number is called, you retrieve your plate teeming with juicy water-boiled dumplings, or steamer basket of Xio Long Bao–Shanghainese soup dumplings. Are you a side nibbler, or a top biter, or a all-in-one go soup dumpling eater? Spoons up! 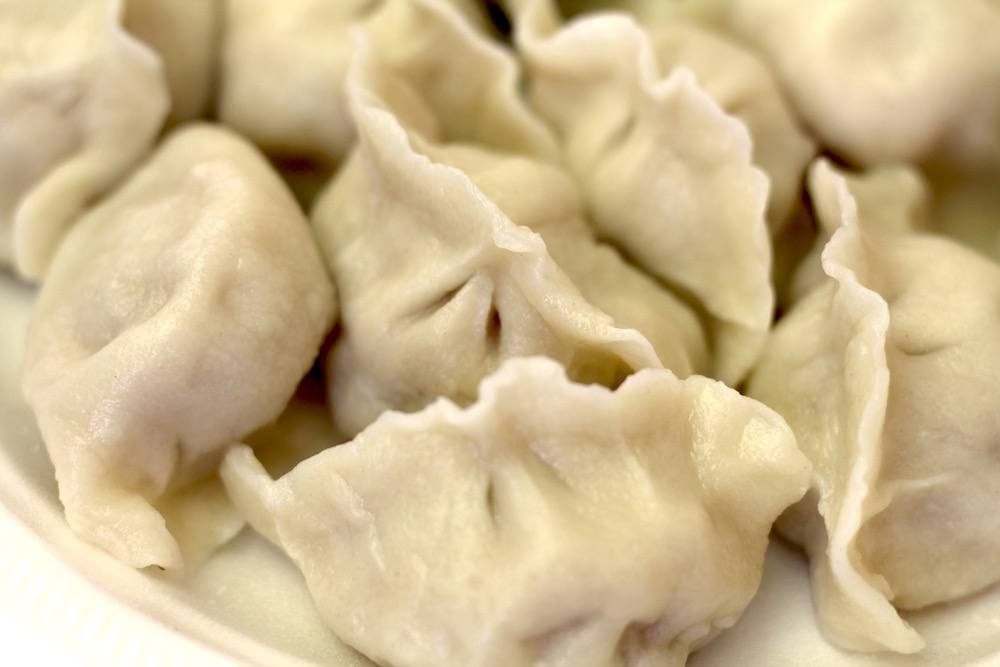 For Korean dumplings, the Trail sends us to Samsoonie, an endeavour that began as an off-shoot of a local dumpling business whose products were so loved, the owners were urged to serve them up at a restaurant of their own. Dredge your fried or steamed mandu (the Korean catch-all term for dumplings) in the tangy-spicy juices of their kimchi, or order them in a rendition paired with chewy, elastic noodles and a hodge-podge of accoutrement from matchstick slivers of cucumber and dried seaweed to shards of cabbage and carrot, and a boiled egg.

There’s no official start or end to the Dumpling Trail. It’s limited only by your appetite, your schedule, and your budget. Designed to be easily enjoyed by car, bike, public transit, or your own two feet, Richmond can be like a small world made smaller through the lens of a food item as modest–but oh-so-delicious–as the dumpling. From “a little bit of heart” at dim sum time to a plate of potstickers, there is much to explore. 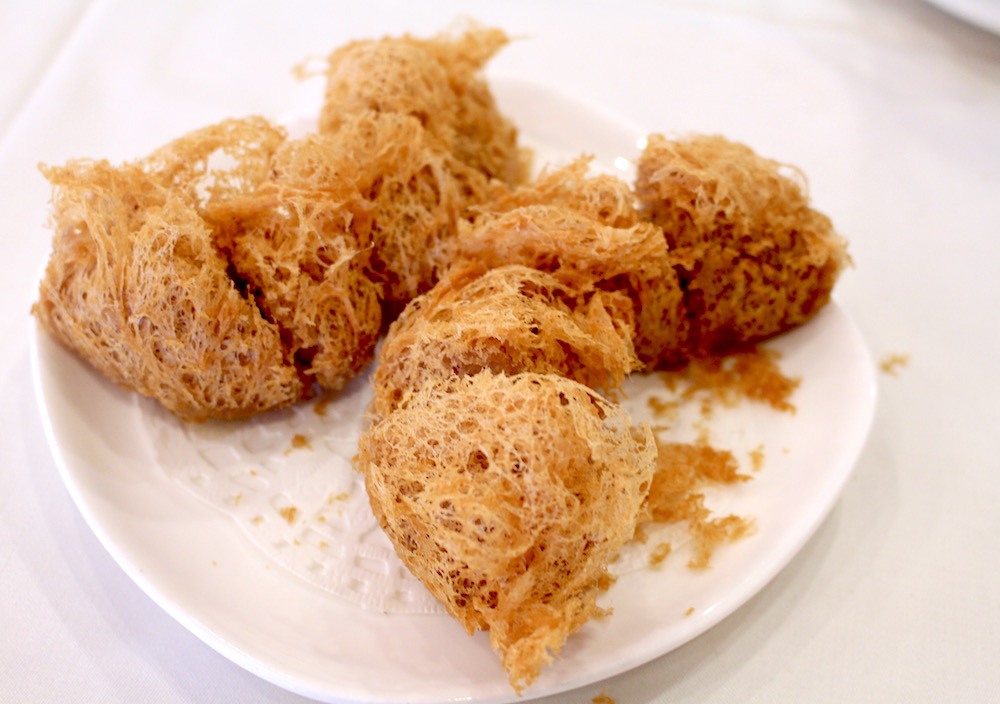 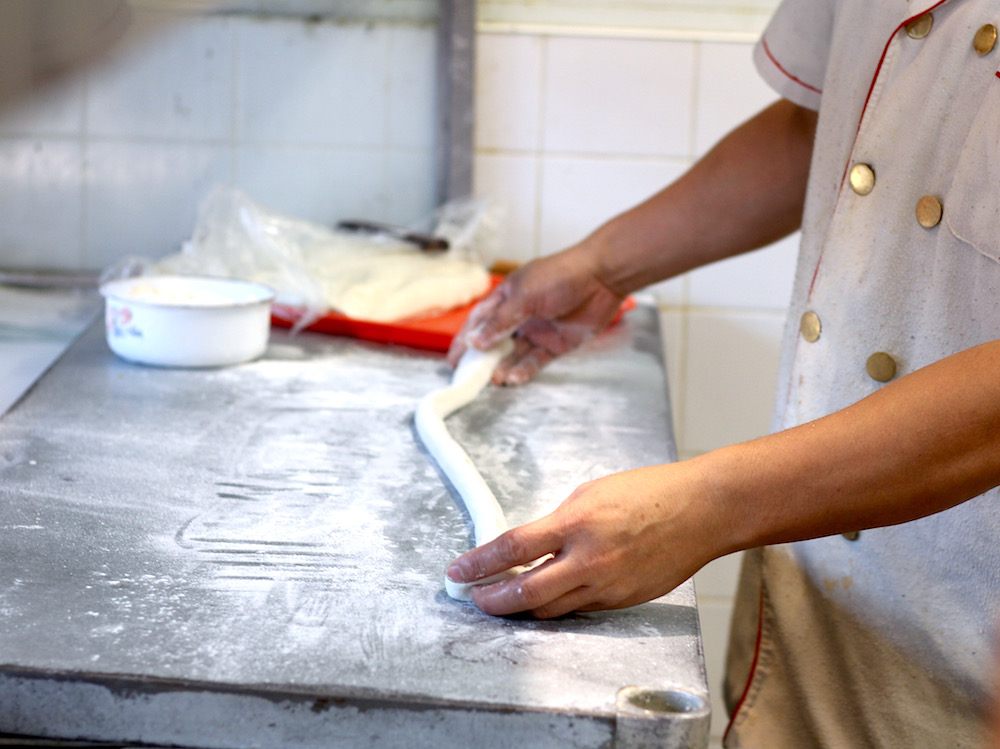 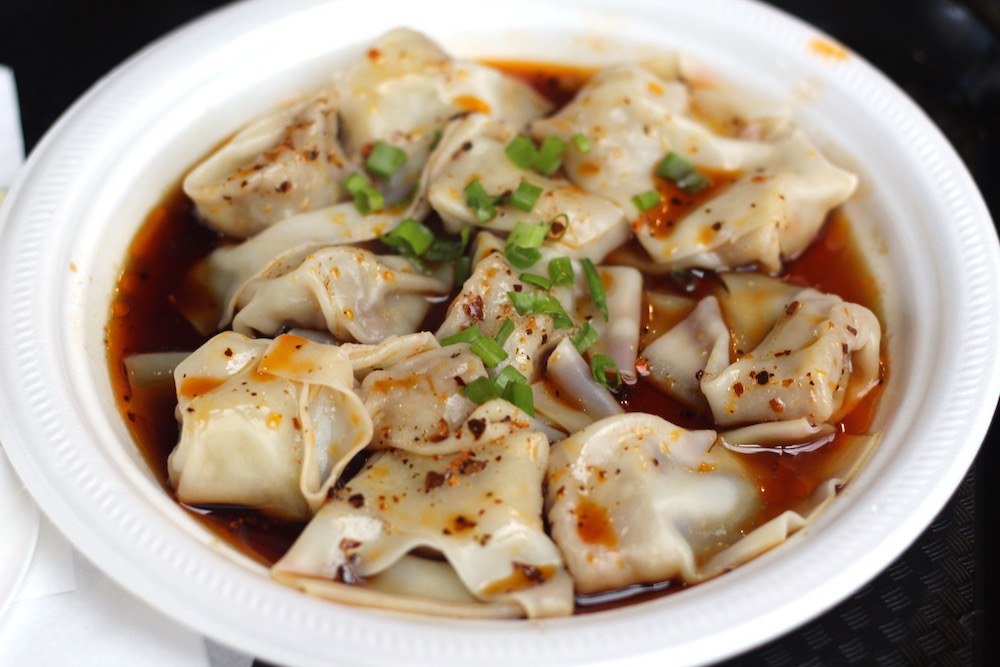 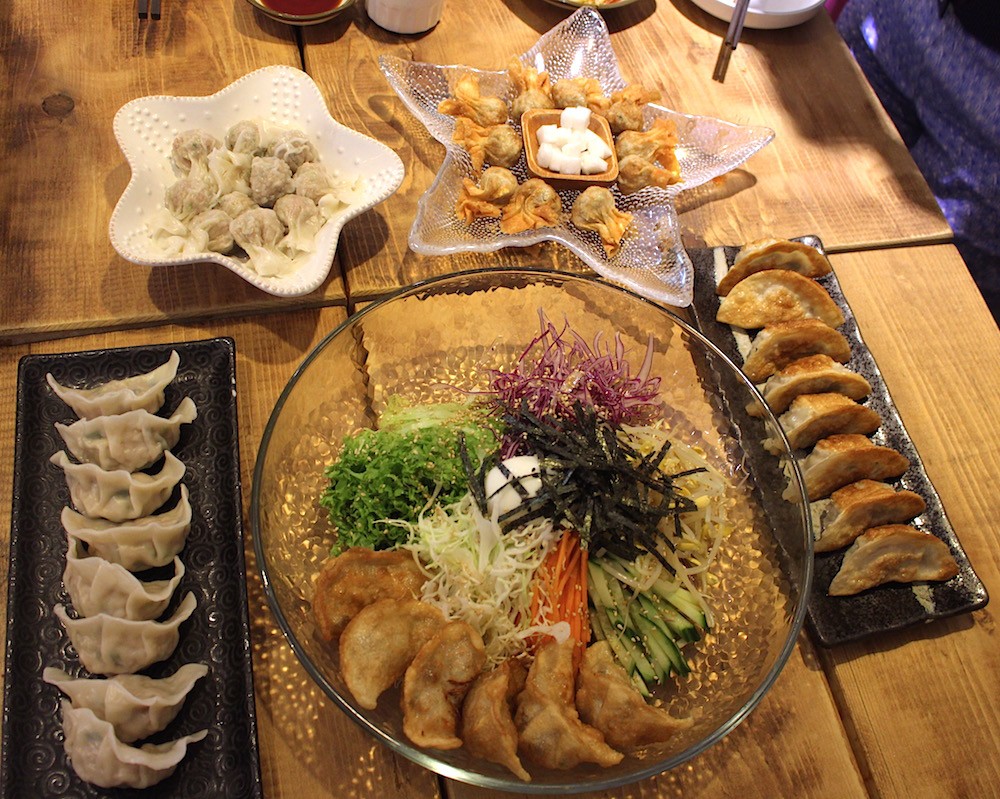 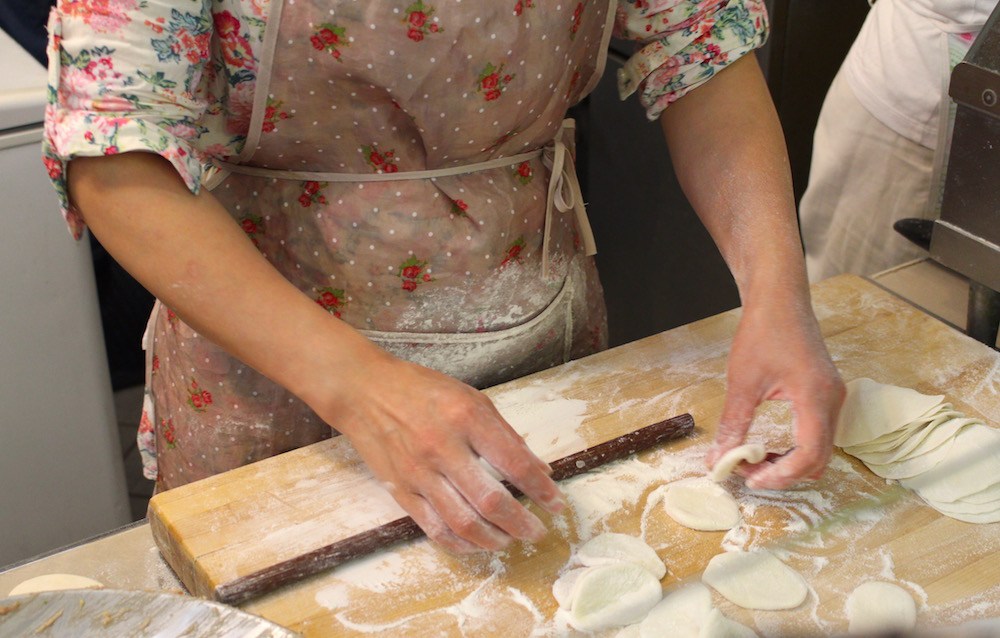 Dumplings being made at R&H (Lindsay William-Ross/Daily Hive) 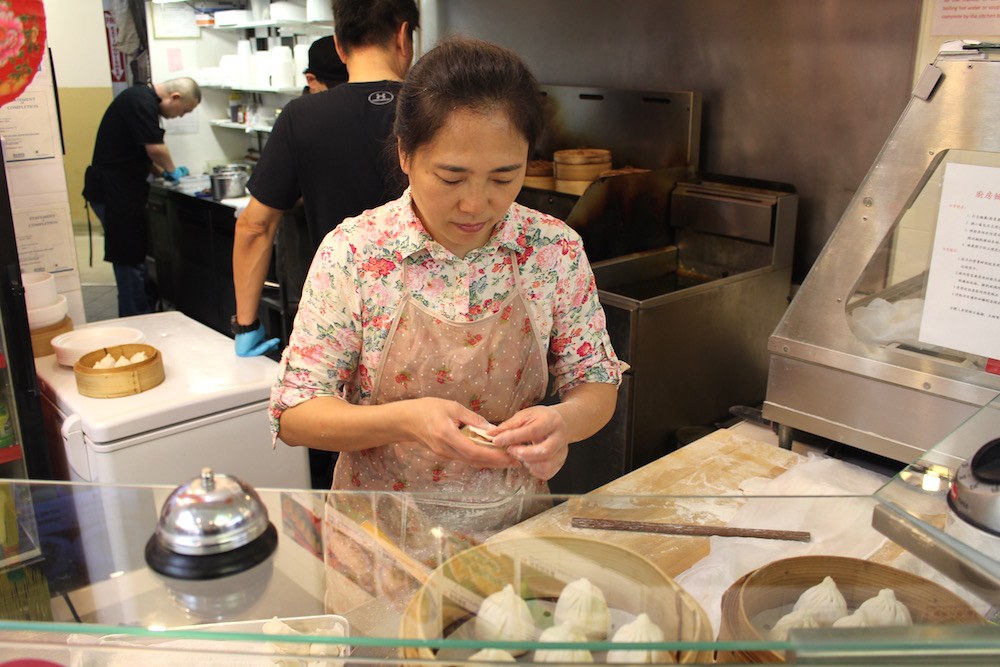 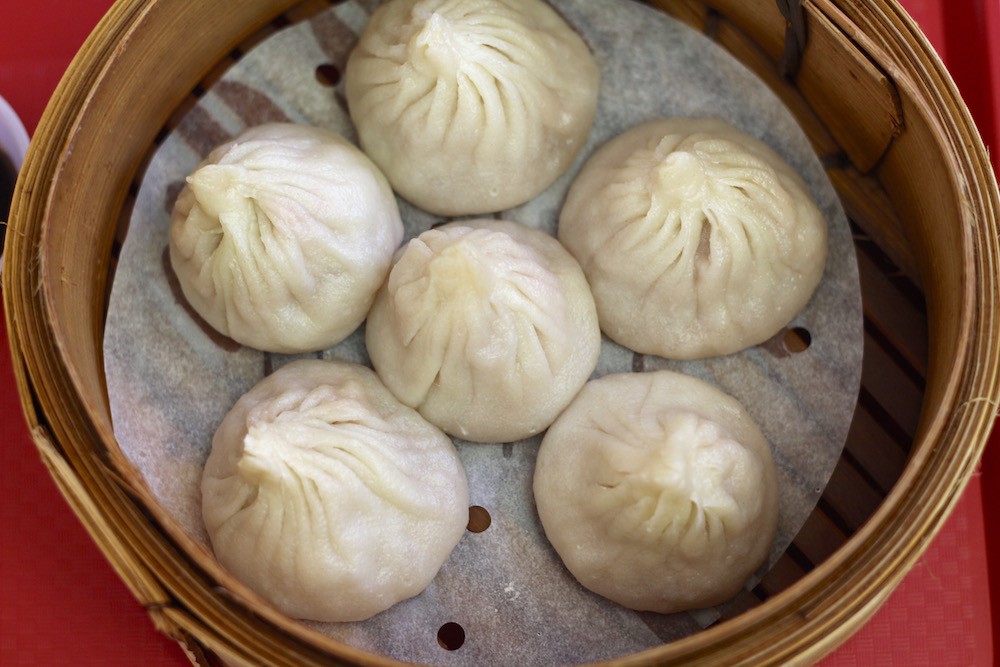 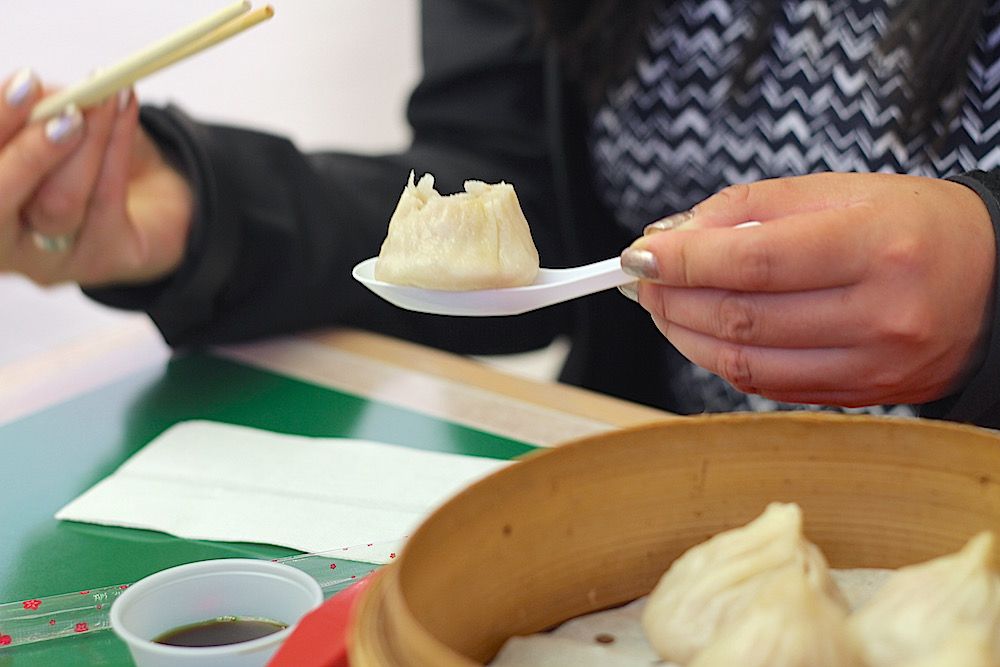