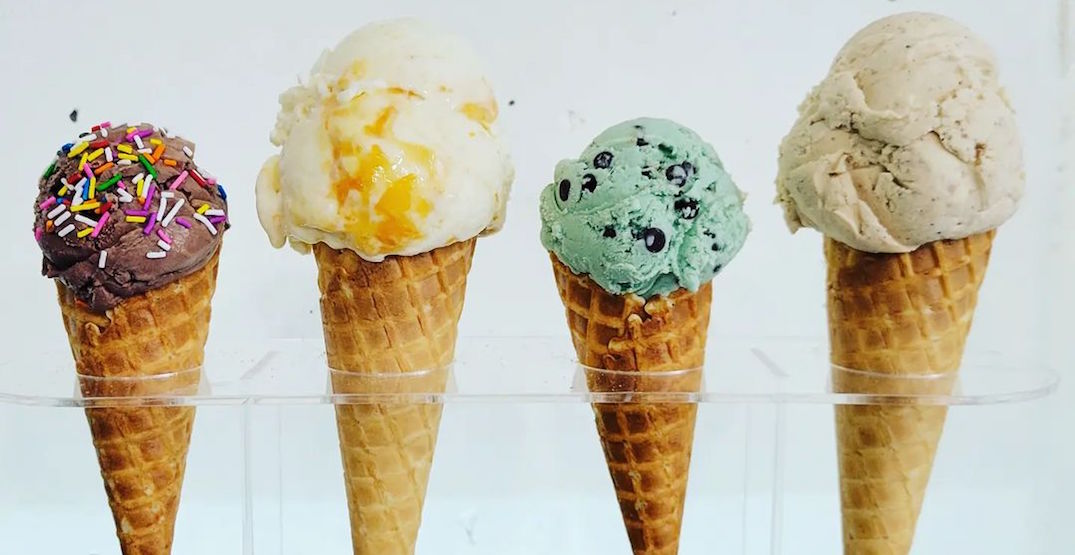 National Ice Cream Day is coming up this weekend and, ahead of the auspicious day, we’re looking at some of the Lower Mainland’s top spots.

Vancouver and the surrounding area are home to a ton of fantastic scoops, but there are a few that stand out when it comes to what the public deems the best.

According to Google, there’s one Metro Vancouver spot that receives one of the highest ratings compared to others across the country.

You can grab both scoops in a cone or cup as well as pints of this shop’s house-made frozen treats, and even if you don’t live in Surrey it’s probably worth a drive to check it out.

The top-rated spot in the country is Ice Cream Squad, located in Ajax, Ontario.

Several other BC ice cream shops made the list as well, including QB Gelato and Bakery in Kelowna, La Carraia Gelateria Cafe in Vernon, Love’s Ice Cream in Cumberland, and Alice + Brohm Ice Cream Co. in Squamish.

As for Vancouver proper, Earnest Ice Cream, Passione Gelato, La Glace, Rain or Shine Ice Cream, and Dolce Amore were the top-rated spots around the city.

In BC, the most searched ice cream flavour was Ube, while in Alberta it was pistachio and in Ontario, vanilla was the most sought after.

National Ice Cream Day is Sunday, July 17, so no matter where you choose, you’re probably going to want to get some ice cream that day.