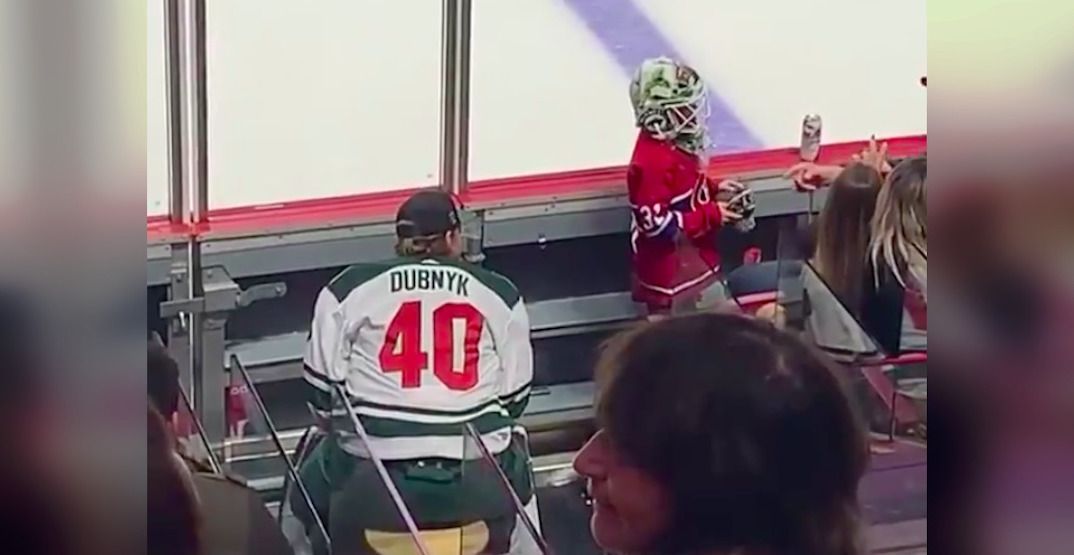 Who was that masked man?

A young hockey fan, decked out in a Carey Price jersey, was treated to a double-dose of happiness on Thursday night as the Montreal Canadiens sailed to a 4-0 victory and the youngster got to test out a real NHL goalie mask.

The Bell Centre is a rather oddly designed arena and doesn’t offer much room for backup goalies to sit with the rest of their teammates on the bench. With Alex Stalock getting the start against the Habs, Devan Dubnyk, usually the starter for the Minnesota Wild, who was seated near the visiting team’s exit, found himself a new friend.

The 33-year-old Saskatchewan native, whose had a rough statistical start to the 2019-20 NHL season, at least got a win in the “that’s adorable” section of the stat sheets.

Dubnyk let the youngster try on his mask, captured on video that has picked up over 70,000 views on Twitter.

Devan Dubnyk allowing a young @CanadiensMTL fan to try on his helmet is too good. 💚

The Wild’s loss dropped their record to 1-6-0 but at least it seems that Dubnyk has locked up a new lifelong fan.

Price, whose jersey the young fan was wearing, notched his 45th career shutout in the win.