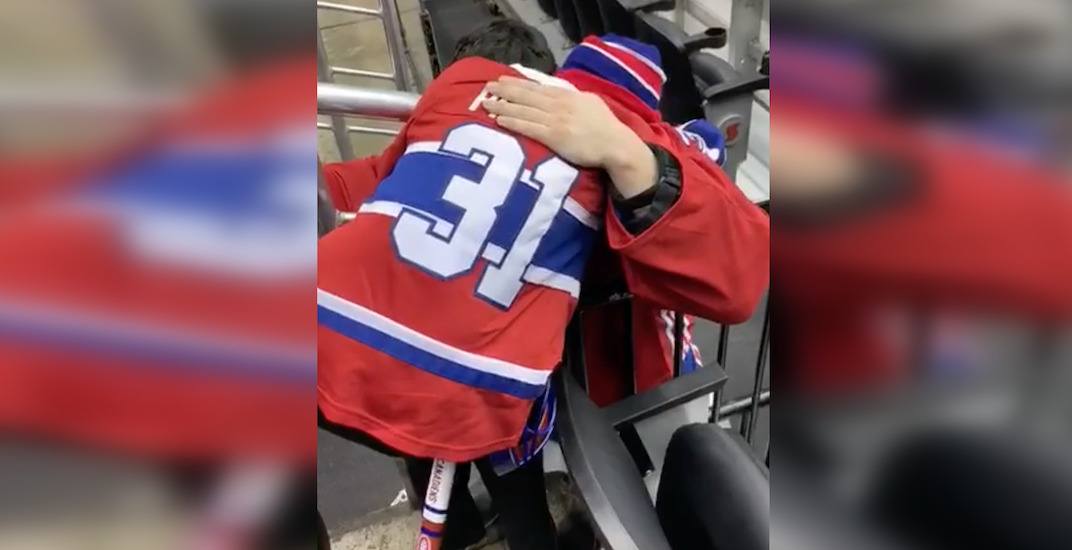 A video involving Montreal Canadiens goaltender Carey Price and a boy who recently lost his mother to cancer will pull at your heartstrings.

Following the death of his mother, Anderson got the opportunity to watch the Montreal Canadiens practice in Toronto before Saturday’s game against the Maple Leafs. Dressed in a #31 Price jersey, Anderson was in tears meeting his hockey idol.

“I wanted to share this video of my nephew Anderson, meeting his idol, Carey Price of the Montreal Canadiens,” Anderson’s aunt, Tammy Whitehead, wrote on a Facebook post. “Last year as Anderson’s mom was dying of cancer she promised she would do everything she could to make his dream come true. Unfortunately, she passed away before that could happen but through some very kind and generous friends we were able to arrange a visit to the morning skate.”

Price showed incredible kindness, going above and beyond by giving the youngster a big hug before handing him two goalie sticks, signing anything he wanted, and posing for photographs.

It was a simple gesture, but it clearly left a lasting impact on Anderson and his family.

“As you can see in the video, Carey Price was a class act not only giving Anderson two signed sticks, a signed puck, signing his jersey and mini stick but he also gave him the biggest hug,” Whitehead added.

“Words cannot describe how much this meant to Anderson and we are forever grateful to this wonderful man.”