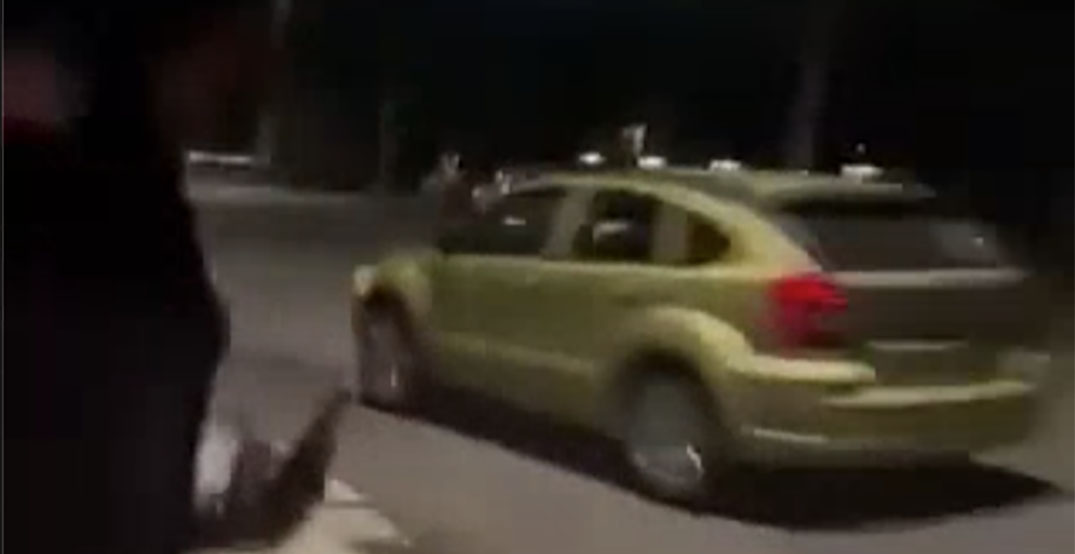 The BC Muslim Association is speaking out after a disturbing incident Wednesday evening where a driver sped up towards worshippers outside a Surrey, BC, mosque and threw water at them.

Part of the incident was captured on video and shared in a local halal food Facebook group. The driver is seen speeding past Surrey Jamea Masjid where a group of men stands outside. Once the driver reaches the end of the block, they turn around and accelerate toward the group again.

“He just tried to hit us with a car … they are coming back,” a man is heard saying off-camera, who appears to be on the phone with 911 dispatchers.

BCMA issued a statement about what happened on Thursday, saying it’s “gravely concerned” about the threatening maneuver while Ramadan worshippers were exiting evening prayers.

“In the aftermath of the London terror attack, the feigning of running over community members is not a small matter,” NCCM said. “While our first priority is towards making sure our congregants are safe in the aftermath of such a terrifying incident, we are calling on the police to investigate this as a potential hate crime.”

Surrey RCMP confirmed it is investigating the incident, saying it happened around 11 pm at 124th Street and 72A Avenue.

“Within minutes of the initial report, a subsequent call was received that the same vehicle left the roadway and almost struck one of the pedestrians,” the force said.

Police believe they’ve already identified the driver, but their name won’t be released before charges are approved. Police said they don’t yet know the suspect’s motives.

“This is a very disturbing incident directed at our Muslim community. We will be working to determine motive and want to reassure the community that the incident will be fully investigated.”

Anyone with additional information about what happened is asked to contact the National Council of Canadian Muslims at [email protected] and Surrey RCMP at 604-599-0502.

Daily Hive has reached out to the mosque for comment.