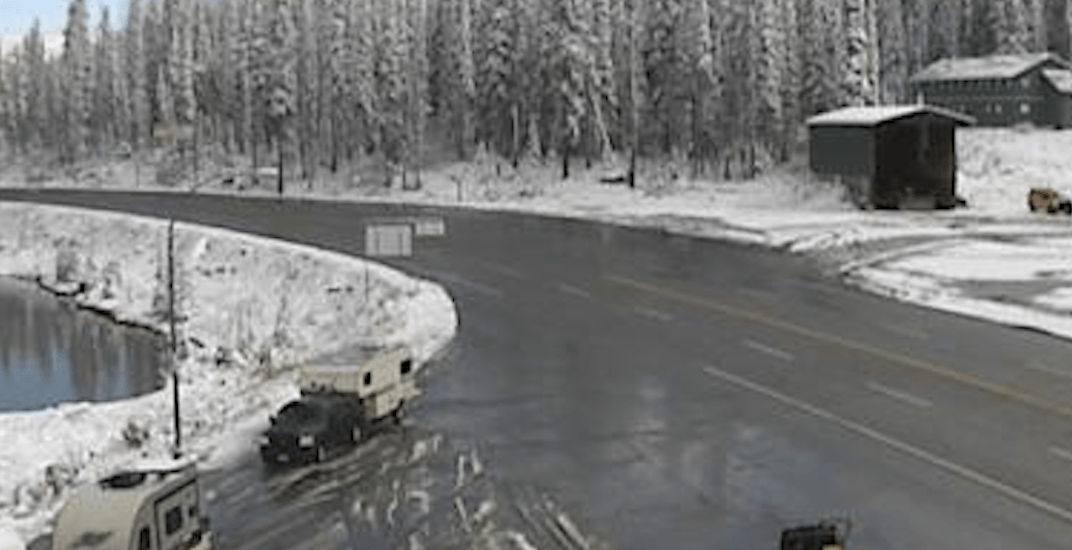 Snow can clearly be seen at the summit of Kootenay Pass on Highway 3 in BC's Southern Interior on Wednesday morning. (DriveBC)

It’s snow joke.  Winter is on the way.

And nowhere is this starting to become more obvious than on some of BC’s mountain highway routes.

On Wednesday morning, Environment Canada issued a weather advisory, warning of snow in the forecast, some of which has already been observed on the Okanagan Connector (between Merritt and Kamloops), Rogers Pass on Highway 1, and Kootenay Pass, on Highway 3.

And on Drive BC’s website, snow could clearly be seen on the ground at the summit of Kootenay Pass in the Southern Interior, about an eight-hour drive east of Vancouver.

“With the cold air mass remaining in place, the threat of snow will continue today and tonight,” the statement read.

Weather in the mountains can change suddenly resulting in hazardous driving conditions, and up-to-date road conditions are available at DriveBC.ca

Early snow has already fallen at some of the province’s high mountain peaks, such as Whistler Blackcomb.