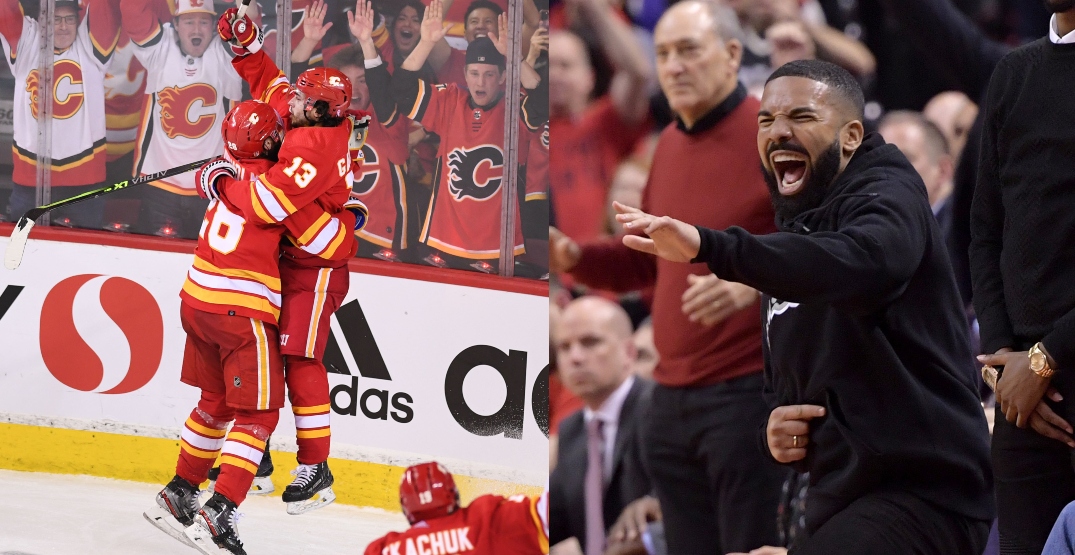 You win some, you lose some.

And let me tell you, Drake won some last night.

After the Rangers and Mavs did their part, Drake had over $2 million riding on the Flames. Johnny Gaudreau ended the game late in the first overtime period, putting Calgary into the second round, and $2,667,047.62 into Drake’s wallet. 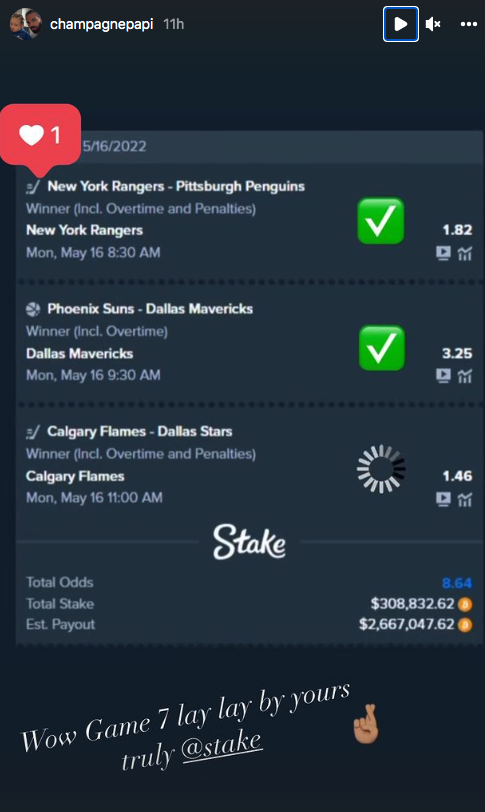 Drake has been throwing down money on sports betting with great regularity lately. He lost $400,000 last month during the NBA playoffs but cashed in $1.2 million after the Maple Leafs-Lightning Stanley Cup playoff series went to seven games.

Ironically, it was a Leafs loss that clinched the big payday for the Toronto native.

He hasn’t been shy about his gambling exploits, likely to drum up interest for Stake. Drake announced in March that he had partnered with the cryptocurrency betting platform.