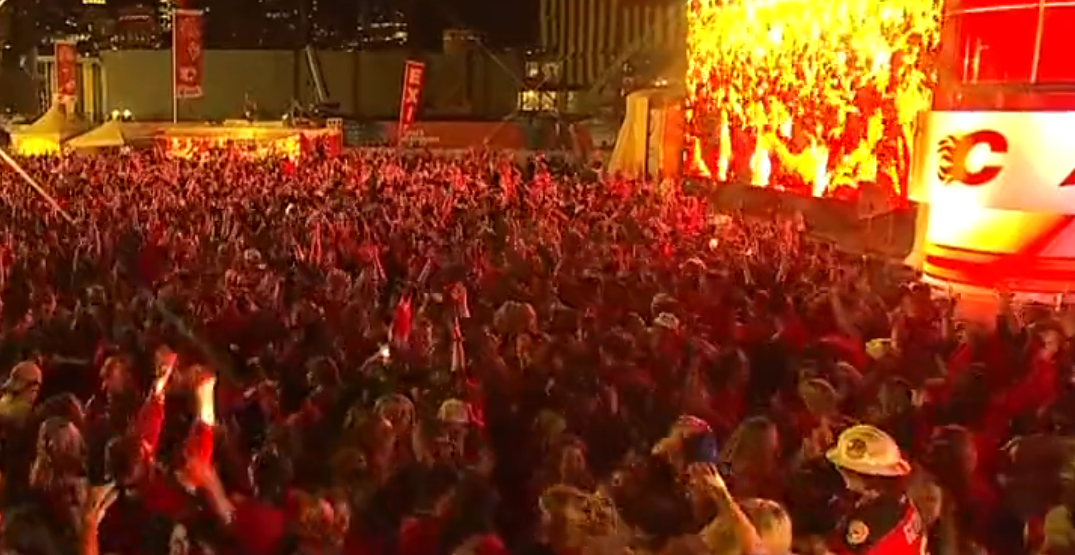 It’s not very often that Calgary Flames fans have had a Game 7 overtime goal to celebrate.

In fact, Johnny Gaudreau’s marker on Sunday evening was just the third Game 7 overtime winner in franchise history, per Sportsnet.

So you can bet that Calgary made sure to celebrate it hard.

It took an agonizing 15:09 of overtime for Calgary to find the winner, but the worth was well worth it.

Flames fans at the official Red Lot viewing party and all throughout the famous “Red Mile” went absolutely bonkers once the puck crossed the goal line.

Still not over it 🚨pic.twitter.com/Ucg2OFT96l

“Oilers Suck” chants were not too uncommon. Coupled with Edmonton’s Game 7 victory on Saturday night, the parties were pretty hectic all across Alberta this past weekend.

Even Brady Tkachuk came out.

The red mile is alive. 🔥🔥🔥 pic.twitter.com/uljhZeBe2H

Rest up the next couple of nights because it’s time to do it all again in just a few days. Game 1 of the Battle of Alberta goes Wednesday night in Calgary, with the full Flames/Oilers schedule available here.