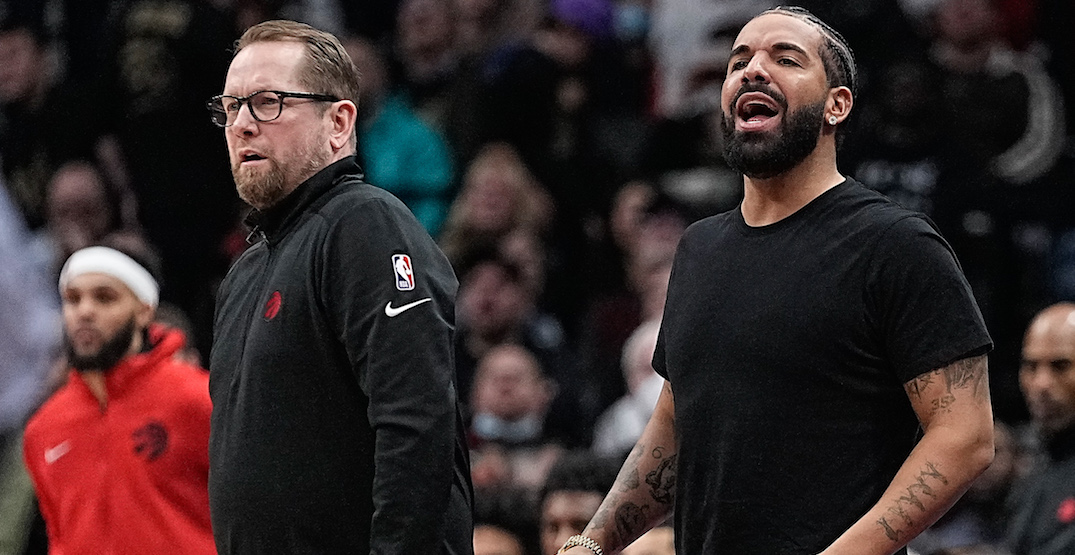 What a night for the Toronto Raptors on Monday night.

Too bad Drake didn’t have them on his betting slip.

The Canadian rapper and Raptors global ambassador made one big bet last night, posting the details of it on Instagram prior to yesterday’s games.

Drake stood to win over $2.2 million on a three-game parlay, which didn’t include his beloved Raptors. It did include the Blue Jays though, as Drake correctly picked Toronto to beat the Boston Red Sox.

He was correct on the Dallas Mavericks beating the Utah Jazz as well.

Just one problem. In a three-game parlay, you need to get all three games right, and he missed on the first of his three predictions.

Drake picked the Brooklyn Nets to beat the Boston Celtics, but Kevin Durant and company let him down. 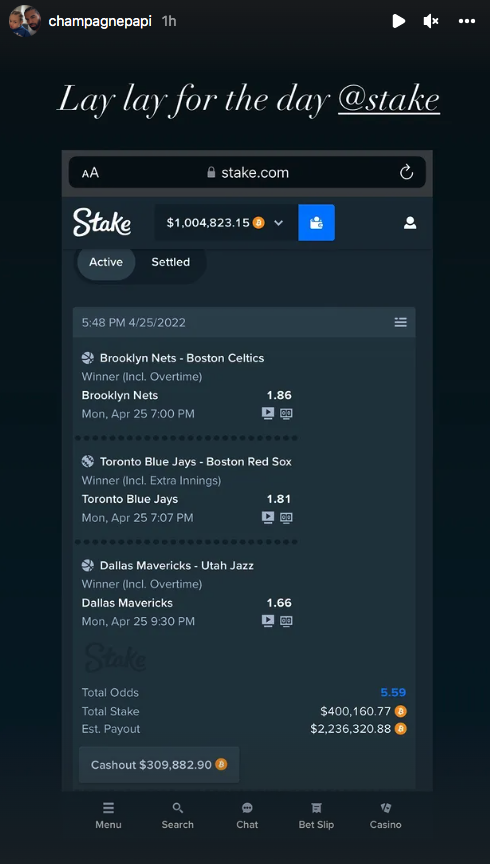 Instead of winning $2.2 million, Brooklyn’s loss cost Drake over $400,000, though he should be able to manage that.

The 35-year-old is one of the world’s highest-paid celebrities, with Forbes estimating in 2019 that Drake earned $75 million per year.

Drake can also take solace in the fact that the Raptors have pushed the Philadelphia 76ers to a Game 6 back in Toronto. The Raptors are attempting to become the first team in NBA history to win a series after trailing 3-0.