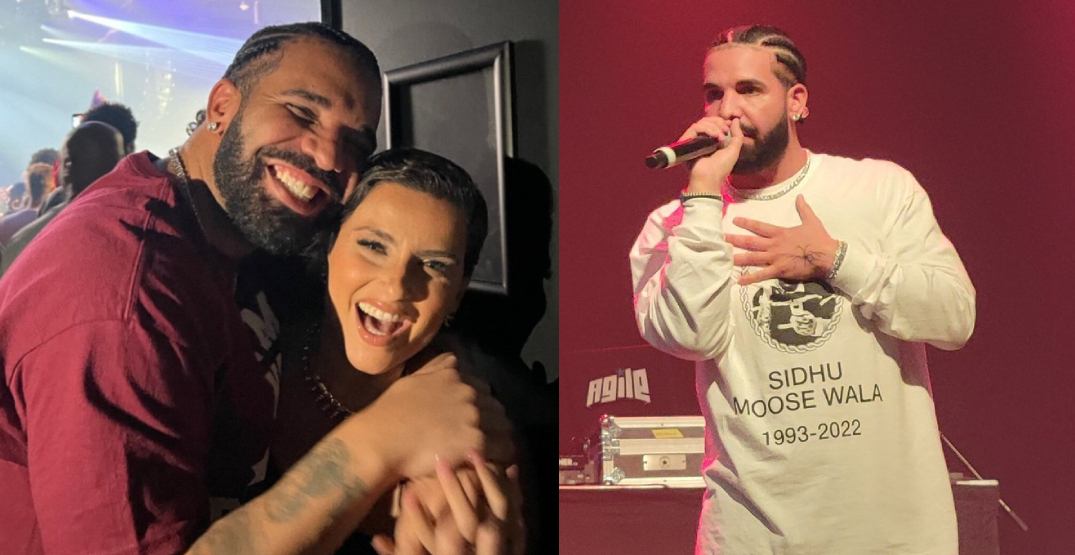 Drake kicked off day one of OVO Fest with the All Canadian North Stars show last night, and it was a star-studded affair with a touching tribute.

Drake was up to his old tricks of special guest appearances and brought out Nelly Furtado. By the looks of it, he was pretty hype about it, too.

The two artists had a viral moment together, singing Furtado’s hit song, “I’m Like A Bird” for the ecstatic crowd.

Drake brought out Nelly Furtado to perform her hit ‘I’m Like a Bird’ at his concert last night. 🔥pic.twitter.com/HUVsjRP1z8

The memorable moments didn’t end there, of course.

Drake honoured the late Indian rapper Sidhu Moose Wala, coming out on stage wearing a T-shirt that paid tribute to his life.

Naturally, the crowd was fired up, on an emotional first night of what promises to be an unforgettable weekend of performances.