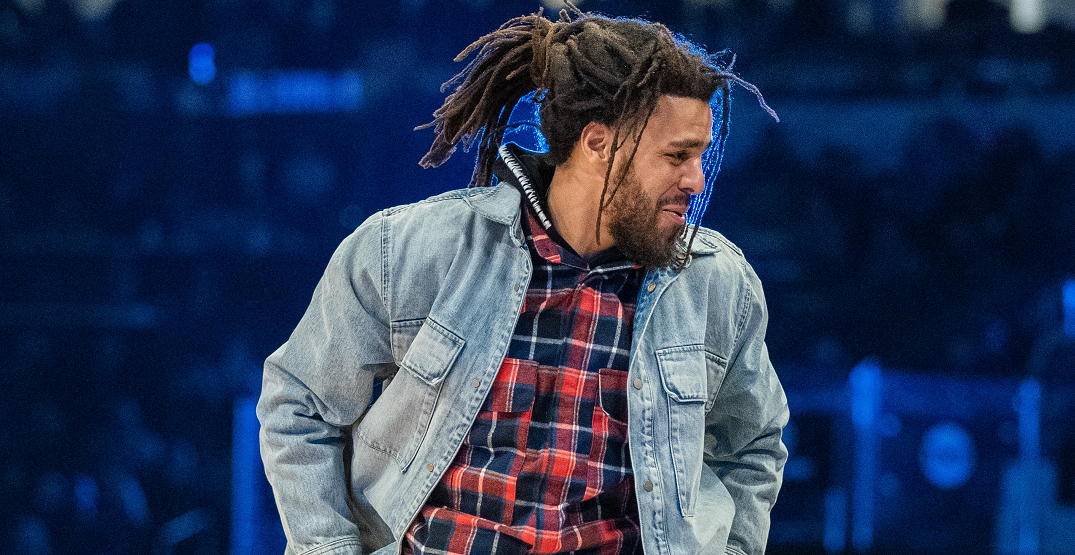 When Grammy Award-winning artist J. Cole thought about playing professional basketball, he turned to an old pal in Drake to discuss his options.

J. Cole — listed on the roster as his birth name of Jermaine Cole  —  signed last week with the Scarborough Shooting Stars ahead of the expansion franchise’s first year in the CEBL, which is co-owned by Nicholas “Niko” Carino, one of the original founders of Drake’s October’s Very Own brand.

“In the entertainment world, there’s a lot of common friends,” Ibrahim said. “I think it was always maybe a passing conversation that really became a reality like maybe a month ago honestly.”

Ibrahim said there were lots of “hurdles and roadblocks” to signing Cole, but is happy the deal was signed.

“He’s on this team, he’s earning his time. He’s great to have around. He’s a great colleague are some of the younger guys,” Ibrahim said. “The reality is he’s embraced Scarborough just like the rest of us. It’s actually really cool. It’s really cool. Like he loves the city. He loves the slang. He loves this stuff that only we say. Just like we do.”

“We’re working really hard trying to improve his game,” Exilus said. “I don’t have a set play or set thing for him. I think it’s about getting better and contributing. The main thing with him and like all our players want to contribute and win. Winning is number one.”

Ibrahim echoed Exilus’ statements but said Cole’s treatment is “no different” than the rest of the roster.

“Right now it’s kind of to be determined, but he definitely has a role on this team,” Ibrahim said. “Just like any other athlete, based on performance, and based on what the coach thinks, they’ll get more or less minutes or more of an active role.”

One of his teammates, forward JV Mukama, said he didn’t even know the signing was happening until he bumped into the entertainment star during a physical.

Like Cole, Mukama played with the Rwanda-based Patriots Basketball Club in the Basketball Africa League, though they missed each other by a season. Cole spent three games with the team in 2021, while Mukama played there in 2019-20.

Mukama stressed that Cole is “there to play basketball,” rather than treat the experience as a publicity stunt.

“He’s been working as hard as anyone, if not harder,” Mukama added.

“I’m glad he’s here, glad to be here with him, we’ve built a good relationship so far. We’ll continue on with that,” Harris said of his relationship with Cole.

The Shooting Stars kick off their season on Thursday, May 26, with a game at Guelph’s Sleeman Centre arena against the host Nighthawks.