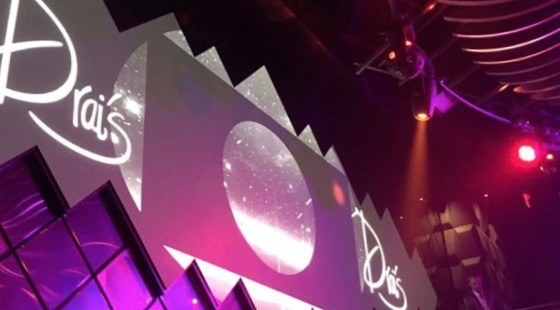 This 8,000-square-foot club is located inside the Trump International Hotel & Tower and includes a mezzanine, outdoor patio, and indoor pool.

But unless you’re among the bad and boujee (or can pretend you are until your credit card bill rolls in), you may need to sell most of your belongings if you want to enjoy it come Friday, March 3 when it opens.

To give you an idea of what we’re talking about, the least expensive item on the menu is a 750ml bottle of Louis Roederer for $260, and the most expensive items are the Ace of Spades Magnum Parade (five bottles) and the Dom Perignon 6L, both go for a cool $15,000.

Drai’s Vancouver is the first Canadian location for the original Las Vegas beachclub and nightclub. We decided to see how the two locations’ prices compare so you can check out how much a typical night at Drai’s Vancouver will set you back.

We’ve converted the Drai’s Las Vegas menu from US dollar-prices to Canadian currency so we can compare the prices to to Drai’s Vancouver’s.

Vancouver’s menu has a selection of most of the drinks that Future raps about, along with a great selection of champagnes including Moët & Chandon, Dom Perignon, and several varieties of Champagnes Parades which include five bottles.

It looks like Drai’s Vancouver will actually be cheaper than the Las Vegas location for us Canucks after conversion – but it will still cost us regular folk a pretty penny to keep up with the ballers in this new nightclub.

Other differences between to two locations include the lack of out-of-this-world packages in Vancouver – Drai’s Las Vegas offers luxury packages that include custom light show presentations, fireworks, and in some cases, inclusive private jet charters.

But Vancouver has $500 Bonoval Brut  – AKA spray champagne – so that pretty much makes up for our lack of chartered plane offers.