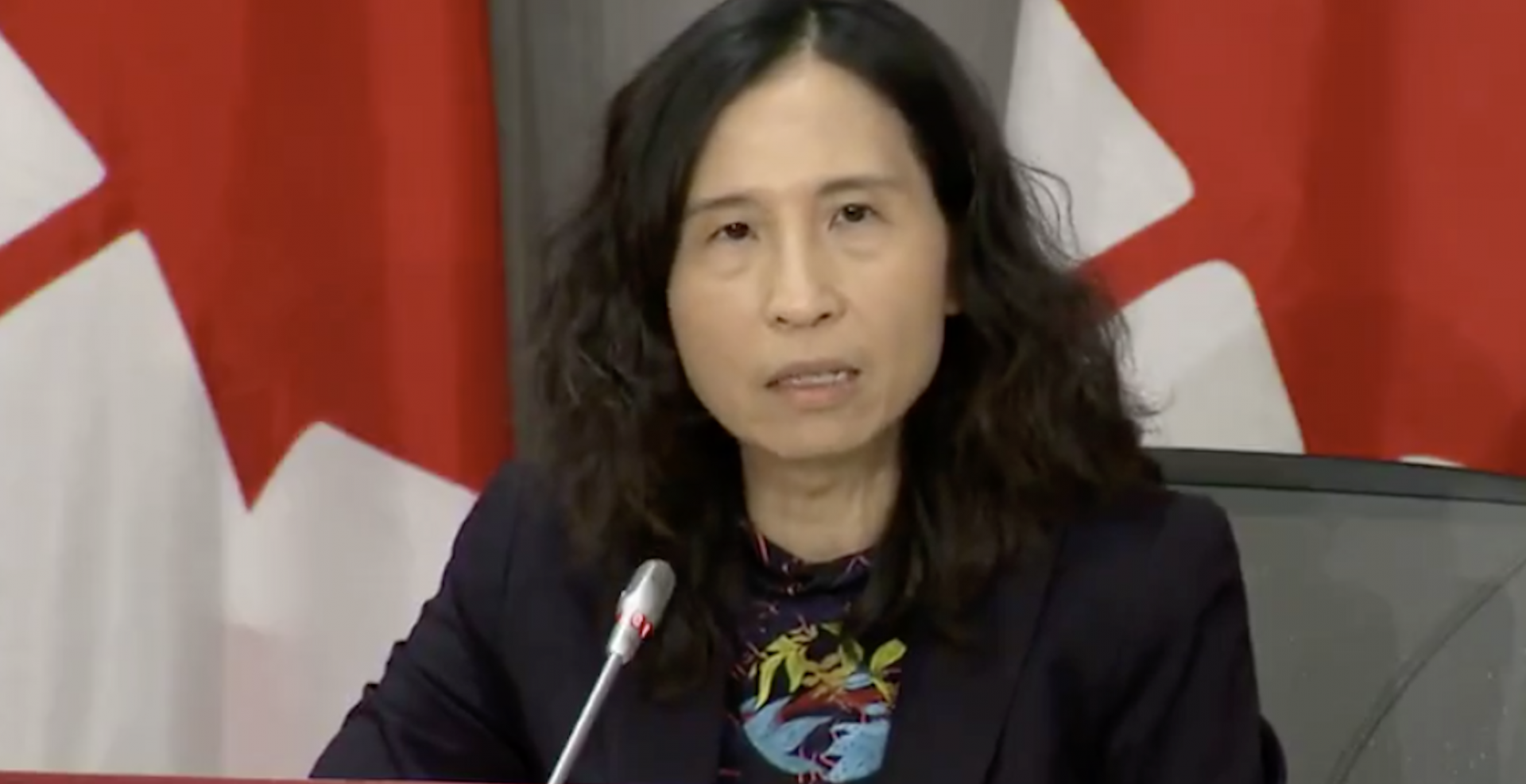 Canada’s Chief Public Health Officer, Dr. Theresa Tam, made mistakes in her response to the COVID-19 pandemic. But, as is usually the case with professional women of colour, the attacks against her have been not only disproportionately heavy-handed but also discriminatory.

“Dr. Tam is an appealing target to racists,” says Ian Young, the South China Morning Post’s Vancouver correspondent. “That notwithstanding, there is also plenty of valid criticism of her.”

In examining the attitudes of these Chinese-Canadian communities towards Dr. Tam, Young is able to assess the criticisms against her without succumbing to racist dog-whistling.

You asked for him!
He’s here!@SCMPNews’ @ianjamesyoung70 is on the podcast to discuss masks, the Canadian-Chinese community’s distrust of Dr. Tam, racism, and COVID19!

Many of Dr. Tam’s loudest critics, including Rebel Media, Alberta Premier Jason Kenney, and, most notoriously, Conservative Party of Canada leadership candidate Derek Sloan, have been accused of racist overtones for two reasons.

First, their criticism applies a double-standard whereby Dr. Tam is held to a higher level of accountability than her non-Asian peers. Second, their criticism implies that Dr. Tam is disloyal to her country of Canada in favour of China, as a result of her ethnic ancestry.

Young points out the double standard: “[Dr. Tam] is not alone in having danced to the tune of the World Health Organization. It’s a massive stretch to argue that Theresa Tam has done something extraordinarily awful by following the WHO’s directives and advice… A lot of that information turned out to be largely based on wrong information that was coming out of China. But she’s not alone in that.”

Secondly, tarring someone as some sort of double agent implicitly because of their ancestry is racist. There is no evidence that Dr. Tam was in any way directed by the Chinese government in her communications to the public or her decision-making.

However, there is plenty of valid criticism for Dr. Tam and the Canadian government, much of which originated from Canadian-Chinese communities in the early stages of the pandemic. The faithful adherence to WHO guidelines tops the list of fair complaints.

The politicization of the United Nations, and by extension the WHO, has cast doubts over the objectivity of the WHO for many decades. The WHO only recognizes nation-states that are members of the UN, which does not recognize Taiwan – a position that mirrors China’s stance on Taiwan. China’s influence in the UN, including its permanent seat on the UN Security Council, is at the heart of Taiwan’s exclusion from the UN and WHO.

“The mistrust of the World Health Organization and its guidance and anyone connected to it, as Dr. Tam is, is an extremely prevalent point of view particularly amongst Hong Kong and Taiwanese Canadians,” explains Young. “This presumption that the World Health Organization is thus kowtowing to Beijing, that’s a discussion that the Chinese communities here in Canada have been having for years.”

This distrust was perhaps most amplified by the now-infamous WHO tweet on January 14 which stated: “Chinese authorities have found no clear evidence of human-to-human transmission of the novel coronavirus.”

“When people saw what was happening in China, they didn’t believe [the WHO tweet],” says Young. “It was quite clear there was human to human transmission going on. I can’t see how the Chinese government could not have been aware of that.”

This underlines why many Chinese-Canadians felt that the Canadian government was slow to act.

“[Dr. Tam] and the Canadian government, in general, were slow and didn’t take it seriously enough. The Chinese community was seeing something that was happening overseas, happening fast, and happening in a way that alarmed them. They knew people and they knew family and friends who were being affected by this.”

Dr. Tam, Prime Minister Justin Trudeau, and Minister of Health Patty Hajdu resisted serious border controls throughout January and February, until closing the Canadian border about a week after the WHO declared the global outbreak of COVID-19 a pandemic.

Meanwhile, as Dr. Tam had insisted that medical masks should be reserved for frontline healthcare workers, she also stated as late as March 30 that there was no need for civilians to wear masks. She then changed her position on April 6, asserting that masks provided a layer of protection against the spread of COVID-19.

“The failure to act quickly on borders will go down as a very big misstep. There was a lot of flip-flopping about face masks, that’s something that really gets the goat of the Chinese communities here.”

Of course, Dr. Tam was not alone in these missteps. As much, if not more blame can be allocated to the Trudeau government in Canada’s early missteps during the COVID-19 response. Adherence to misinformed WHO directives early on in the pandemic and slow action to respond were systemic failures by the Trudeau government, not unique to Dr. Tam.

Unfortunately, though, it is Dr. Tam who bears the brunt of the criticism.

In trying to decide whether or not any particular piece of criticism of Dr. Tam is racist, Young maintains that answers can be found within the Chinese-Canadian communities.

Have a listen to the full This is VANCOLOUR podcast with Ian Young: