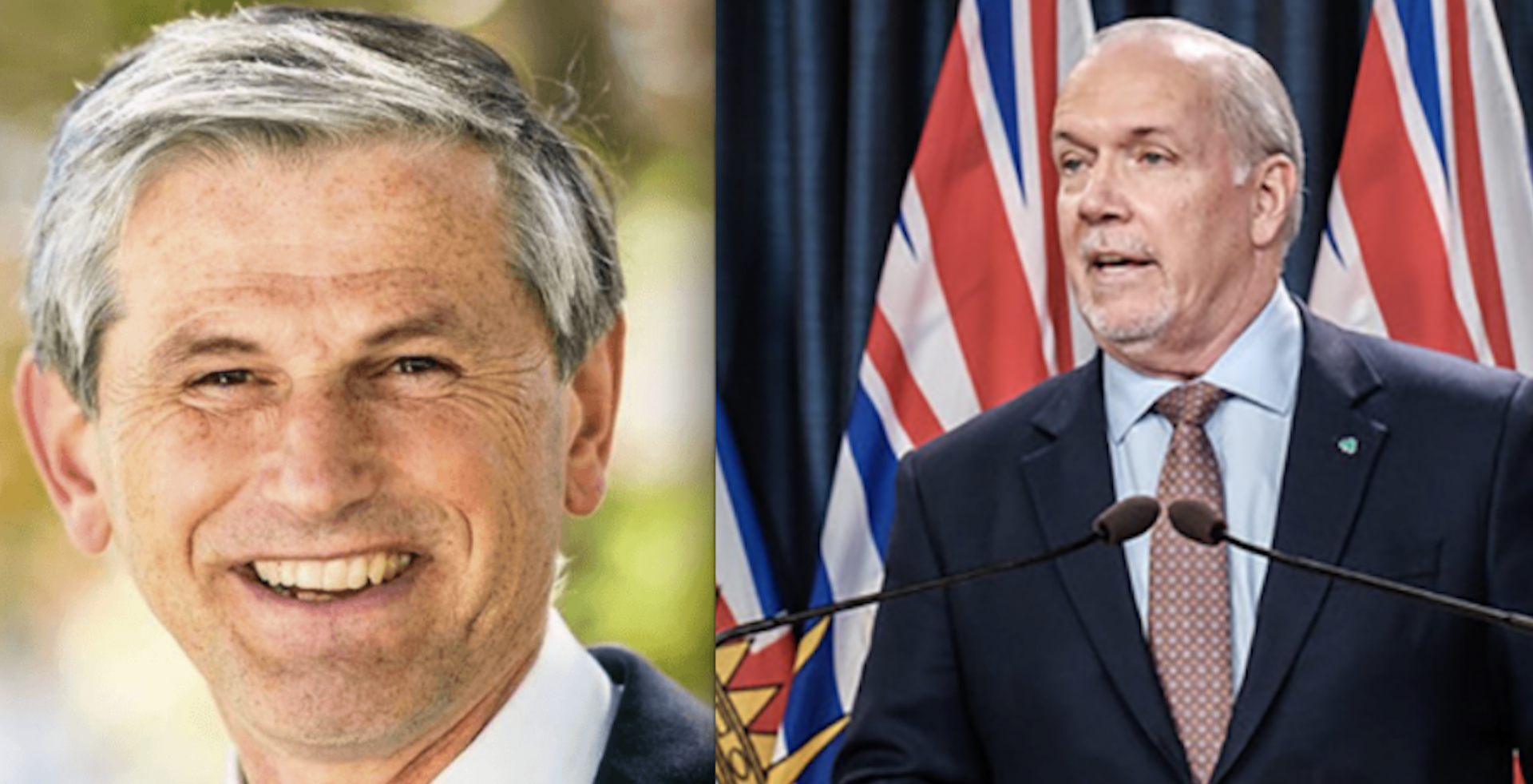 “Every governor and premier in North America is on TV, radio, the web, every day talking about the status in their communities, talking about what needs to get done. So, we’re a bit puzzled why John Horgan is so invisible.”

BC Liberal Leader @Wilkinson4BC returns to the podcast in a #bcpoli blockbuster to question Premier Horgan’s leadership during the #COVID19 crisis.

Premier Horgan has deferred the province’s near-daily updates on the COVID-19 response to Health Minister Adrian Dix and Provincial Health Officer Dr. Bonnie Henry. On April 13, Minister Dix and Dr. Henry completed their 50th briefing as the provincial government’s face to the public.

Wilkinson praises both Dr. Henry and Minister Dix on the biomedical management of the pandemic. In his opinion, “there is nothing to objectively complain about” Dr. Henry’s leadership, while Minister Dix is “doing pretty well.”

Rather, Wilkinson argues that the BC government has yet to outline a proper economic response to the crisis as increasingly more households will struggle to pay bills. “We just see these dribs and drabs of stuff, like they’re waiting for the [federal government] to spend the money and they’re trying not to spend the money here, hoping the feds will do it all for them.”

“You’re missing some things, John Horgan. You’re actually not paying attention. And people need to hear that there’s a plan.”

For his part, Premier Horgan did hold a press conference on April 8, prior to the Easter long weekend, to announce new requirements for residents returning to the province. The next day, he held another press conference with the Minister of Mental Health and Addictions, Judy Darcy, to announce a $5-million expansion to mental health services.

Also last week, Premier Horgan availed himself to interviews from some media outlets, including those with CBC’s Rosemary Barton and CTV’s Mi-Jung Lee and Scott Roberts. He also posted several video greetings online to British Columbians in celebration of Easter and Vaisashki.

However, Wilkinson takes issue with not only the frequency of the Premier’s public appearances, but also the substance of his announcements. “About once a week, they trot [Premier Horgan] out with something that seems to be almost marginal, where people aren’t paying that much attention.”

“We don’t see it at all in British Columbia for reasons that aren’t clear.”

While John Horgan has maintained that his “capable” cabinet and experts do not require him to be out, front and centre, to communicate with British Columbians, Wilkinson insists that he would take a different approach.

“If I were the man responsible for a $63-billion budget and for 100% of the healthcare budget in British Columbia and 5 million people worried about their health and well-being, and how they’re going to make their Visa bill payment in two weeks, I’d want to be out there, reassuring them and telling them that we’re stronger together. We can work on this. There are plans.”

While some British Columbians may view his criticisms as partisan politics, Wilkinson does not see it that way.

“I’m happy to answer any question from anybody anytime. And that’s what we’d like to see from our Premier: someone who is prepared to show his face and tell us what the plan is and answer questions about it. I don’t think that’s unduly partisan.”

Ultimately, however, British Columbians will decide if Premier John Horgan was an effective leader during this crisis when the province goes to the polls by October 2021 at the latest.

Have a listen to the full This is VANCOLOUR podcast with BC Liberal leader, Andrew Wilkinson: