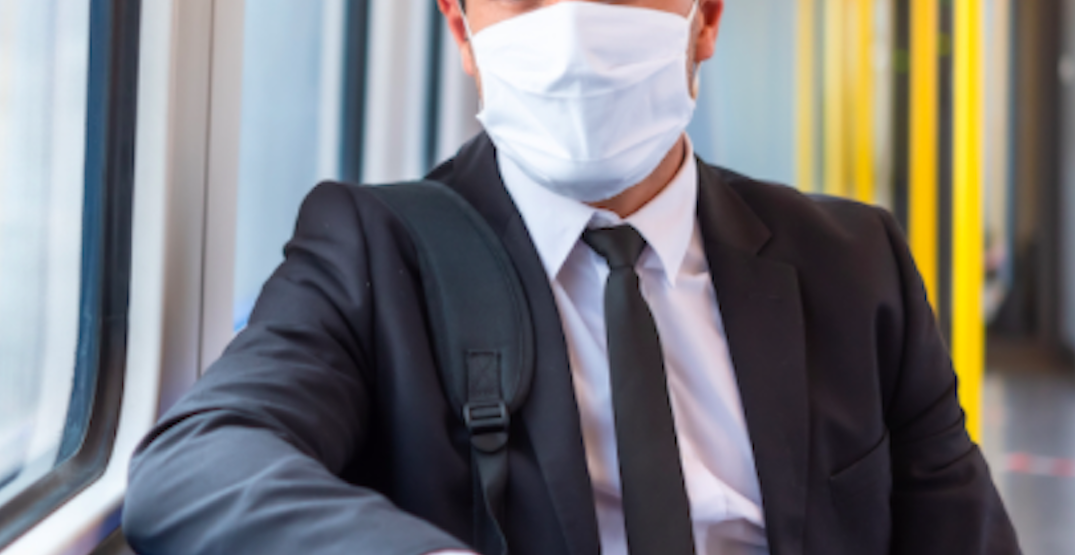 After the US Center for Disease Control and Prevention recently announced its findings in support of mask-wearing in the fight against COVID-19, BC Provincial Health Officer Dr. Bonnie Henry – who has thus far said BC has no plans for a province-wide mandatory mask policy – was asked if these latest findings have altered her stance on the subject.

“We’ve been watching that very carefully, and we’ve had some discussion about what type of mask to wear, and it is more important as one of the measures, as we’re seeing increasing transmission in our communities,” Henry said during a press conference on Thursday. “We have said the expectation is that people wear masks at indoor public places… and I know people are hearing that message. People are recognizing that mask wearing is an additional layer of protection.”

She stressed, though, that mask wearing alone isn’t the be-all, end-all solution but rather an “additional measure” to help keep one safe, and that there are still no plans for a provincial mandatory mask policy.

“We have always said that these individual measures are ones that we expect people to do, and we’ve seen that that is the way people have responded,” she said. “We know there are some people who are not able to wear masks, and we need to respect that, but most people can – and do.”

However, wearing a mask “doesn’t mean that you don’t need to do those other things, and that’s what’s so important,” she continued. “We’ve never mandated that you have to keep the [two-metre] physical distance [rule], but we know people understand that, and the masking is the same concept, an additional measure which is very important right now. It protects you, but more importantly it protects others around you and shows that you’re part of this.”

Henry’s comments come as a professor at Simon Fraser University (SFU) has started a petition calling for a temporary mask mandate – at least in the Greater Vancouver region.

Scott Lear is a professor in the Faculty of Health Sciences. He told Daily Hive that his expertise is “in population in public health” and that much of his current work is “focused on public health messaging during the pandemic.”

“There are now more active cases in the province than at any other time during the pandemic,” Lear writes in an online petition. “Along with that are thousands more who are self-isolating.”

“The majority of current and new cases arise within the Greater Vancouver area, yet Vancouver and Surrey are the only major cities in Canada without a mask mandate.”

And while there is currently no provincial mask mandate, both TransLink and BC Ferries have made masks mandatory, along with a number of retail companies, such as Real Canadian Superstore and IKEA, among others.

The petition and Henry’s latest comments on masks come as the province announced 617 new confirmed cases of COVID-19 on Friday, bringing the total number of known cases in BC to 20,985.

As it stands, there are 5,579 active cases of COVID-19 in the province and 167 individuals who are hospitalized with COVID-19, 50 of whom are in intensive care. The remaining people are recovering at home in self-isolation.

Currently, 12,016 people are under active public health monitoring as a result of identified exposure to known cases, and there have been two new COVID-19-related deaths, for a total of 290 deaths in British Columbia.

A total of 14,901 people who tested positive have now recovered.

“As yesterday’s modelling update clearly showed, this is a critical time for everyone in our province,” said Henry. “We need to act now to protect our loved ones, our elders and our communities.”

When faced with a resurgence of COVID-19, “it can be difficult to muster the strength to keep moving forward, yet British Columbians continue to show unwavering resilience and fortitude to support friends and neighbours in our communities and take care of those who are most at risk, by following the orders and using our layers of protection,” she added.