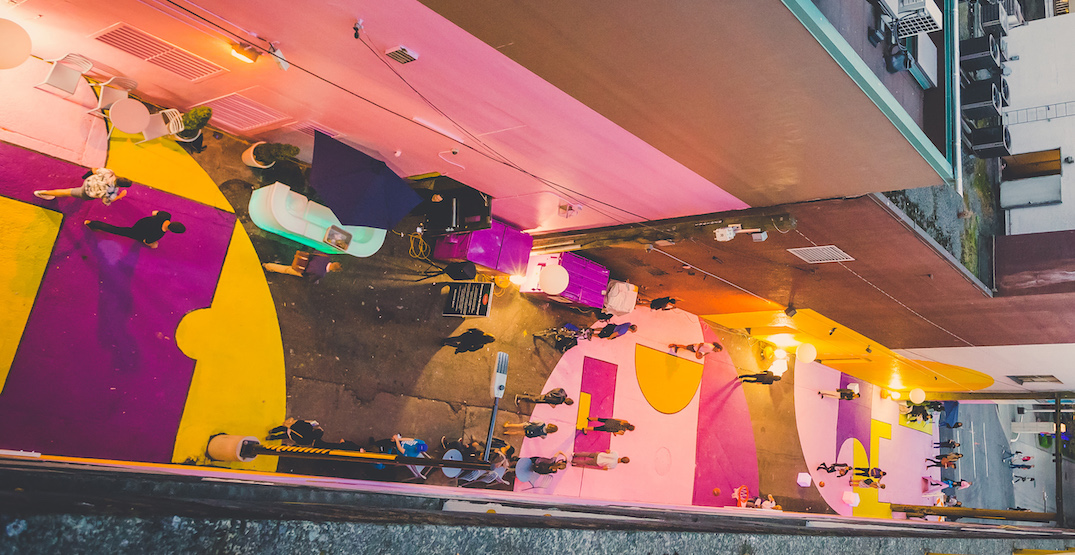 A newly created framework will guide the planning and creation of new and improved public spaces within the downtown Vancouver peninsula over the next 30 years.

On Tuesday during a public meeting, Vancouver City Council approved a public space strategy for downtown, with an aim to create a holistic public space network.

The strategy was made to help address the changing needs of downtown’s growing residential population, with public spaces increasingly doubling as the living rooms and backyards of residents living in small apartments. As well, downtown’s growing workforce is putting pressure on existing public spaces, and the area is of course the principle regional destination for events and socializing.

“Downtown Vancouver is the heart of the city, and features much of what attracts residents and visitors to our growing West Coast metropolis — vibrant and culturally diverse neighbourhoods, deep social and environmental values, a dynamic economy, and a stunning natural backdrop. Downtown is also home to our most popular public spaces.”

The strategy calls for the acquisition and expansion of building setbacks, statutory right-of-way, on private property as a result of development — for uses such as widened sidewalks and plazas.

The so-called Downtown Loop — the circling route of high streets of Robson Street, Denman Street, Davie Street, and Granville Street — will be a focus area for improving the street experience for pedestrians. The intention is to unify and animate this loop with public realm design elements, such as a lighting strategy. 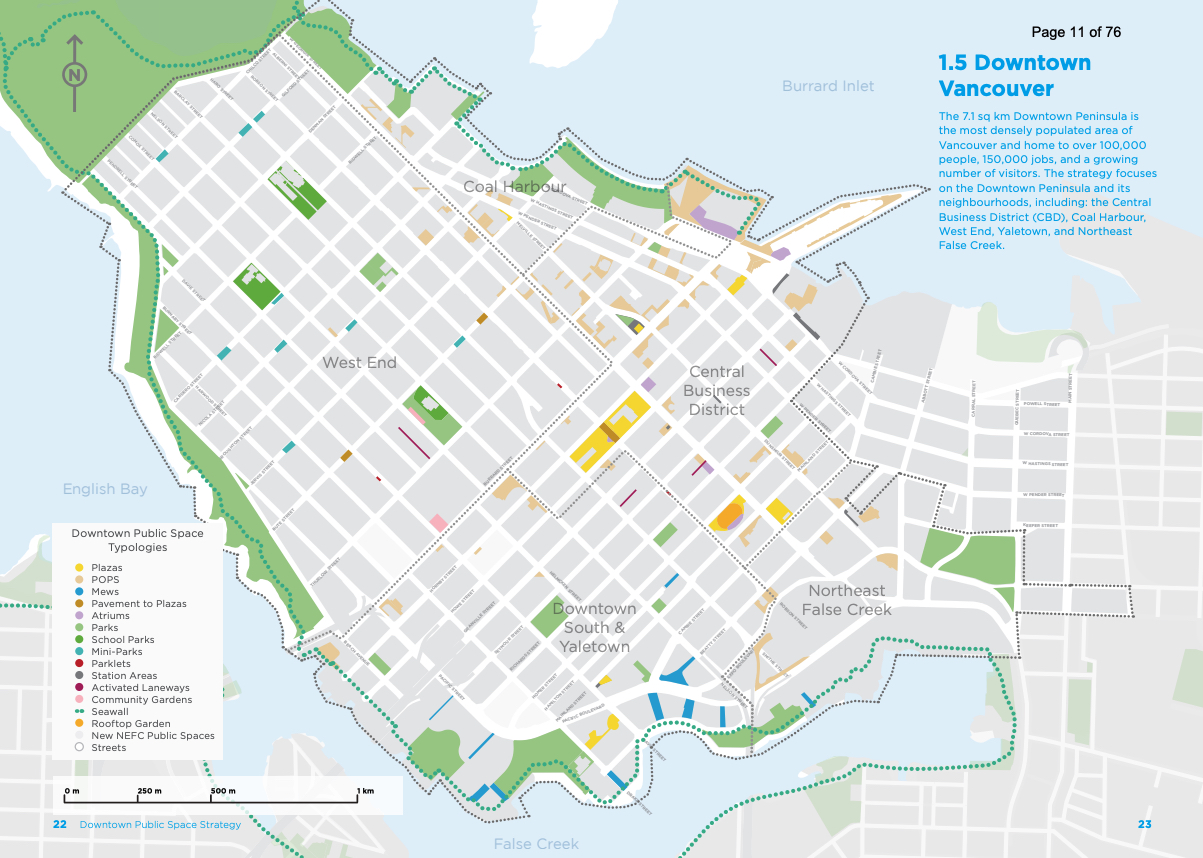 When opportunities arise, existing public spaces will be renewed to increase their utility.

Consideration will be provided to repurposing existing roadways for new public spaces, and creating spaces suitable for events, festivals, performances, parades, and a range of cultural activities.

“These spaces tend to be major destinations, with marquee programming that attracts locals and visitors to the city, supports cultural creation and expression, and boosts the local economy,” reads the strategy.

“Because these destination spaces are larger and fewer, they must be well-connected to transportation routes. They also require physical and operational infrastructure to successfully support major events.”

Moving forward, given Vancouver’s wet and cold climate, there will be a new emphasis on creating public spaces that are usable year-round, such as covered outdoor plazas and continuous awnings over sidewalks for better weather protection.

According to the city’s account, during the wet winter months, “stationary activity” in downtown’s public spaces fall by 70%, while public spaces with weather protection see a spike in activity. Conversely, over the summer, as would be expected, more people spend time in public spaces, enabling public ream activities such as large-scale events and restaurant patios. 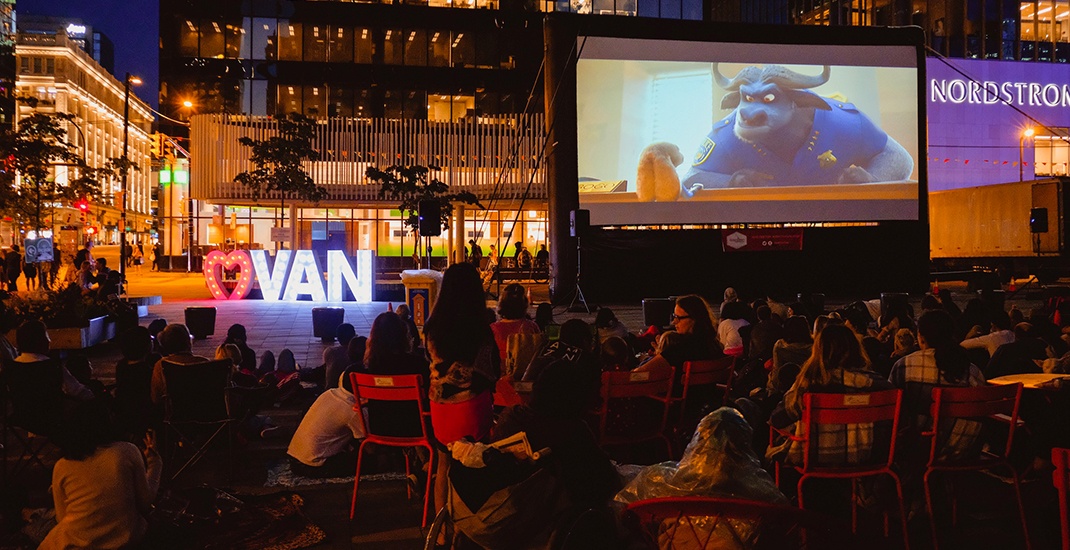 For improved nightlife and a heightened sense of safety, the city intends to encourage “creative design” that uses colour, lighting, and other elements to animate public spaces — especially during the winter when daylight is shorter.

As there are 24 kms of laneways within downtown, the city is looking to enhance these service-based roadways as pedestrian- and event-friendly spaces. This builds on the recent successes of Alley Oop (the pink laneway) and Ackerys Alley (red laneway behind the Orpheum). In addition to physical and programming improvements, the city will consider naming all laneways with street signs to improve navigation and familiarity.

Other components to the broader strategy include improving the public art program, and developing a public washroom strategy.

During the meeting, Charles Gauthier, the president and CEO of the Downtown Vancouver Business Improvement Association (DVBIA), told city council the strategy is well aligned with his organization’s placemaking goals. The DVBIA was behind the three laneway activation projects, and it offers ongoing programming that helps activate the laneways and plazas.

Stephan Regan, the executive director of the West End Business Improvement Association, suggested to the city that Denman Street should be enhanced as a people-friendly street, but acknowledged consideration must also be given to the street’s purpose as a major transportation route to the North Shore.

City staff noted this public space strategy for downtown will be used to help create a public space framework for other parts of the city under the new Vancouver Plan.