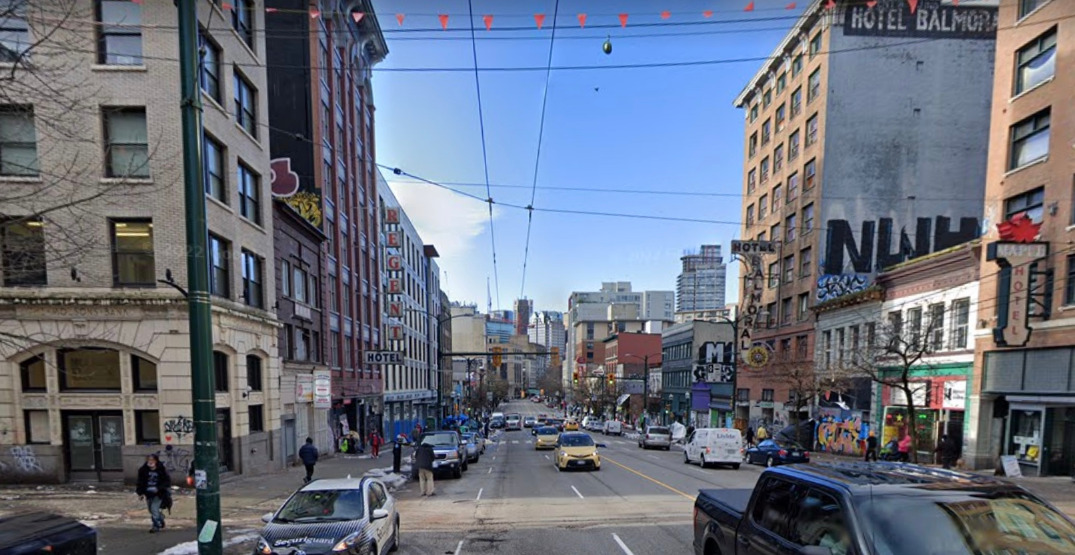 Residents across two blocks of the Downtown Eastside will have to venture out to get their mail, as Canada Post is temporarily pausing delivery due to safety concerns.

The section of the Downtown Eastside is on East Hastings between Main and Carrall Streets.

This portion of the neighbourhood tends to have a high concentration of people in the streets. Some are coping with substance abuse and addiction, and others are struggling with mental health issues. It’s also the same block where the Insite Supervised Injection Site is located.

Johanna Li is the manager of Eastside Works which is located in the affected neighbourhood. She told Daily Hive about how this suspension of service will impact her business.

“Not having mail delivered to us is very inconvenient, not to mention the fact that the pick up site is very far away,” said Li.

“Although there are always safety concerns in the neighbourhood, and in many other neighbourhoods in Vancouver, I go in and out of the office many times in a day and have never felt unsafe.”

“We have spoken to staff at the City of Vancouver as our site is one of their properties and we are hoping that some resolution can be reached soon and mail delivery will commence once again,” she added.

In a statement to Daily Hive, Canada Post says that they’re looking to resolve the issue as quickly as they can and that they are hoping to find a long-term solution that “will ensure the well-being of our employees.”

“Affected customers have been contacted to inform them of the temporary delivery interruption. In the meantime, customers can pick up their mail from the Canada Post facility located at 333 Woodland Drive. Customers must provide government-issued photo identification to pick up their mail.”

333 Woodland Drive is about a 30-minute walk from East Hastings and Columbia Streets. The facility is open between 10 am and 2 pm and is closed on the weekends.

Daily Hive has reached out to the VPD for a response.

Over the past several months, Daily Hive has covered a range of stories related to crime and public safety in the Downtown Eastside, from random stabbings with hypodermic needles to random attacks, to businesses being vandalized and robbed.