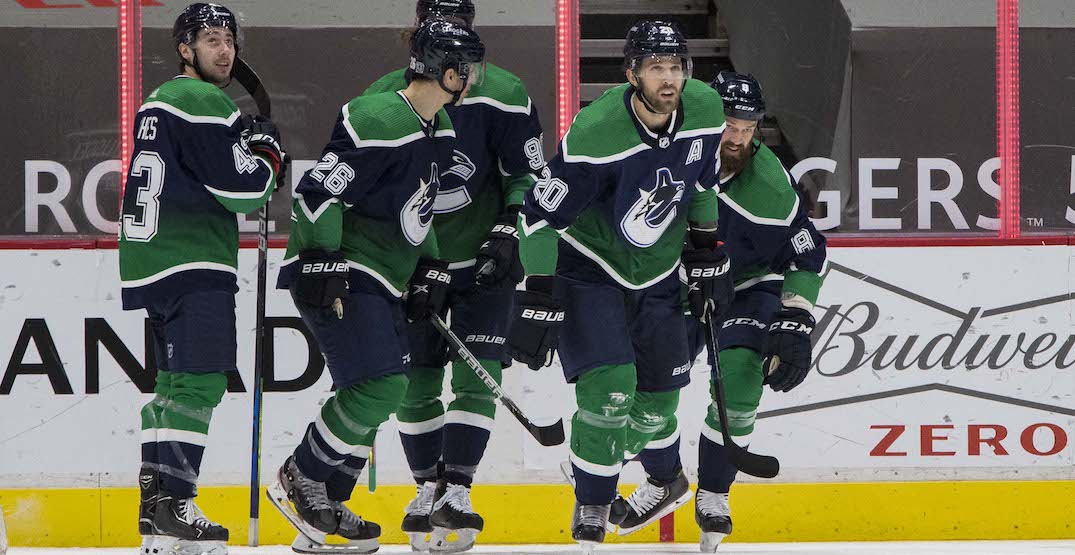 Think the Canucks are poised to sell assets at the trade deadline this year?

The Vancouver Canucks currently find themselves five points out of the last playoff spot in the North Division. But the Montreal Canadiens, who currently occupy that spot, have four games in hand on them, and the Calgary Flames, who occupy the spot above them, have two. The most recent estimates give the team just a 5.6% chance of making the playoffs, and even the most die-hard optimists in the fanbase are slowly beginning to admit that this is shaping up to look like a lost season.

In fact, this is the worst start to a season the Canucks have had since 1997-98, which was the beginning of the Mark Messier era in Vancouver.

The Canucks usually make at least a couple of transactions in anticipation of the NHL trade deadline, with the infamous Dan Hamhuis/Radim Vrbata debacle in 2016 a notable exception. But they’ve rarely been sellers in a traditional sense.

In the rare instances when they’ve sold a player of significance for a prospect or picks — think Jason Garrison, Kevin Bieksa, or Eddie Lack — it has almost always been at the draft. In fact, were it not for the 2017 trade deadline when they traded Jannik Hansen and Alex Burrows ahead of the Vegas expansion draft, one could make the case that the Canucks have operated as if they are almost ideologically opposed to selling veterans for futures. To do so now would be a major shift in this team’s M.O.

Brandon Sutter, Tanner Pearson, Alex Edler, Travis Hamonic, and Jordie Benn are all pending unrestricted free agents. Edler and Hamonic have no-movement clauses in their contracts, but the others can be dealt more easily, with Sutter holding only a modified no-trade clause.

The management group also finds itself in a very different situation from the one they were in when they made those deals all those years ago. With both Jim Benning and Travis Green potentially on the hot seat, there won’t be much incentive to conduct a fire sale. As coaches and GMs approach the end of a lost season, they tend to conduct themselves in whatever way they feel they can explain at job interviews in the off-season, and that usually means being focused more on short-term gains than the long-term health of the franchise.

And even if everyone in the organization was marching in lockstep, the COVID-19 pandemic has grounded trade negotiations to a halt. Any player crossing the border from the United States into Canada will be subject to a mandatory two-week quarantine, and while restrictions on players entering the US are less severe, there are still plenty of opportunities for hiccups for any player looking to travel and link up with his new American club. There’s also the slight wrinkle that for the most part, there are no fans in the stands, and any team looking to win a Stanley Cup this year won’t be reaping the kind of financial rewards they would have two years ago.

The best hope for Canucks fans hoping to see the team make moves with an eye on the future just might be Francesco Aquilini. Without gate revenue and with cash considerations reportedly playing a bigger factor than before, Aquilini may be motivated to shed some salary. Unfortunately, many other owners find themselves in the same boat, so that could just as easily prove to be a stumbling block (as the reported nixed trade involving Jake Virtanen and Danton Heinen illustrates).

Dealing away expensive players without taking an equal amount of salary back was going to be difficult in the best of times. Now it may be next to impossible.

Even if the Canucks do manage to sell some of their assets at the deadline, it’s unclear what that will accomplish at this point in their lifecycle. Brock Boeser is 24, Bo Horvat is 25, JT Miller is 27, and Elias Pettersson and Quinn Hughes are both on the verge of signing hefty second contracts. By any reasonable measure, the Canucks should be entering their Stanley Cup window within the next couple of years. While it’s clear from the way this season has progressed that the Canucks aren’t a win-now team, they also can’t afford to wait much longer to be competitive.

In a normal season, that might not be such a bad thing. Benning has traditionally been a proponent of the infamous “hockey trade,” eschewing selling off expiring assets for picks and prospects in favour of a player-for-player approach, but that’s far easier said than done in a post-COVID world. Any potential deal will be marred by quarantine protocols and travel restrictions, as well as financial considerations that weren’t part of the equation a year or two ago.

At this rate, it looks like the Canucks will be limping towards the finish line without many new players or assets to add intrigue to what has been one of the uglier seasons in recent memory for this club. A deal between the Canucks and another Canadian team is still in the cards, but if you’re a betting man, smash the under on how many trades the Canucks will make this season.

This management team has gone into the trade deadline with much more favourable circumstances in the past and still managed to achieve very little. Expecting them to pull off a flurry of moves over the next few weeks when money is tight and a laundry list of new obstacles to overcome is a recipe for disappointment.