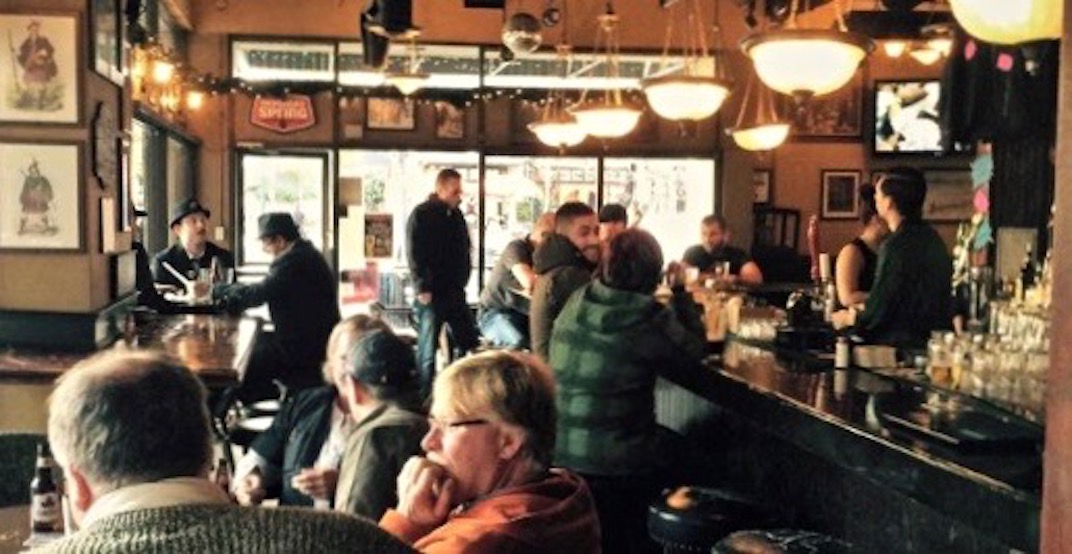 The Donnelly Group just revealed another feather is about to be added to their metaphorical cap, as the successful hospitality group is officially taking over the space of the soon-to-be-closed The Winking Judge.

The English pub, located in the heart of downtown Vancouver (888 Burrard Street), will be shuttering on October 30 despite Donnelly getting possession on October 28.

The company operates several cocktail clubs, pubs, and barbershops in both Vancouver and Toronto, and the team told Daily Hive they are looking forward to making the former Winking Judge location a staple in their family of venues.

“I’ve been a fan of The Winking Judge for a long time, enjoying many pints with friends and family before or after movies,” said Jeff Donnelly, President of Donnelly Group. “Mike and his team did a great job of building a great neighbourhood pub and we’re looking forward to keeping its grounded and approachable nature intact.”

Previous owners of the establishment requested the Winking Judge name be retired at the same time as the closure at the end of October, meaning a new name, room, and refreshed menu will be coming with the rollout of Donnelly’s newest hotspot.

We’ll keep you posted on details regarding the unnamed Donnelly project, stay tuned.