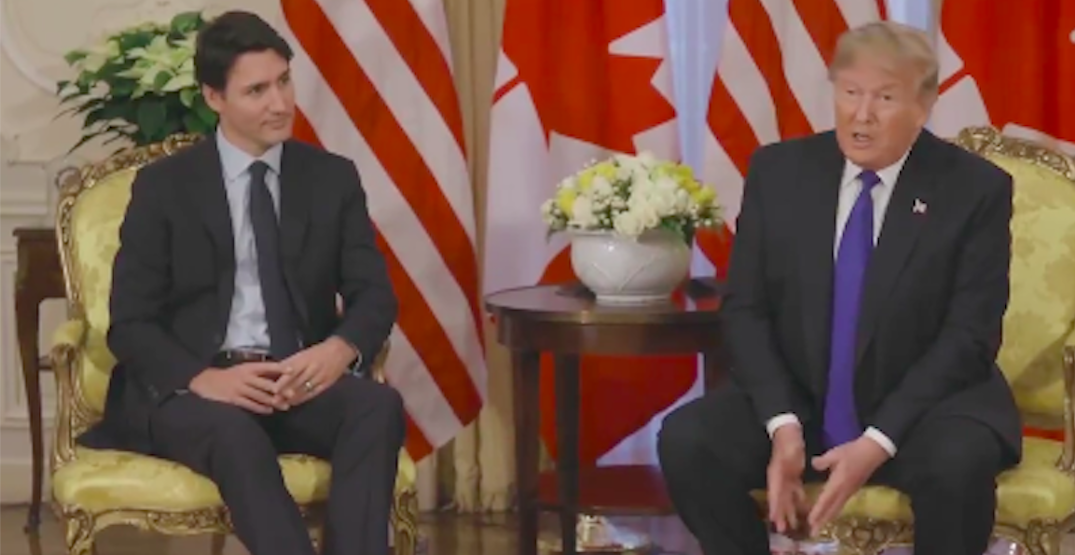 Calling it “an honour” to be with a “friend” of his, US President Donald Trump met with Prime Minister Justin Trudeau in London, England, today.

The two leaders are there as part of the NATO summit taking place this week.

Trump congratulated Trudeau on his recent federal election victory, and said Trudeau has “done a very good job” in his role.

Trump then shifted the conversation to his frustration with what he views as an unnecessary delay in his government passing the new US-Mexico-Canada agreement (USMCA) and placed the blame for the delay squarely on the shoulders of House Speaker Nancy Pelosi.

“We’re trying to get Nancy Pelosi to put it [USMCA] up for a vote,” he said, turning to Trudeau.

He then called the USMCA “a great deal” for Mexico, Canada, and the US.

As such, he said, “we look forward to being able to vote – make the vote on USMCA.”

In a statement, the PMO’s office said Trudeau and Trump also discussed relations with China.

“The president agreed with Canada’s position on the ongoing arbitrary detention of two Canadians in China and said Canada and the US would continue to work on this together,” the statement said.