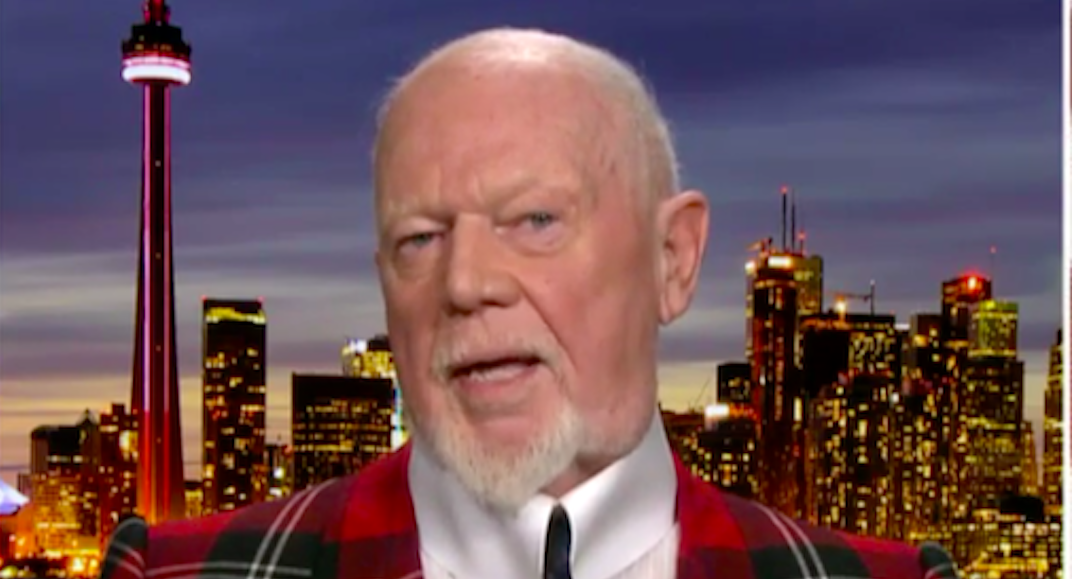 Well, it appears the Mark Donnelly story has blown up.

The Vancouver Canucks cut ties with their longtime anthem singer on Friday evening, after Donnelly agreed to sing at an anti-mask rally.

The Canucks initially released a statement through COO Trent Carroll, distancing themselves from Donnelly by saying he was “acting independently” and that they “hope the public understands he is not representing the Vancouver Canucks.”

The story was big in Vancouver – that’s not a surprise – but it now has traction in the United States, getting picked up by outlets like USA Today, the New York Post, and American far-right publication Breitbart.

Speaking of far-right media, Don Cherry has weighed in on the subject.

Cherry, who was fired from Hockey Night in Canada over a year ago for making disparaging remarks about immigrants, backed Donnelly.

“When you give your opinion, you better be prepared to pay the price,” Cherry told the Toronto Sun’s Joe Warmington. “Going to a ‘no-mask rally’ was not the politically correct thing to do. You have to do what the left media want now. I should know.”

“Would Mark Donnelly be in trouble expressing his opinion had it been in favour of masks and lockdowns?” asked Cherry.

Clearly not, but that’s sort of the point. Wearing a mask is an issue of public safety, not partisan politics.

There isn’t a mainstream political divide on mask-wearing in Canada. Erin O’Toole, the leader of the Conservative Party of Canada, tweeted his support for mask-wearing back in April.

“Every country that has a handle on the crisis appears to have more universal mask wearing,” said O’Toole. “Canada should attempt this as well. Every measure helps.”

Nine of 10 provinces now have a mask mandate, and NDP-run British Columbia was one of the last to adopt one.

Alberta is the lone province without a mask mandate, but Premier Jason Kenney of the United Conservative Party recently expressed disappointment in anti-mask protests.

Donnelly confirmed his anti-mask opinion on TSN 1040 on Friday night and seemed to think that there were “top doctors and scientists” who agreed with his position.

“We are losing our individual rights to be able to hold unpopular opinions,” Donnelly told host Rob Fai.

Donnelly confirmed that he knew that his anti-mask position could affect his employment with the Canucks.

“I thought about it,” he said. “When you’re trying to stand up for something that you believe is right, sometimes you have to forego the personal consequences.”