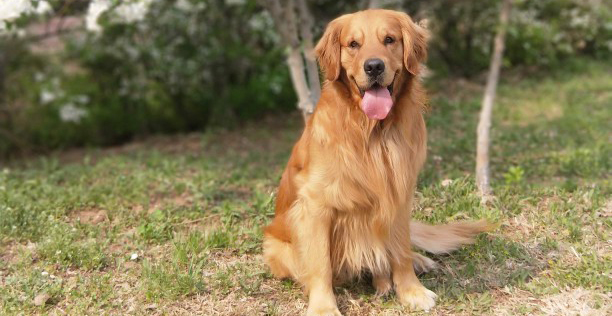 A Metro Vancouver dog owner is seeking damages from an airline after her beloved pet arrived dead in a bloody, urine-soaked crate on a flight from China last summer.

Monique Collette was living in Shenyang, China, teaching English when the COVID-19 pandemic hit, and her family urged her to come home to White Rock. She arranged for pet movers to transport her two dogs, Maverick and Chocolate, first to Guangzhou and then to YVR on a China Southern Airlines flight.

In Shenyang, she had adopted her Golden Retriever, Maverick, when a colleague’s dog gave birth to a litter. Maverick became an ideal younger-but-bigger brother to her small dog Chocolate, and he took quickly to obedience and crate training. 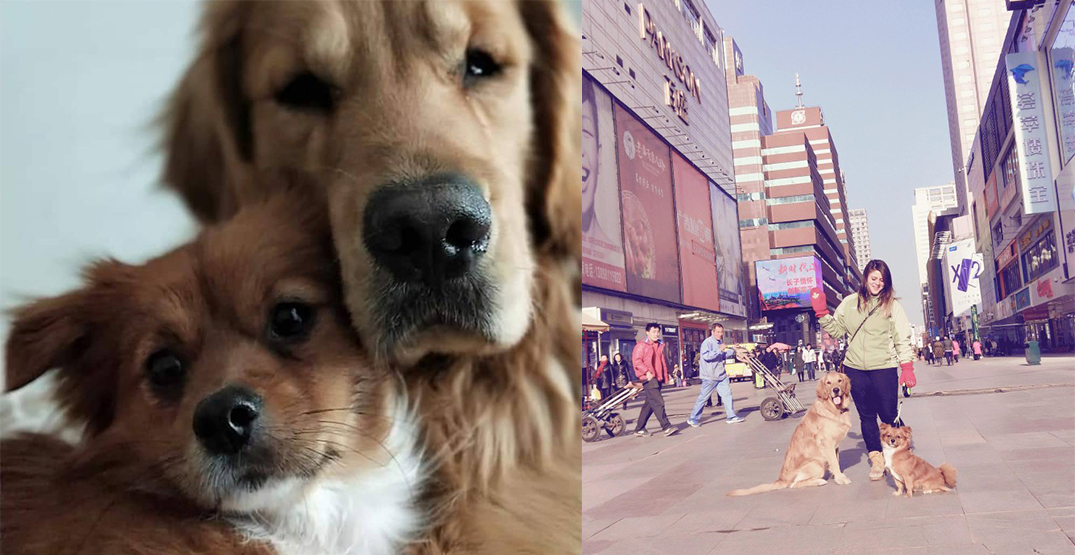 “He was a little fluff ball. Very goofy and floppy,” she said. “He didn’t know he was a big dog.”

The pet movers picked up both dogs from Shenyang on July 15 and sent Collette pictures and videos of the daycare they stayed at in Guangzhou.

But Maverick didn’t survive the second flight across the Pacific.

“My heart and my mind were total shut down after I heard that he passed away,” Collette told Daily Hive. “It didn’t become real until I became reunited with my smaller dog. And I realized [I] only have one dog now.” 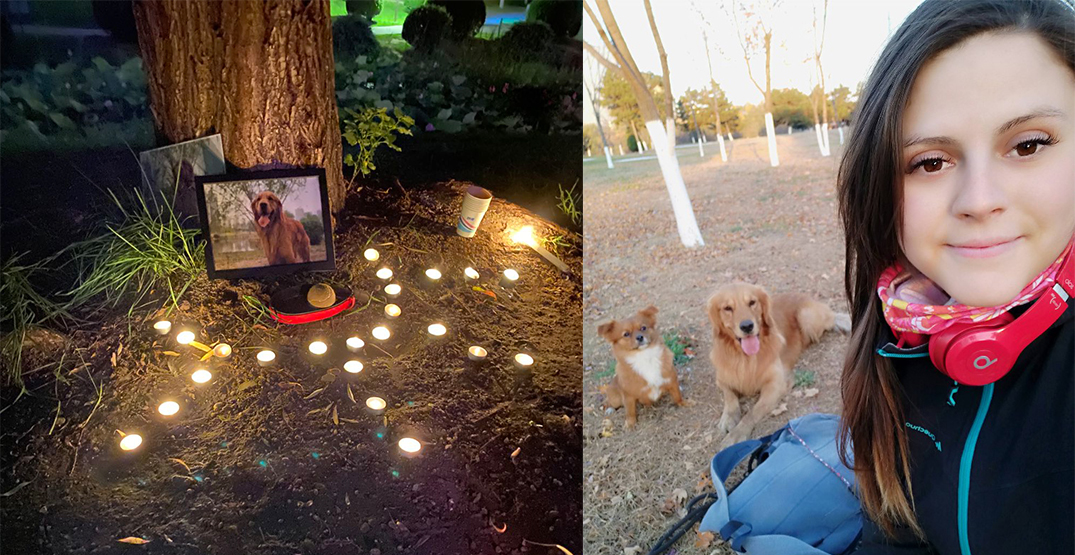 Collette with Chocolate and Maverick, and a vigil in Maverick’s memory. (Monique Colette/Submitted)

The dogs took off from Guangzhou on a July 25, 2020, flight while Collette was still in China. She asked her mother, Dorice Bastarache, to pick them up from an international cargo warehouse in Richmond.

Her mother said she waited for several hours at the warehouse before a China Southern representative brought out Maverick’s crate with his dead body inside. Bastarache could see it was covered in urine and blood.

Maverick had tried to chew his way out, and a vet later determined the metal bars had punctured his tongue and mouth.

A Canada Border Services Agency officer onsite recommended that the airline take Maverick’s body to a veterinary hospital for a necropsy and return the cremated remains to the family.

But the airline allegedly did not follow through. Instead, Bastarache got a phone call the next day asking her to pick up Maverick’s body, or it would be considered “abandoned cargo” and thrown out.

The family’s independent post-mortem investigation found Maverick’s brain was bleeding when he died, and the vet determined the dog likely died of a heart attack or stroke.

Maverick was otherwise healthy at two-and-a-half years old. His family believes he died because the airline didn’t properly control the temperature and oxygen levels in the cargo area.

Collette received a photo by text message of Maverick and Chocolate sitting side-by-side on a plastic pallet to board the flight to YVR. But another picture of where Maverick was found dead showed his crate on a wooden pallet no longer beside Chocolate.

Collette wonders if staff moved him while loading and didn’t inform the captain — who may not have realized there were live animals in that section of the plane to keep the pressure, oxygen levels, and temperature liveable. 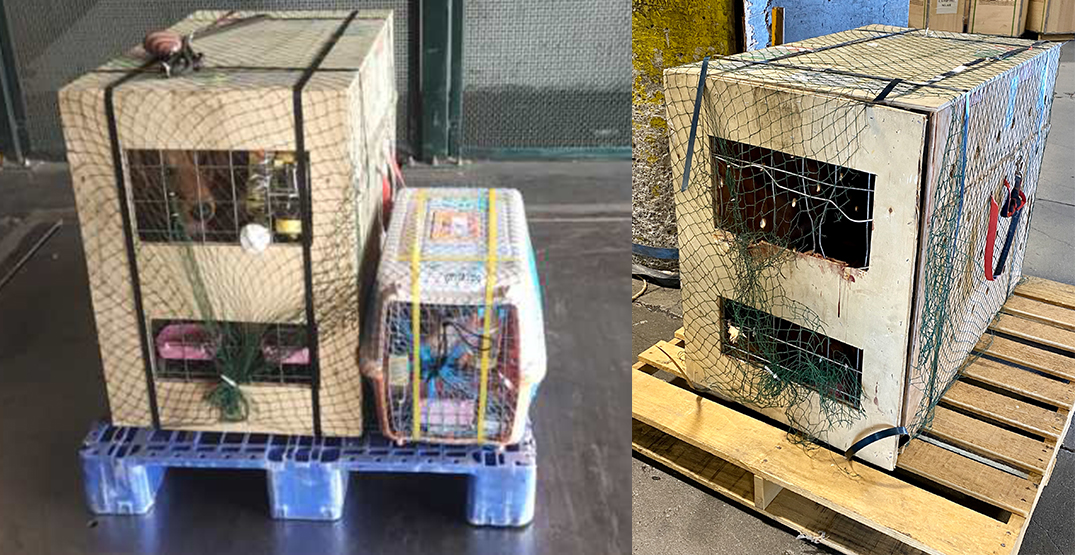 Maverick’s crate at the beginning of the flight and the end. His owner wonders why he was transported in a separate area from her other dog, who arrived safely. (Monique Collette/Submitted)

“I want this to never happen to anybody,” Collette said. “I want to spread awareness and maybe change [the] way that China Southern does things … I want justice for Maverick.”

Rebeka Breder, an animal lawyer handling the case, said pilots are supposed to know when live animals are in the plane’s cargo hold so they can properly control the conditions.

“My client has been asking for answers to know how her dog died such a gruesome death. She wants to be assured that nothing like this ever happens again,” Breder said

Few airlines at the time were accepting pets in their cargo holds due to the heat, which Collette didn’t know at the time, Breder said.  She wants to know why China Southern accepted the animals given the extreme conditions.

For now, Breder has sent China Southern a demand letter asking for $35,000 in damages. Breder hopes the airline also issues an apology and creates policies around transporting animals that include adequate staff training.

Daily Hive reached out to China Southern for comment, but the airline did not reply.

Breder is just one lawyer in Vancouver, and she gets requests about once a year related to animal deaths in plane cargo holds. She recommended against sending dogs in cargo but said that if owners have no choice, they should always request an airline’s written policy on handling animals before, during, and after flights.

“If the airline has such a written document, then it shows that the airline put some thought into this issue,” Breder said.

She also recommended against sedating an animal because it can cause health complications, and there’s no access to a veterinarian aboard a plane.

One day, Breder hopes airlines will allow larger companion animals in the cabin with their owners.

“The way [China Southern] handled the situation from the very beginning to today, it’s like Maverick was a chair that broke during the flight,” Breder said. “They had no compassion.”