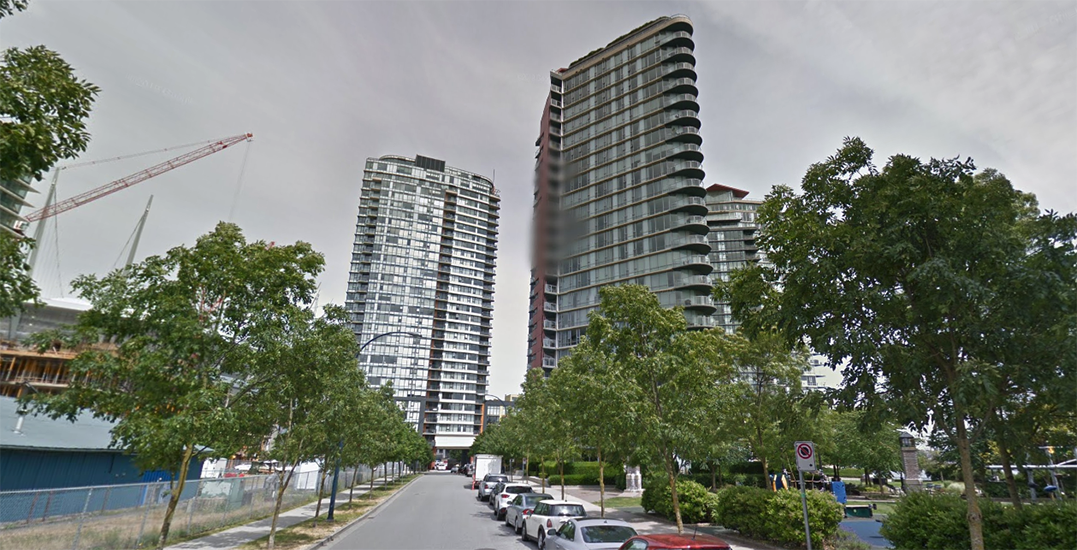 The 900 Blocks of Cooperage Way in Yaletown, Vancouver (Google Maps)

The BC SPCA is investigating after a tragic incident that reportedly took place in Yaletown over the weekend.

According to BC SPCA spokesperson Lorie Chortyk, the dog –identified as a three-year-old “collie/Aussi shepherd type” dog  fell from a 21st-floor balcony in a high rise in Yaletown on January 5.

A resident of a nearby condo, who wished to remain anonymous, told Daily Hive that while they didn’t witness the fall, they “saw the body of the dog on the ground immediately after.”

At this point, said Chortyk, “there is no evidence that the dog was thrown or pushed from the balcony.”

However, “we are currently investigating to determine if there is sufficient evidence to support a recommendation of charges under the Prevention of Cruelty to Animals Act against the person responsible for allowing the dog to be in that dangerous situation.”

Kathryn Holm, chief license inspector for the City of Vancouver, confirms in an emailed statement that animal control officers responded to the call on Saturday, January 5.