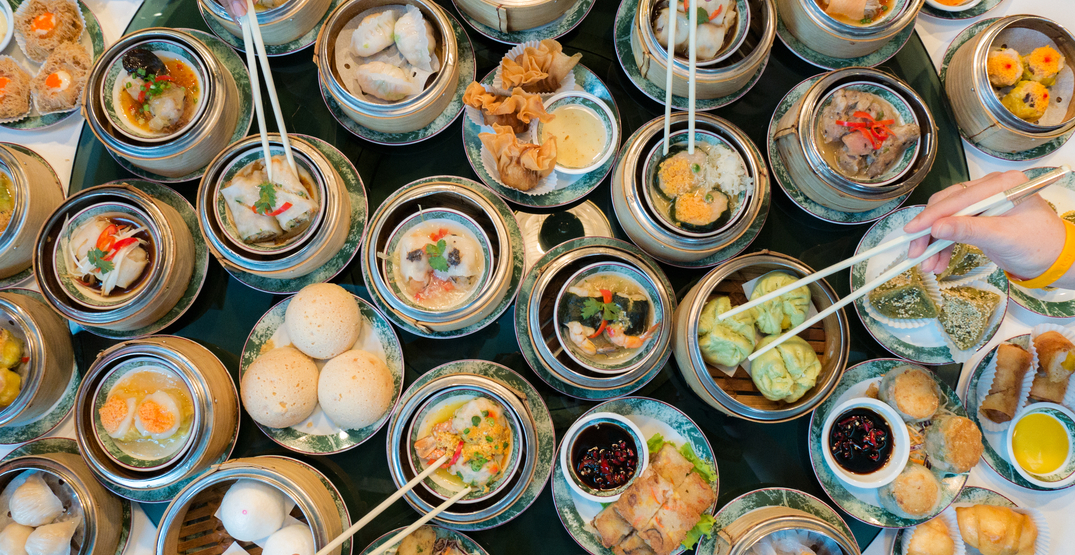 Dim sum combines the best of both worlds: brunch and Asian food.

The family-style dining experience features small plates shared amongst the table, and because of the portion size, diners are able to try a wide variety of dishes.

There are plenty of fantastic restaurants in Canada that offer dim sum, but with so many options it can be overwhelming — especially if you’re new to dim sum.

Luckily, we’ve sorted out a ranking of the dishes you are most likely to encounter at dim sum, so you can make a more informed decision on what to fill up on. Enjoy! 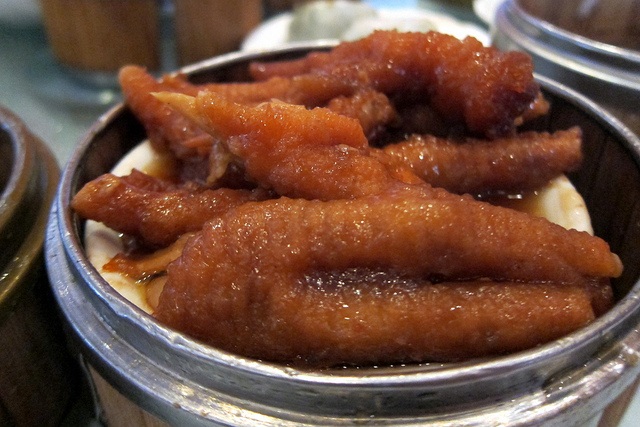 Not everyone’s first choice of dish at dim sum, chicken feet are first fried and then simmered in a tasty black-bean sauce to soak in all the savoury goodness. It’s not the flavour that most people have a problem with, it’s getting used to the gelatinous texture. Whether or not you can get over the fact that you’re sucking on bird toes will determine whether you’ll be on the favourable side of eating this dish. 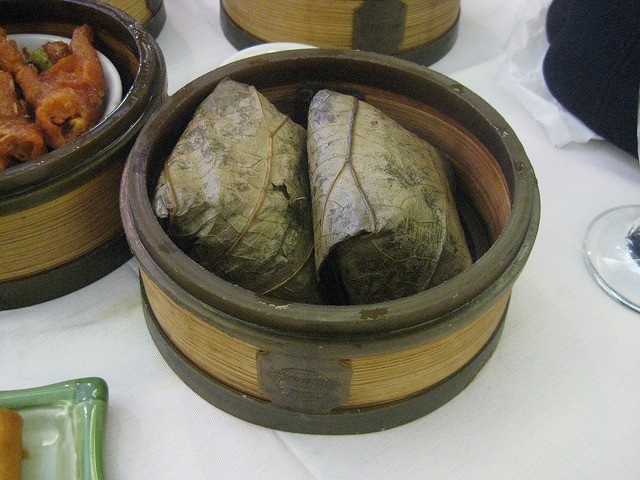 Lo mai gai is sticky rice folded with chicken, shiitake mushrooms, Chinese sausage, scallions, and dried shrimp, packed into a lotus leaf. It is then steamed, which infuses the fillings with the aroma of the leaf. Just take note that the leaf is not edible. Sticky rice is tasty, no doubt, but isn’t a stand-out dish when there are so many other options. 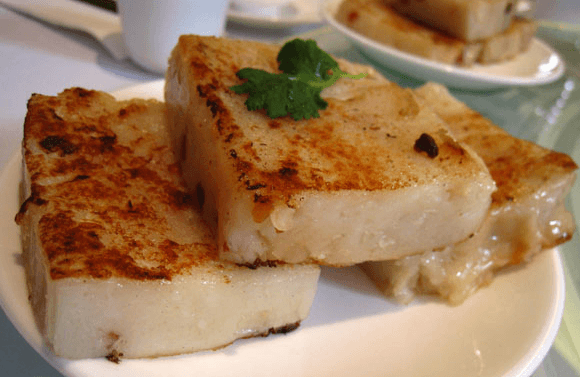 An acquired textural experience, pan-fried turnip cake is crispy on the outside, and creamy on the inside, having a mild savoury flavour. Not everyone is a fan of the texture of turnip cake, but eat this with oyster sauce or chilli oil on the side, you won’t regret it. 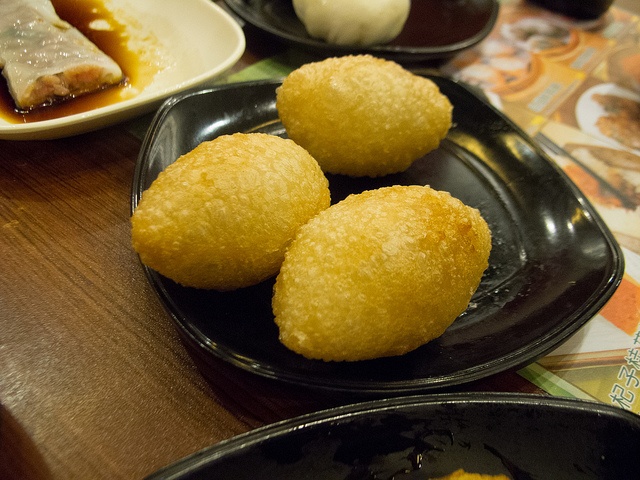 Haam sui gok is basically a deep-fried mochi stuffed with pork, resulting in a crispy outer shell with a gooey interior. It can feel a little heavy due to the greasiness of the dish, but tasty nonetheless. 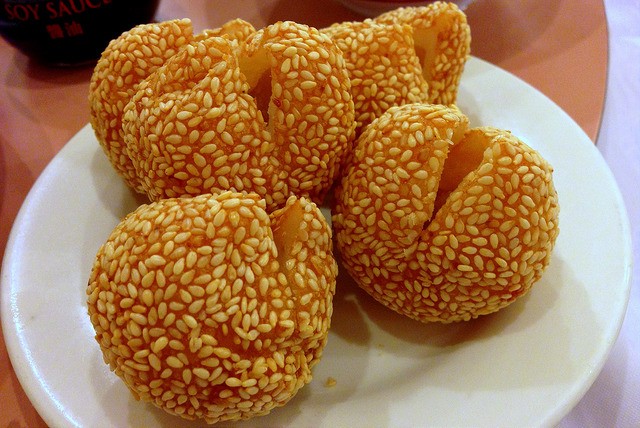 Another deep-fried dish option at dim sum, these glutinous rice flour balls are filled with sweet lotus or red bean paste before being deep-fried and rolled in sesame seeds. The ending result is a sweet, savoury, crunchy, chewy delight. Fun fact, they were also once considered a palace delicacy back in the Tang Dynasty. 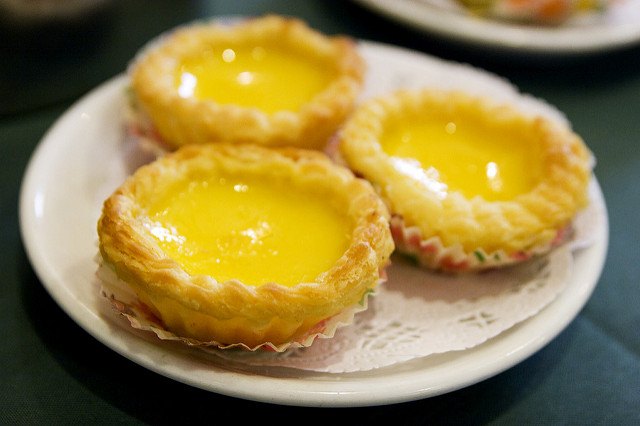 An iconic dim sum dessert, the egg tarts are characterized by a flaky, buttery crust with a rich custard centre — and can be served either hot or cold. The creamy, signature flavour of egg tarts will send you running back for more. 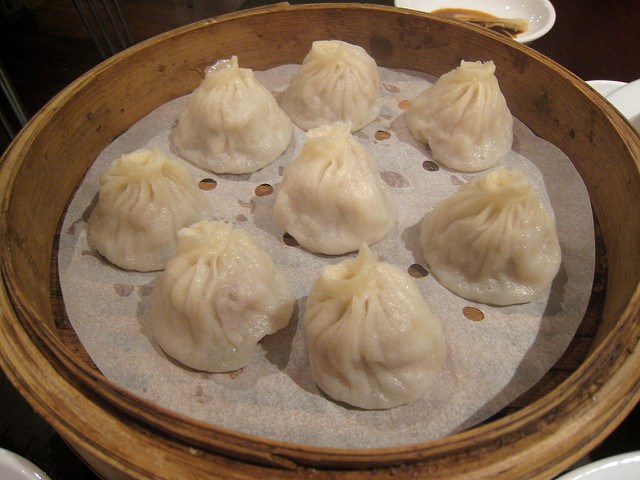 Increasing in popularity as a dim sum dish recently, soup dumplings are typically filled with pork and a flavourful broth and then steamed. The result is a filling that you can chew and sip on. You’ll want to eat as many of these as you can possibly fit in. But be warned, it is extremely easy to burn yourself, the soup inside is piping hot. 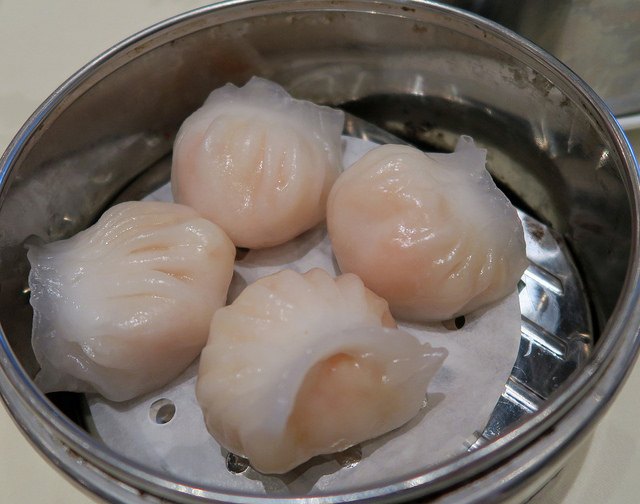 Har gow is one of the most popular dishes at dim sum, and features minced shrimp encased in a translucent starch wrapper. The only reason they aren’t higher up on our list is because they are hit or miss depending on where you go — it’s not easy to make the perfect har gow wrapping (some are too thick, and some are too thin). 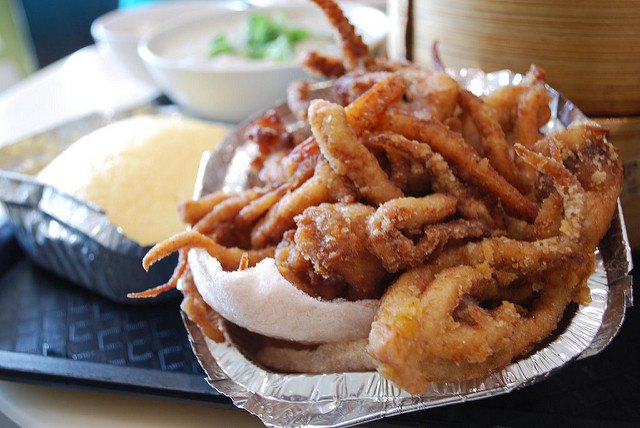 The dim sum equivalent of fried calamari, these are a dim sum staple. Usually seasoned with salt and pepper, you can’t go past crispy, juicy squid. 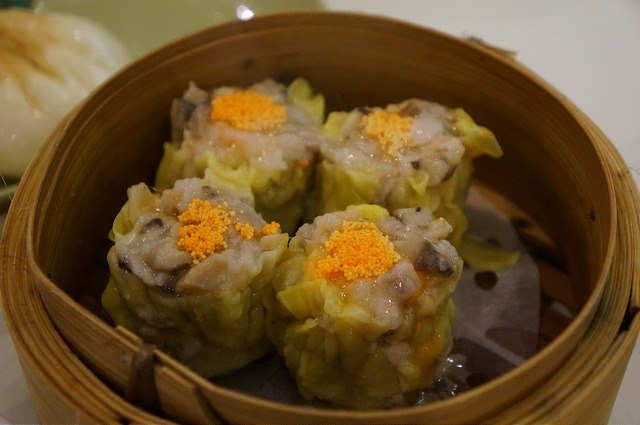 Mention dim sum and siu mai is one of the first things that comes to mind. Packing a load of flavour into one bite, they are most often stuffed with pork and shrimp, wrapped in a wonton skin before being steamed. However, there are plenty of variations when it comes to siu mai, even coming in vegetarian styles. 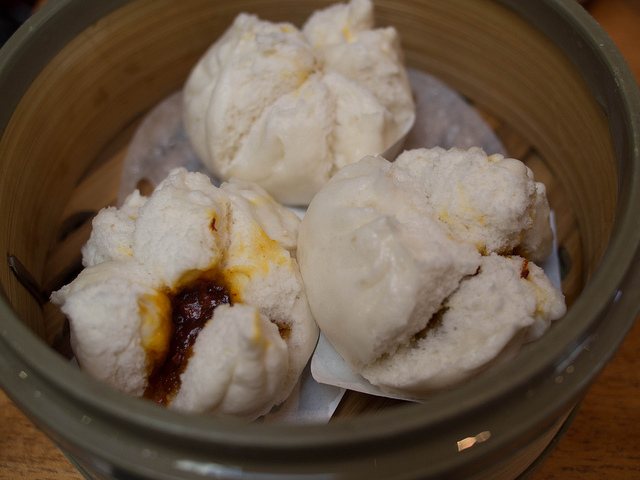 With tangy, tender barbecued pork in the centre of a soft, pillowy bun, char siu bao is definitely up there in the top dim sum dishes. Who can go past the ultimate comfort food? This is also the perfect dish for beginners to dim sum. 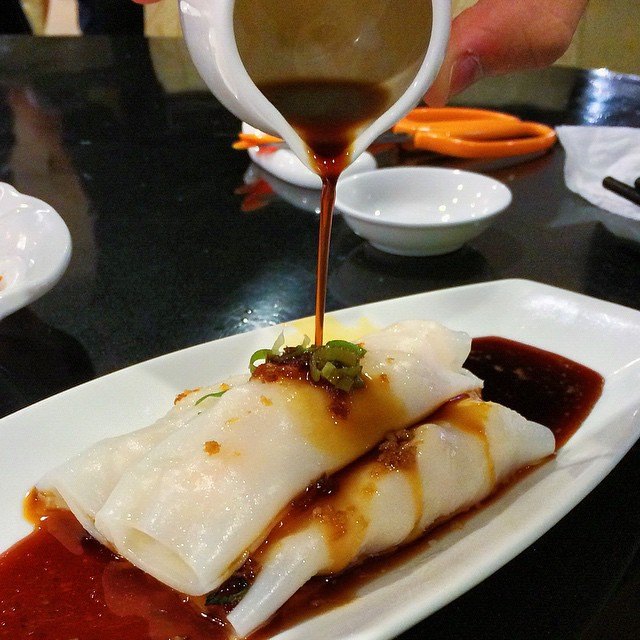 If you’re a seasoned dim sum go-er, you’ll know everyone’s favourite dish. Cheong fun is made with rice starch and steamed, and is most often filled with shrimp or you tiao (deep-fried Chinese crullers), and then drizzled with sweet soy sauce. If you are new to dim sum and haven’t tried these, you know what to get next time you go. There’s a reason why they have topped our ranking of commonly found dim sum dishes.