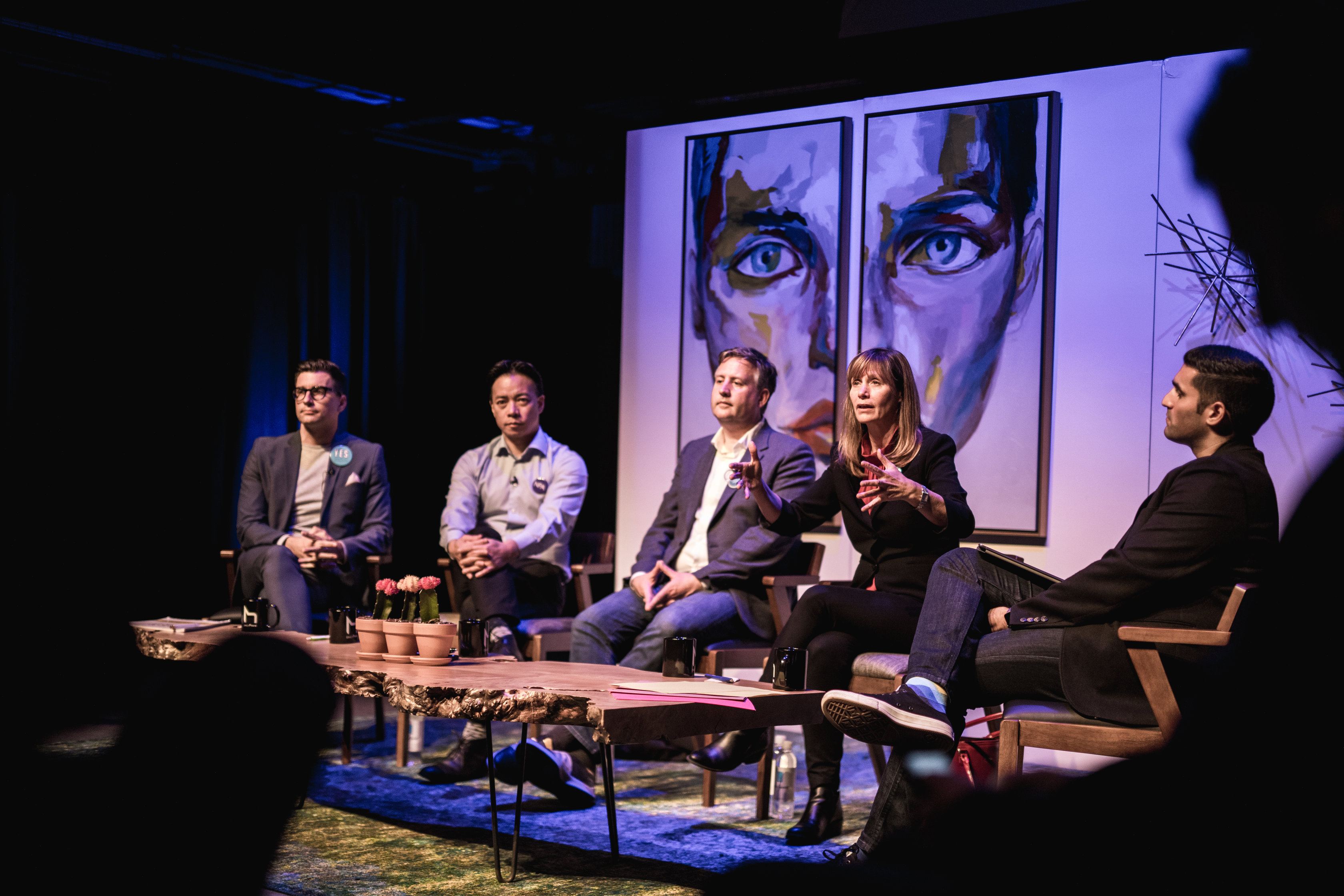 Last night, after a slight delay (apologies, and thanks for sticking with us!) Daily Hive sat down with four of the leading candidates in the 2018 Vancouver mayoral election.

Alongside our debate partners Airbnb, Amazon, Unbounce, Uber, Lyft, Article, the Forum for Millennial Leadership (FML), and Colony Digital, Daily Hive set up to discuss every major issue facing the city right now, from housing and affordability to transportation, tech, and more.

With an emphasis heavily placed on the problems plaguing millennials, Kennedy Stewart (Independent), Hector Bremner (YES Vancouver), Shauna Sylvester (Independent), and Ken Sim (NPA) spent more than an hour and a half on stage answering tough questions from Daily Hive’s Editor-in-Chief Farhan Mohamed, audience members, and each other.

Watch below to find out everything you missed from last night’s mayoral debate, including robocalls, the World Cup, and what’s at stake for our generation in the 2018 municipal election.

And don’t forget to vote on October 20 – there’s simply no excuse not to.