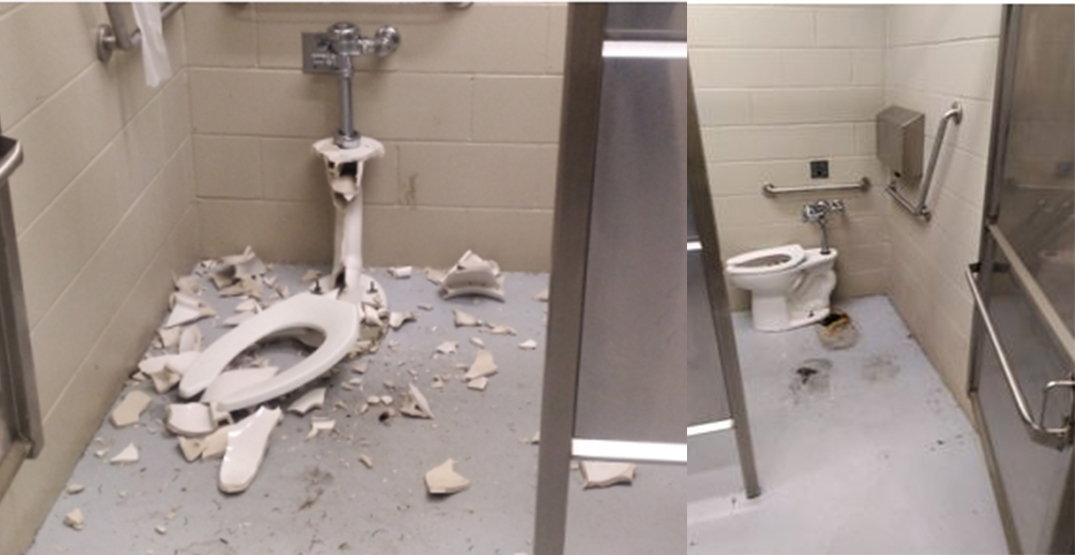 Surrey police say they’re investigating multiple instances of vandalism at public park bathrooms, and that a popular TikTok challenge may be behind it.

Over the past few months, police have received multiple calls about smashed toilets, broken doors, and stolen soap dispensers. The incidents are concentrated in the Cloverdale area.

In a news release Tuesday, police said they’re aware that the vandalism could be tied to an online challenge known as “Devious Lick(s),” where people film themselves stealing or destroying things in a school bathroom.

“We encourage parents to speak to their children about the fact that committing an illegal act, all for the sake of online popularity or likes, can have consequences now and into the future.”

The Devious Licks challenge originated in 2021. Although its original name is no longer searchable on TikTok, slight variations lead to videos of students removing toilet rolls and placing them in toilets, permanently locking bathrooms, and complaining about damage to facilities and heightened strictness that’s resulted from the antics.

Some students have also posted videos poking fun at the challenge by filming themselves pocketing handfuls of water or soap.

Surrey police have not arrested any suspects in connection with the vandalism and have not confirmed that “Devious Lick” notoriety was the motivation behind the destruction.