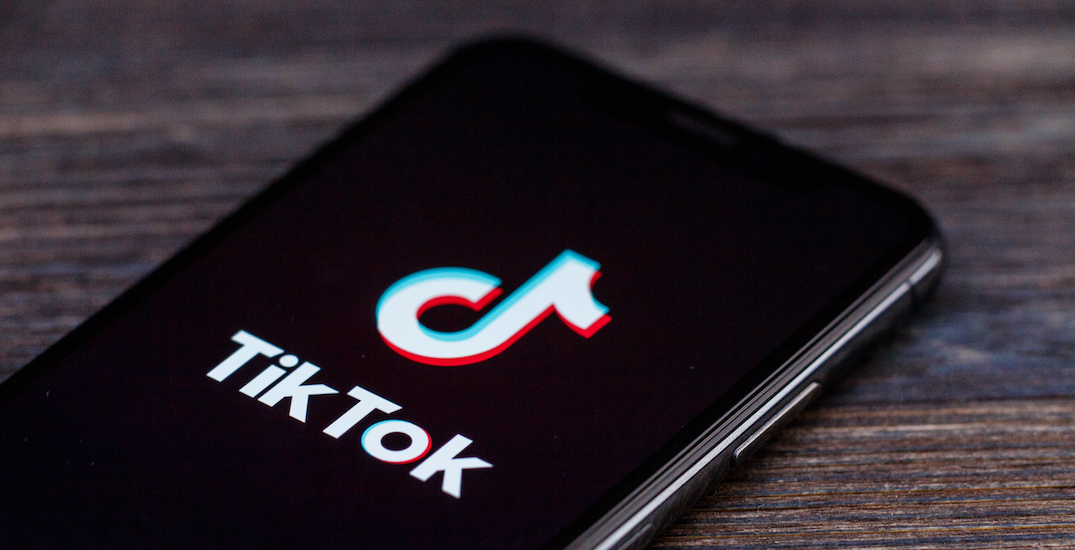 The latest TikTok challenge has led to incidents of vandalism, theft and destruction of properties at high schools in British Columbia.

A letter sent to parents from the North Vancouver School District says soap dispensers, paper towel dispensers and signage have been forcibly removed from walls, wall mirrors have been damaged, and a number of classroom-based items have been stolen.

Students were posting videos of this “challenge” to TikTok. The video sharing app has now banned the videos.

Brad Baker is a District Principal and has a message for those involved: “To participating students, this challenge may seem like a harmless stunt; it is however, alarming, inappropriate, and illegal and could have long-term consequences for the students involved.”

“While this type of behaviour is not characteristic of the vast majority of our students, we are bringing this matter to your attention to let you know that the school district does not condone this behaviour and is taking the matter seriously,” adds Baker.

He says while the school has ordered replacement soap dispensers, students and staff should expect reduced bathroom access. 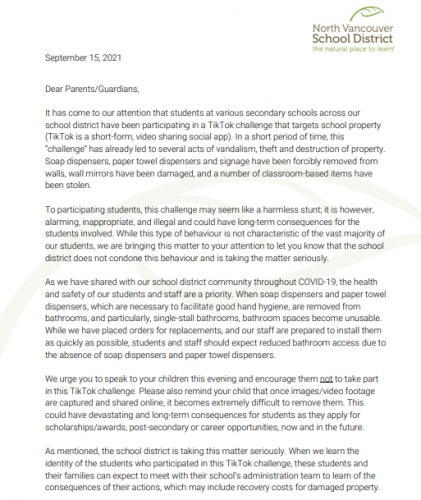 Baker says that doing this could also impact students as they apply for post-secondary or scholarships and awards.