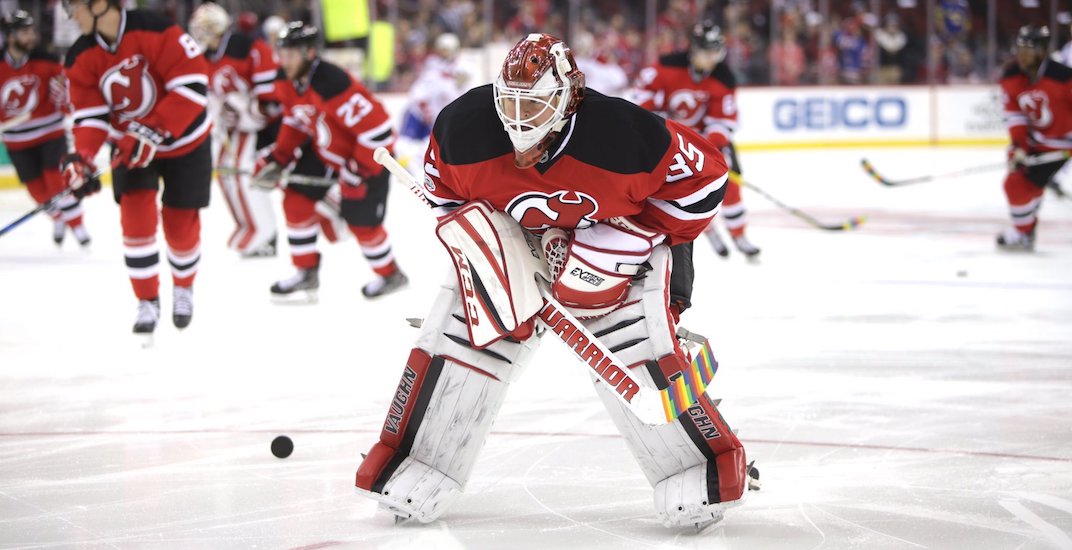 Cory Schneider is no longer an NHL goaltender.

The New Jersey Devils placed the 33-year-old former Vancouver Canucks goaltender on waivers on Monday. If he goes unclaimed, as expected, he’ll be sent to the AHL.

#NJDevils goaltender Cory Schneider will be placed on waivers at noon ET for purpose of assignment to Binghamton (AHL).

Given Schneider counts $6 million against the salary cap for two more years beyond this season, it would be a major shock if anyone touched him.

Schneider has been a shadow of his former self since 2016. After posting save percentages above .921 in each of the first six NHL seasons of his career with Vancouver and New Jersey, he has posted miserable numbers (under .908 SV%) in each of the last four seasons. Since 2016, Schneider has a 43-60-22 record, with a 2.98 goals against average, and a .904 save percentage.

He went more than a full calendar year without winning a single regular season game until he finally picked up a victory in February. It was a stretch of 21 games spread over 14 months.

The Devils are hoping that Schneider rediscovers his game with their minor league team in Binghamton.

“This isn’t the end of the road with Cory,” said Devils head coach John Hynes. “It’s an opportunity for us to help him and get his game to where it needs to be.”

The Marblehead, Massachusetts native has had trouble staying healthy in recent years, and hasn’t been the same player since having surgery to repair a core muscle injury in 2016. In three years he’s gone from an All-Star goaltender who was picked for Team USA at the World Cup, to out of the league entirely.

Schneider became one of the best young goalies in the NHL before he was traded to the Devils in 2013 for a first-round draft pick that former Canucks GM Mike Gillis used to select Bo Horvat.