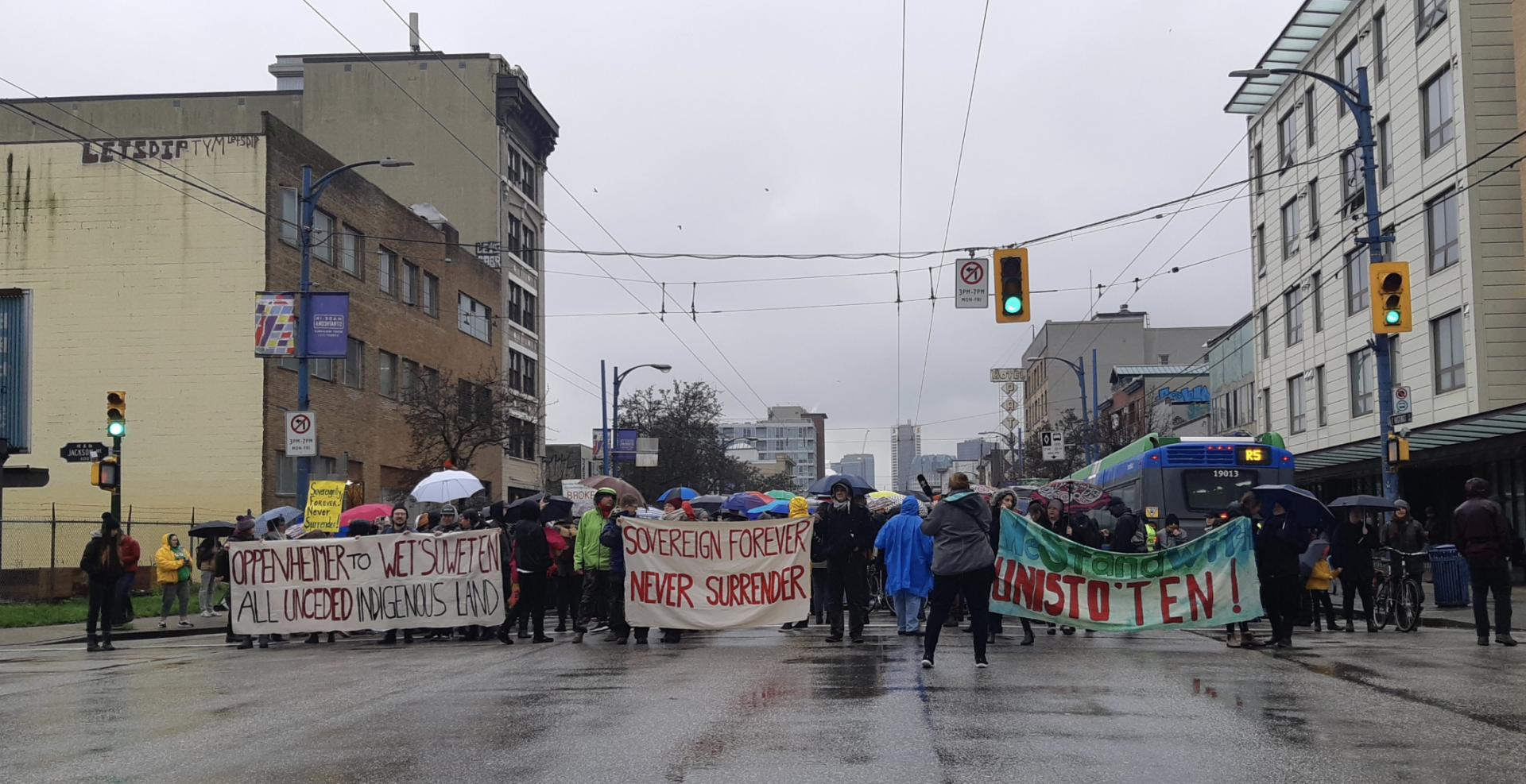 UPDATE: VPD says some of the protesters have marched to Powell and Heatley and to Commissioner Street and McGill. The main protest group remains at Clark and Hastings.

#VanTraffic: Protestors have blocked a third location. The Commissioner Street and McGill access to the port is now blocked. This is in addition to the intersection of Clark and Hastings, and the Powell and Heatley access to the port.

#VanTraffic: Some of the protestors have marched to Powell and Heatley and are now blocking a second port ramp. The main group remains at Clark and Hastings. Drivers are again advised to avoid both areas.

Demonstrations in support of Wet’suwet’en are continuing in Vancouver this afternoon, and motorists are being advised of traffic delays as a result.

According to the Vancouver Police Department, activists have taken over the intersection of Clark and Hastings Street, and drivers are being advised to avoid the area.

#VanTraffic: Protestors have presently taken over the intersection of Clark and Hastings. Drivers are advised to avoid the area.

On Thursday, activists organized demonstrations across Canada — including at the entrance of the Port of Vancouver — after RCMP began enforcing an injunction to remove protesters from impeding the Coast GasLink pipeline construction site on unceded Wet’suwet’en territory in northern BC.

Six activists were arrested on Thursday morning and sent to the RCMP detachment in Houston, BC.

Clark and Hastings, an entrance to the #vancouver, just blocked again in solidarity with #Wetsuweten #Gidimten #Unistoten pic.twitter.com/QILzaaoxoV

Along with many other groups. We have blocked the intersection of E Hastings and Clark drive in solidarity Wet’suwe’ten land defenders pic.twitter.com/AU8DC7wF0s