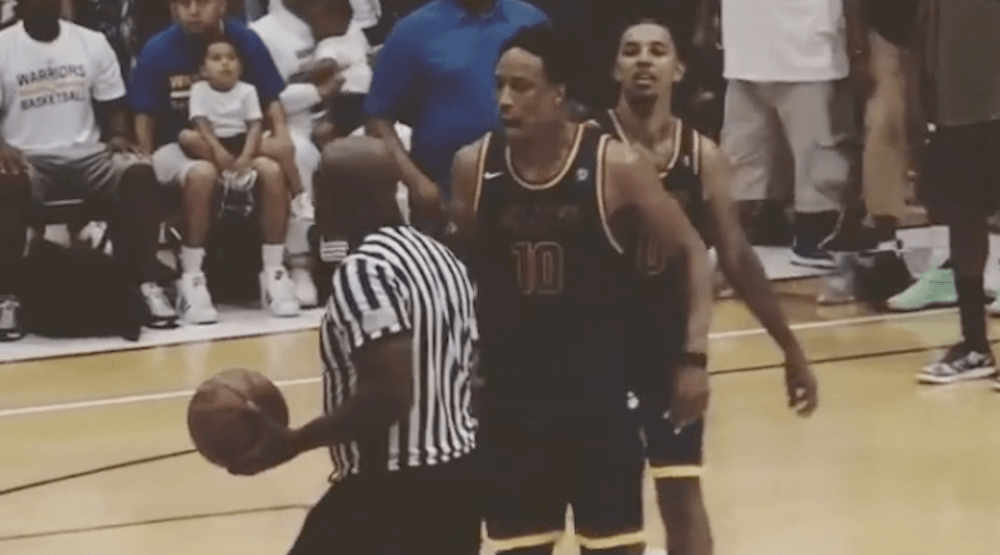 The normally even-keeled All-Star guard was upset at the refereeing during a game played in South Central Los Angeles, near his hometown of Compton.

DeRozan was visibly upset after being charged with an over-and-back violation, and his blood boiled even more when he received a technical foul late in the game.

He argued with the referee when he was called for throwing the ball at the wall after his team was scored on late. His team trailed by three points with 14.2 seconds left, so the foul essentially clinched the game for the opposing team.

With 4.7 seconds left in the game and his team now down by five, DeRozan took his frustration out on the referee. He launched the ball from near half-court in the direction of the referee, with clear intent. It missed the ref and narrowly missed hitting an innocent onlooker as well, bouncing off the wall.

He proceeded to yell at the ref, before walking off the court, still seething at the end of the game.

Here’s the full sequence of events: