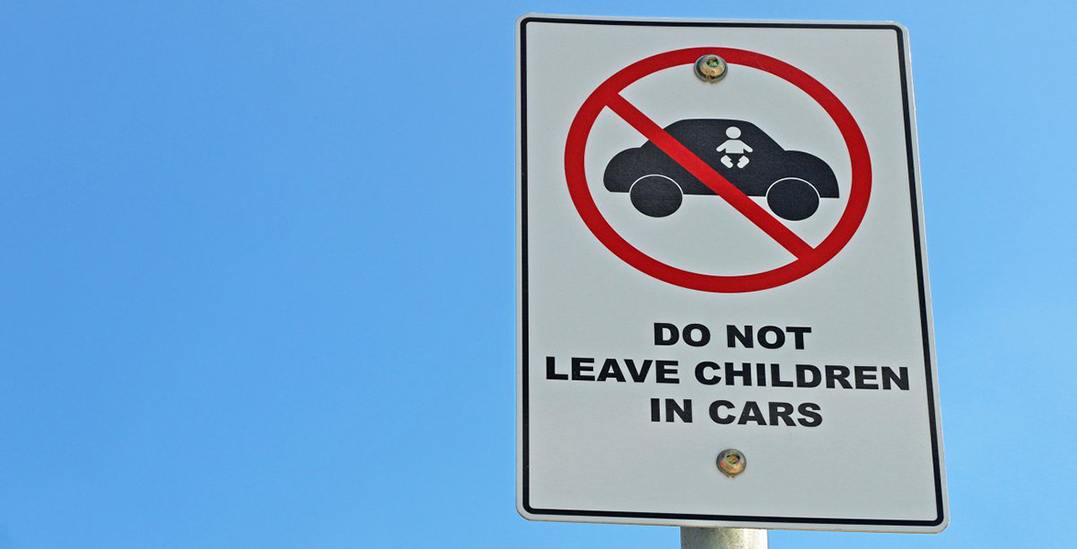 Delta Police rescued two children from an overheating vehicle over the weekend.

The young children, one five-year-old and one three-year-old, were locked in a hot vehicle in the Tsawwassen Mills mall parking lot.

According to police, previous onlookers had tried to communicate with the children and have the eldest one unlock the door. The five-year-old, however, was unable to get the door open.

Police arrived on scene within ten minutes. Upon arrival, the officer “discovered the children trapped in the hot vehicle sweating profusely, crying, and with bright red faces.” The three-year-old remained strapped to the car seat in the hot sun.

The officer communicated to the older child to stand at the back of the vehicle as police broke in through the driver’s side window.

From there, the officer helped the children out of the vehicle and brought them into the police cruiser so they could be cooled off by air conditioning and provided with water. According to Cris Leykauf, spokesperson for the Delta Police, the officer “was very concerned with their condition, particularly the youngest who had irregular breathing.”

Emergency health services were also called to the scene and the two children were brought to the hospital for assessment and treatment. Since being released, they are reported to be doing well.

The child’s father returned to the vehicle approximately ten minutes after the children were rescued and received a lengthy talk from police regarding the danger of leaving young children in a vehicle.

Police will be recommending criminal charges to Crown and have advised the Minister of Children and Family Development of the incident.