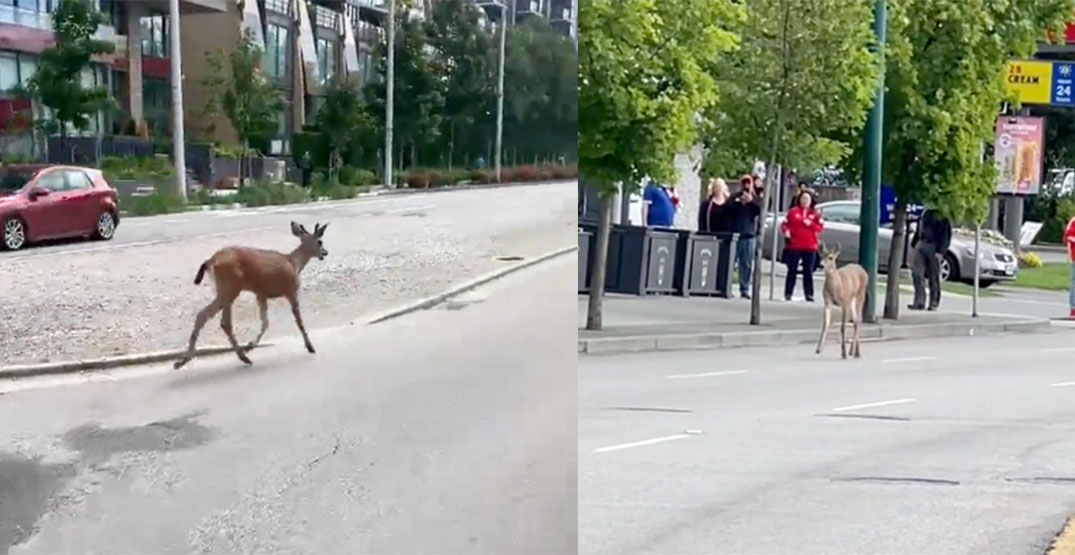 Some Vancouverites saw a rare wildlife moment on Sunday afternoon — a small deer with tiny antlers trotting through Mount Pleasant and Fairview.

The tan creature was captured on camera making its way up Main Street near the McDonald’s, with TikTok user @kaseylum calling it “Bambi.”

It was also spotted in Olympic Village, where one Twitter user said he followed it all the way up to Oak and 14th.

Oh Deer!. Called 911 and kept close up to Oak and 14th. @vpd took over from there #vancouver #yvr #vandeer #olympicvillage @CBCVancouver pic.twitter.com/gr8EJxdtlE

But sadly, the deer’s foray into the city was cut short when it was hit by a car.

Vancouver Police Department spokesperson Const. Tania Visintin confirmed the deer died in a collision and City of Vancouver staff removed its body from the roadway.

“Though not as common as in more rural areas, from time to time we do see urban wildlife venturing into more populated areas,” Visintin said.

The City of Vancouver said its sanitation team was alerted about the animal by police. When City staff arrived, the animal was still alive. They reached out to the province for assistance, but no help came. They waited while the animal passed away.

Its body was picked up Monday morning for cremation.