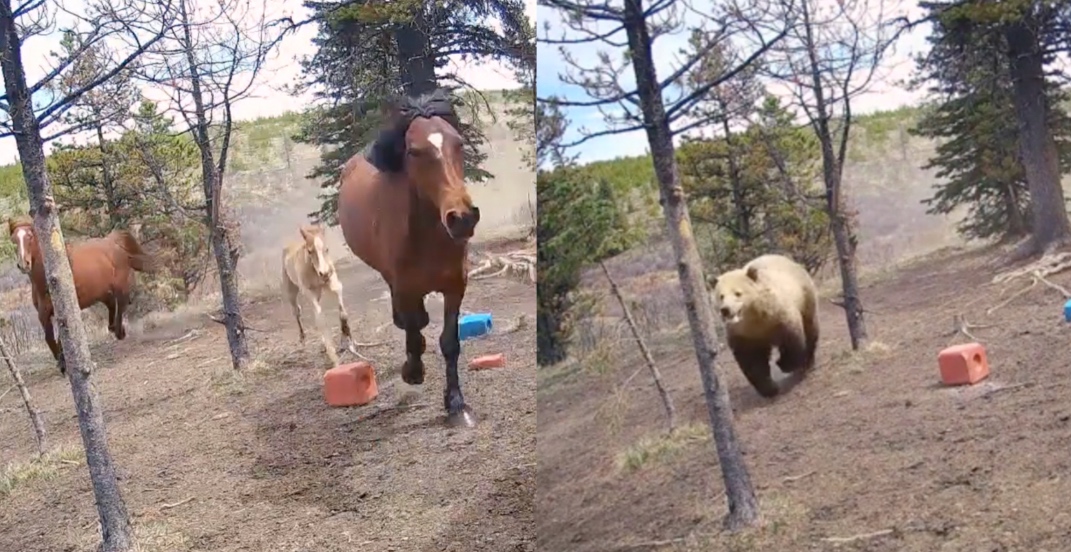 A video reportedly shot in Alberta of a bear chasing a team of wild horses has amassed tens of thousands of views online.

At the start of the 18-second-long video, the horses can be seen bolting towards the camera through the trees, with a grizzly bear on their heels.

An additional angle shows the horses race by, with the bear pursuing them quickly.

The footage posted on gfycat.com is timestamped for the afternoon of May 26 and has racked up more than 50,000 views.

The clip has also made its way to the Alberta Reddit page after originally being posted to a nature page. It has clocked nearly 30,000 upvotes and more than 1,000 comments.

“Those horses didn’t even look like they were breaking a sweat over it LMAO,” wrote one user, while another commented, “That’s nuts, I’m sure the bear will tire first.”

It’s not known exactly where in Alberta the footage of the encounter between the bear and horses was taken.