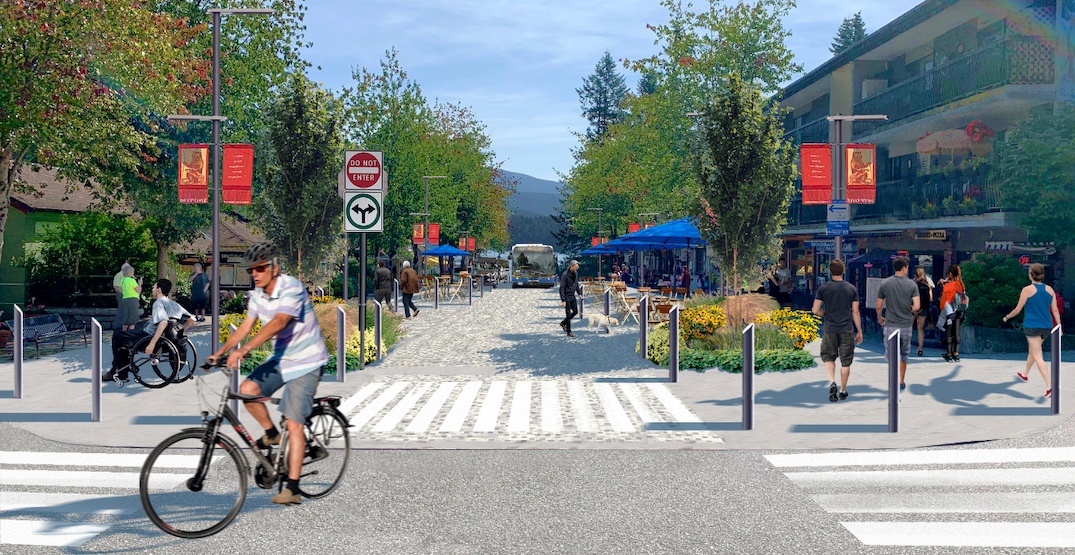 Artistic rendering of Deep Cove's Gallant Avenue between Panorama Drive and Banbury Road during the summer. (District of North Vancouver)

The single city-block stretch of Gallant Avenue — between Panorama Drive and Banbury Road — that leads directly to Deep Cove’s waterfront park will see a new surface treatment throughout with new pavers.

The existing curbside parking spaces will be repurposed for wider sidewalks, restaurant patios, and permanent loading zones for commercial vehicles. The flexible street plaza configuration allows for the ease of temporary summertime street closures for events and festivals, while retaining the option for enabling the return of some curbside street parking outside of the peak season.

To accommodate the space for the changes, this portion of Gallant Avenue will become a one-way, westbound-only road. TransLink’s No. 211 and No. 212 bus routes will still travel through this segment of the street. 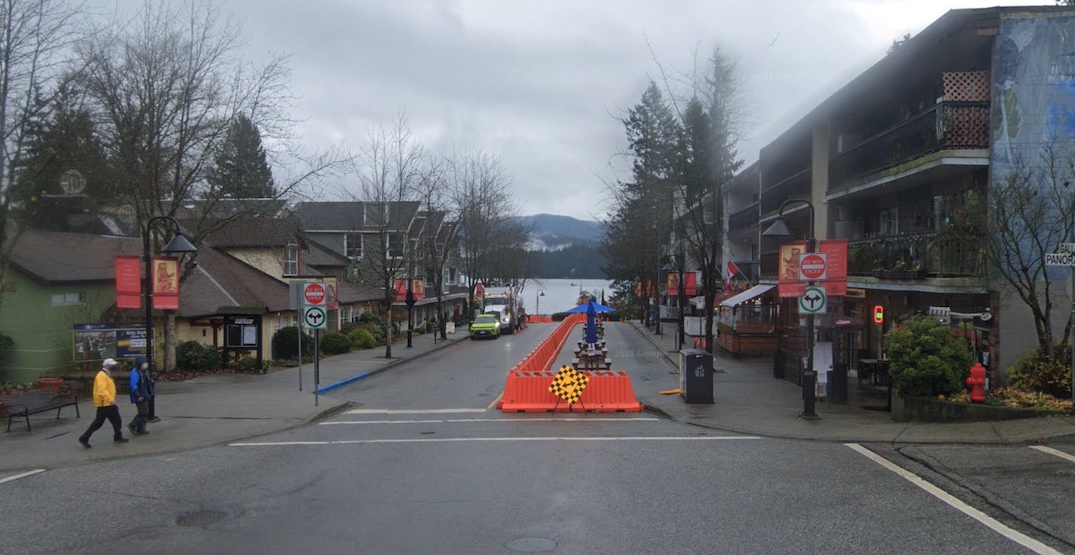 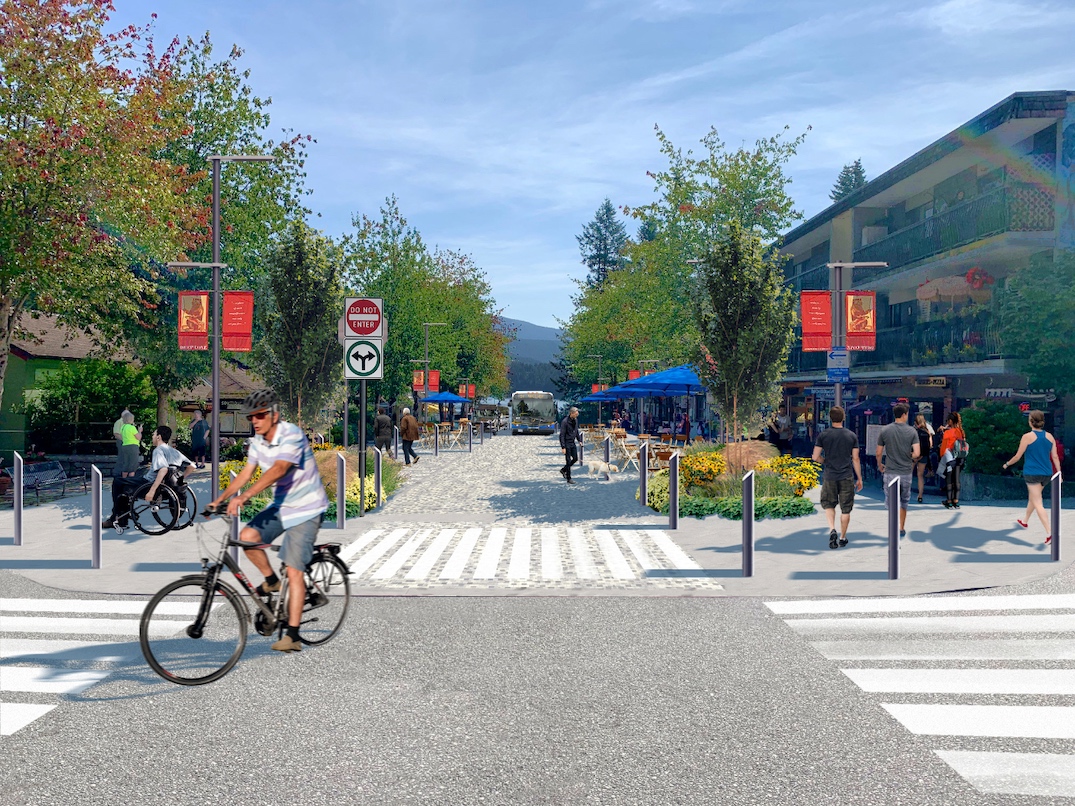 Artistic rendering of Deep Cove’s Gallant Avenue between Panorama Drive and Banbury Road during the summer. (District of North Vancouver)

The project is expected to carry a construction cost of about $4 million, and the municipal government was successful in its application to senior governments to have Investing in Canada Infrastructure Program’s new COVID-19 Community Resilience stream cover the majority of the cost.

Construction is anticipated between September and December of 2021. 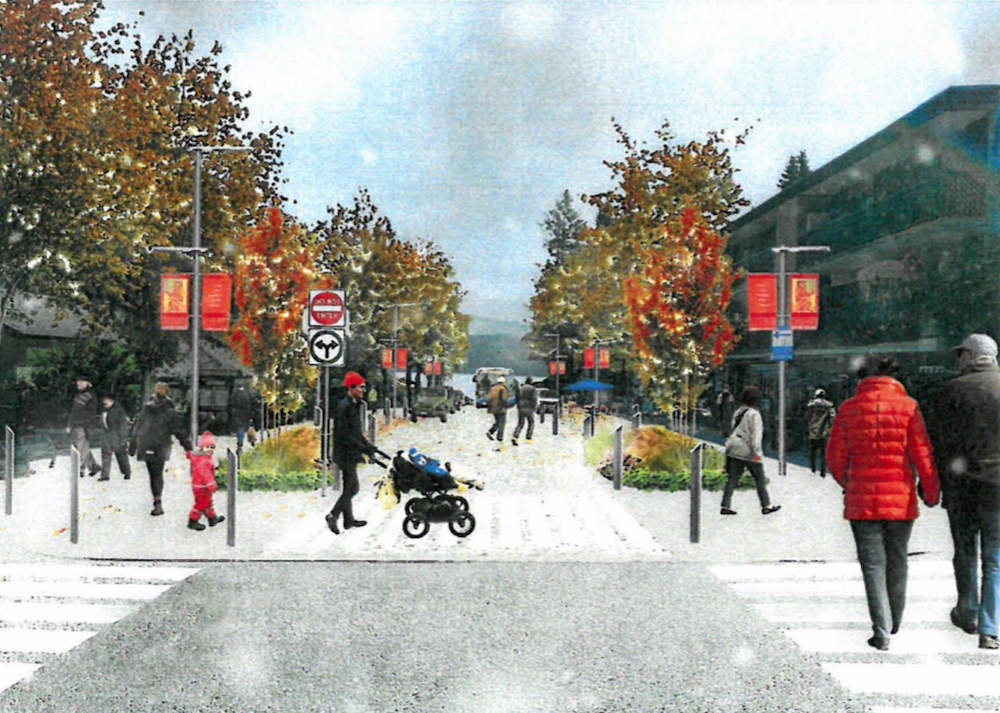 Artistic rendering of Deep Cove’s Gallant Avenue between Panorama Drive and Banbury Road outside of the peak season. (District of North Vancouver)

Deep Cove has seen growing visitor numbers in recent years, and according to the municipal government, there was a surge last year due to COVID-19, when parks across Metro Vancouver saw a very large increase in visitors.

As a temporary response to support businesses, the city closed the south side of the street for additional space for pedestrians and patios.

“The community wasn’t really set up to manage that kind of additional traffic, and specifically the outdoor service areas were not up to a modern standard. This is a very exciting project that brings together all levels of government to find solutions to these problems. We have some safety challenges in this area with uneven sidewalks and unsafe spaces for large volumes of people,” said District of North Vancouver Mayor Mike Little during today’s press conference.

“We also have to manage traffic better throughout this area, making it a space that people will come and enjoy, that our businesses can enjoy year-round.”