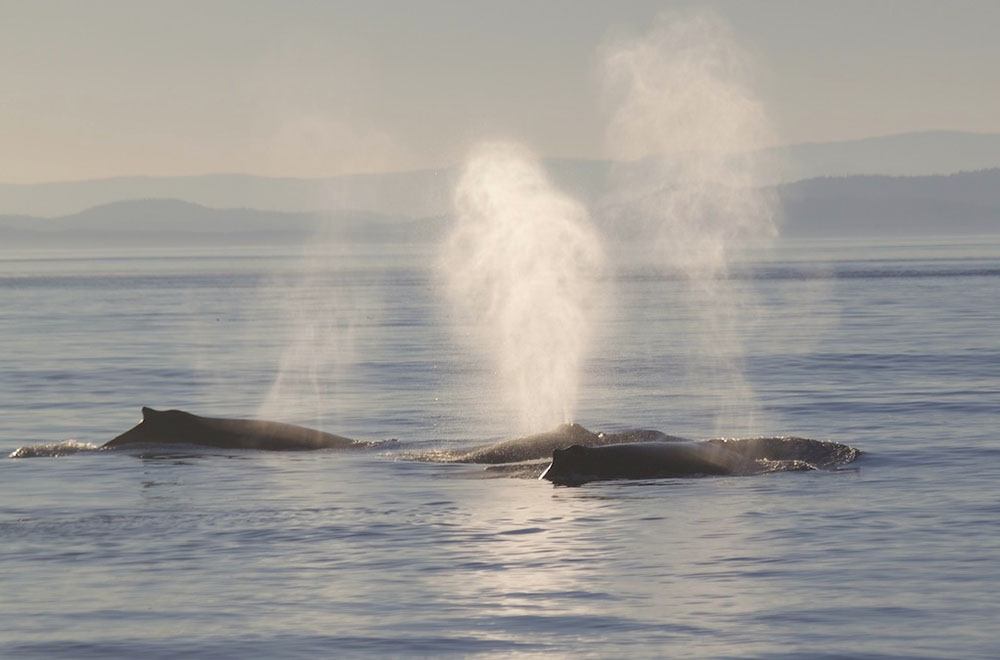 Humpback whales are seen in a file image.

An autopsy will be conducted on a Humpback whale found dead south of Vancouver to determine how it died.

Members of the Tsawwassen First Nation notified the Department of Fisheries and Oceans after the massive cetacean washed up on the shores near the ferry terminal on Friday morning.

The marine mammal was found just off the causeway into the terminal, in the waters directly adjacent to TFN land.

DFO staff responded along with a Canadian Coast Guard crew, and towed the whale to Sea Island.

The DFO’s Marine Mammal Response Scene will conduct the autopsy on the whale, which is believed to be a juvenile.

In a tweet, BC Ferries said it was “saddened” to hear about the deceased marine mammal, and that the incident happened on Friday morning.

The organization has said that ferry trips will not be impacted, although customers will be updated throughout the day.