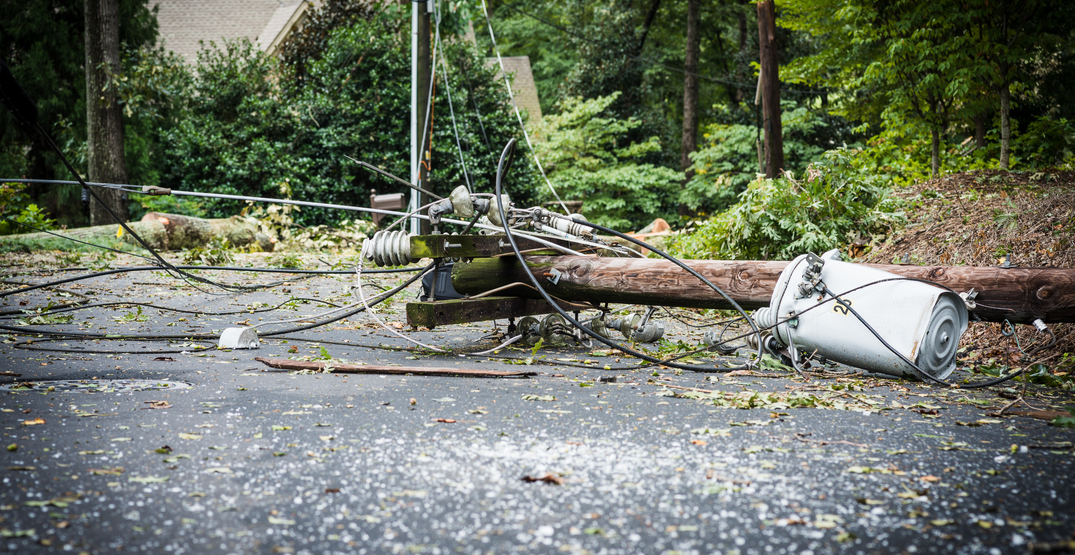 BC Hydro is blaming a rise in power outages on increasingly severe weather across the province.

According to a new report from the company, the number of storm events they’ve responded to has tripled over the last five years.

Storms and hazardous weather events are becoming more and more frequent due to climate change. As a result, more damage is being done to BC Hydro’s electrical system and customers are dealing with more power outages.

In most cases, the outages are caused by falling trees and branches. The study cites that BC has three times more trees per kilometre than anywhere else in North America.

BC Hydro customers are noticing the increase in storms as well.

The company issued a survey to customers and found that three-out-of-four British Columbians agree that weather is continuing to get worse.

One-in-five respondents confirmed that they’re experiencing an increase in outages in their own neighbourhoods.

Despite the challenging weather, BC Hydro is continually trying to improve. After an extreme weather event, 95% of customers have their power back within 24 hours, according to the company.

New technology, a smart meter network, and constant preparation are helping with the process.

Even so, customers are still recommended to have an emergency kit on-hand for any sort of power outage. Non-perishable food and water, a first aid kit, batteries, and flashlights are all important items to have.