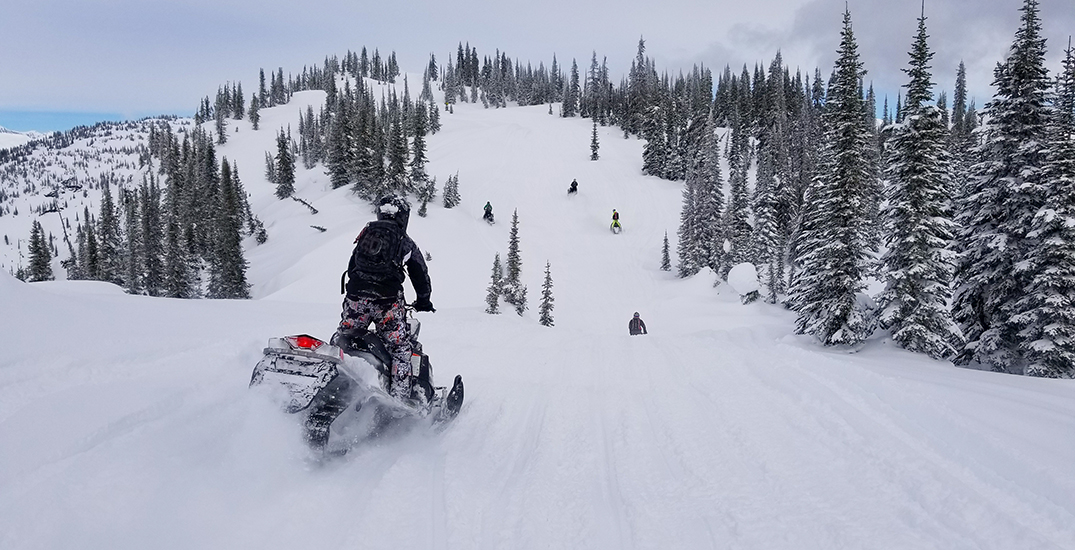 Snowmobiler in BC / Shutterstock

One person died in an avalanche Saturday triggered in the backcountry near Merritt, BC, police say.

Two men were snowmobiling near Cabin Lake and Prospect Creek when the slide occurred, according to a Merritt RCMP news release. One of the men got trapped in the avalanche, and the second man tried to locate him.

Police and search and rescue crews got to the scene by air Saturday afternoon, where they found the man’s body.

“The victim was located by searchers, but sadly he did not survive,” Cpl. Jesse O’Donaghey, spokesperson for the BC RCMP, said.

Officers notified the BC Coroners Service, which investigates sudden deaths in the province.

Mounties are not releasing the name of the man who died to protect his privacy. They also urge backcountry users to use extra caution and monitor Avalanche Canada’s website for safety warnings.

On Saturday afternoon, Avalanche Canada rated the risk near Merritt as “high.”