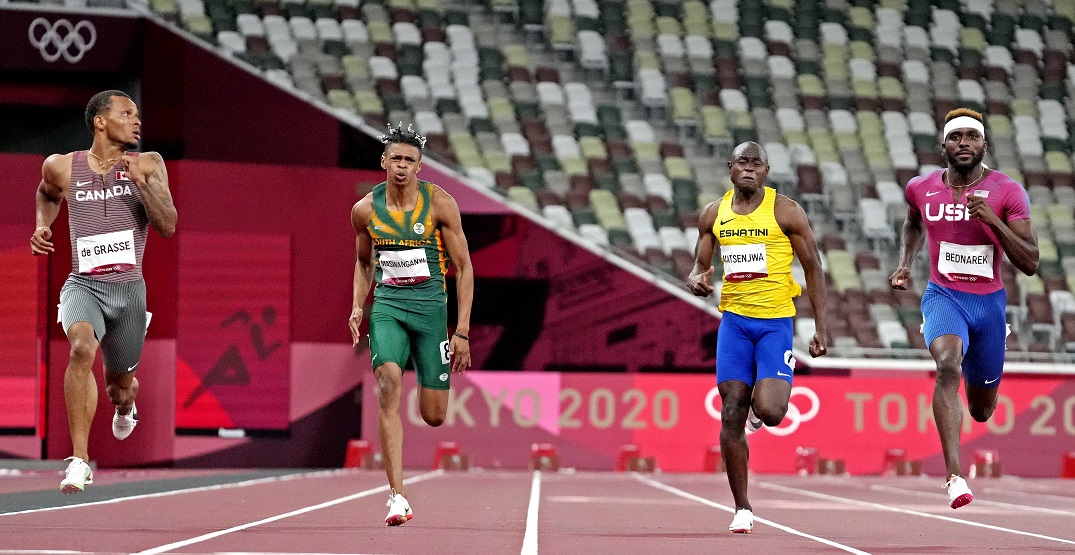 Canada will have a pair of medal threats in the men’s 200m final at the Tokyo Olympics.

Less than two full days removed from winning an Olympic bronze medal in the 100m, Andre De Grasse was right back at it with a new Canadian record in the 200m.

In the second semifinal, Canadian Aaron Brown won the race with a time of 19.99.

Brown’s time was nearly tied with Liberia’s Joe Fahnbulleh and American Noah Lyles as the trio ended in a photo finish. Brown’s time was officially recorded as first in his race and third overall.

DeGrasse won a silver medal in the 200m at the Rio 2016 Olympics, while Brown failed to advance to the final. Both runners also won an additional medal in the 4x100m relay in Rio, with De Grasse also picking up bronze in that year’s 100m race.