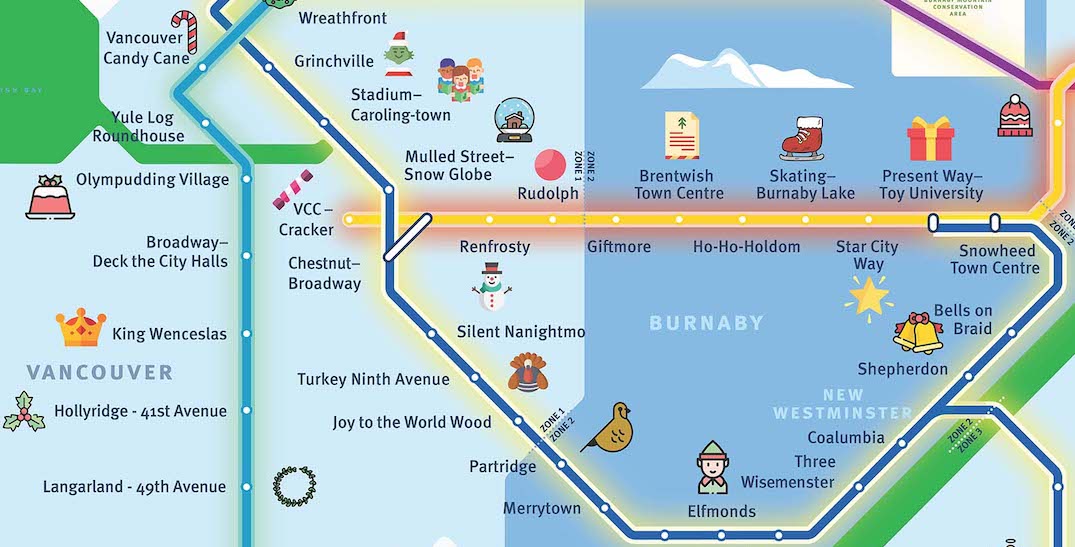 This is an Epiphany Line train to Stocking George.

The next station is Miracle on 22nd Street. Doors will open on the right.

This train is for Kris Kringle Runway.

These are just a few of the creative festive names the elves at TransLink have given the SkyTrain network in a brand new Christmas-themed map.

SkyTrain is now the DasherTrain, with the Expo Line as the Epiphany Line, Millennium Line as the Mistletoe Line, and the Canada Line as the Chestnut Line, which all provide “high frequency sleigh services.”

The West Coast Express is also now the White Christmas Express, providing a commuter train to the North Pole via the Lower Mainland.

Click on the Christmas-themed SkyTrain map below for an enlarged version of the names: 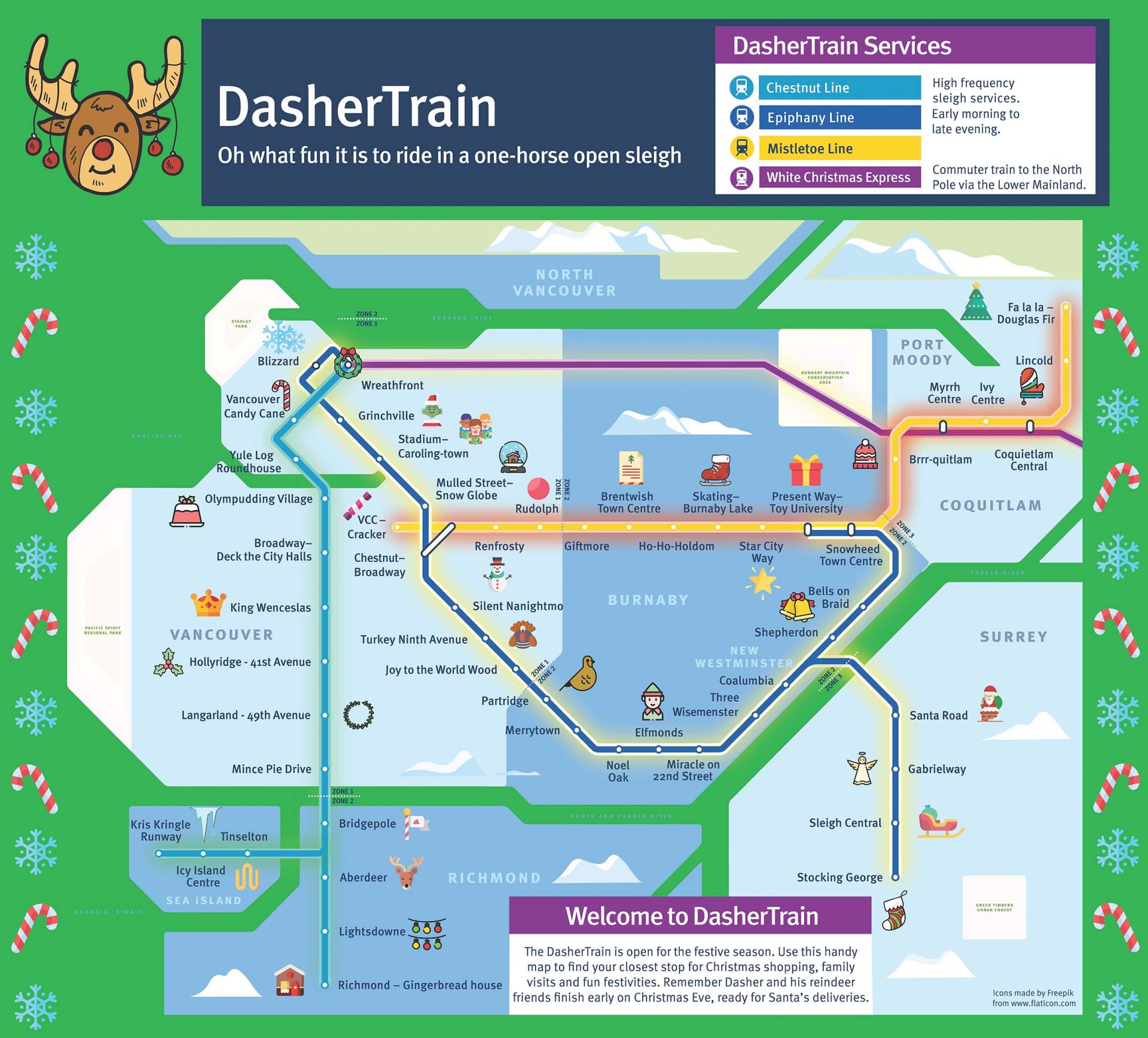 In 2019, TransLink’s graphic design team also provided the SkyTrain network map with a Star Wars-themed overlay for May The Fourth Be With You, also known as Star Wars Day. 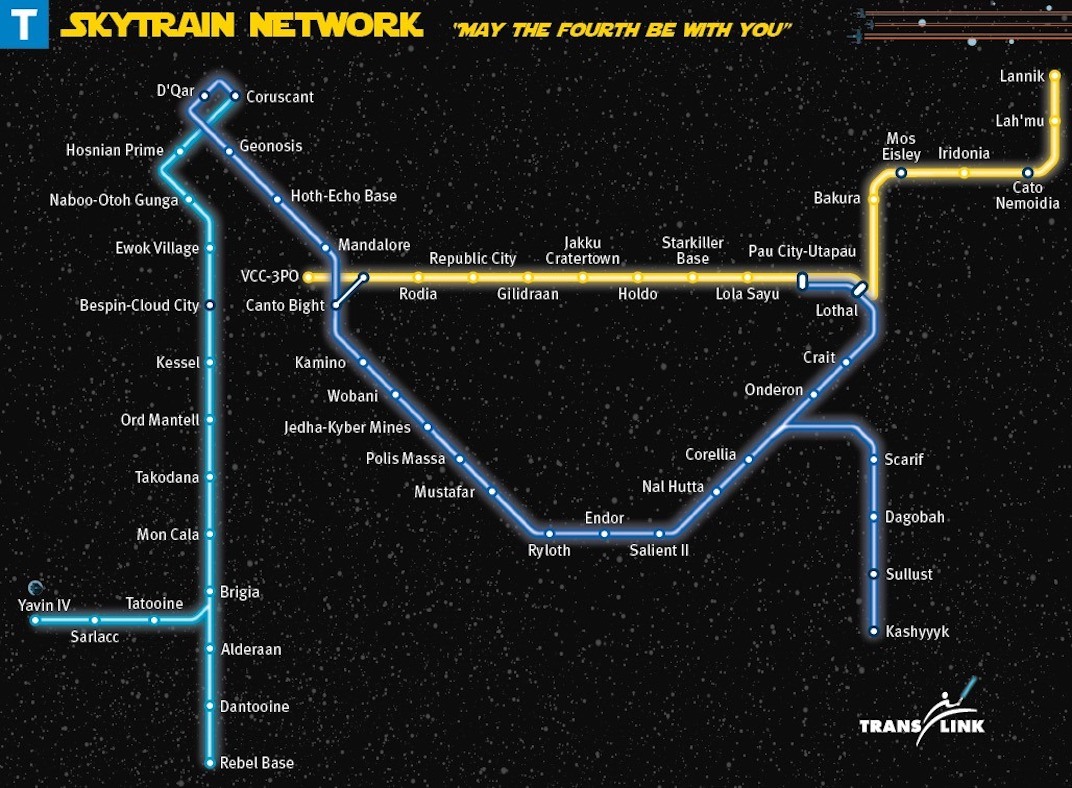 TransLink’s May The Fourth Be With You’ Star Wars SkyTrain map. Click on the map for an enlarged version. (TransLink) 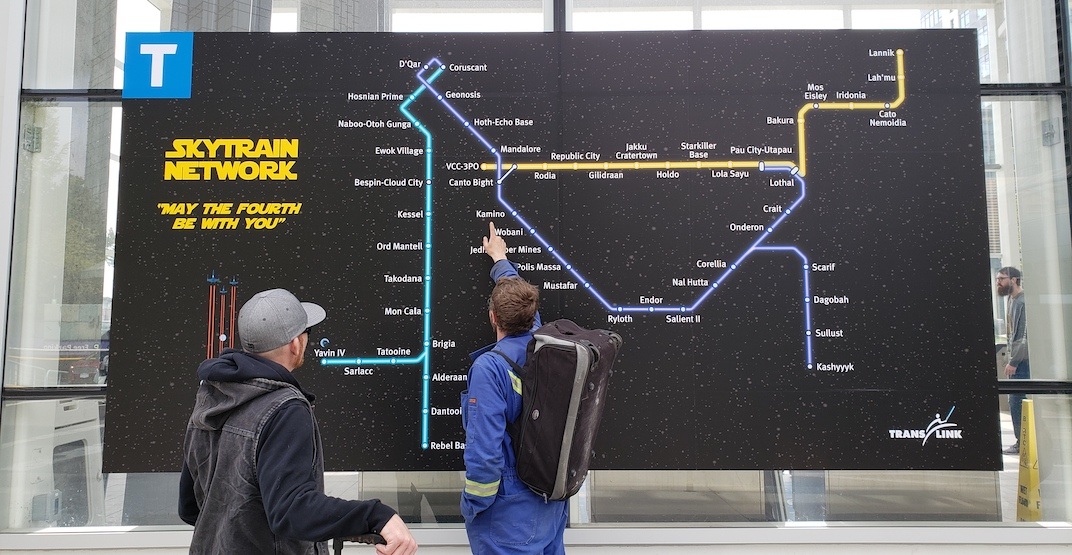 TransLink’s May The Fourth Be With You’ Star Wars SkyTrain map. (Kenneth Chan/Daily Hive)