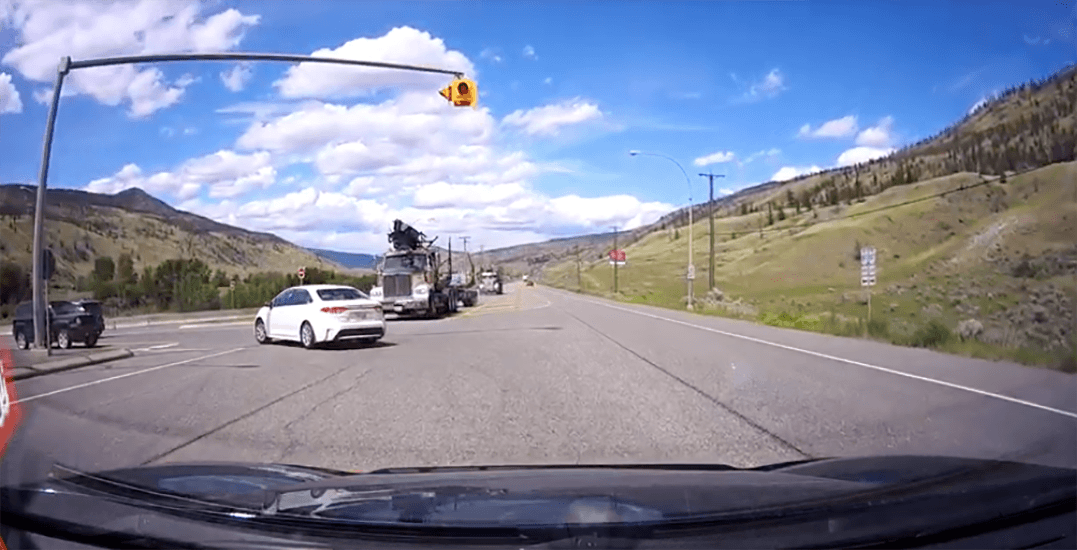 Dashcam footage that was captured and shared on YouTube is showing what was almost a fatal collision.

Three cars were lining up to make a left-hand turn and approached a three-way intersection with a blinking yellow light.

The first car stalled at the turn for a few moments before entering the intersection.

The second car, a white sedan, followed closely behind but was nearly t-boned by an oncoming semi-truck. The footage captures the white sedan almost perpendicular to the semi-truck.

At the last second, the driver is able to complete the turn and avoid the collision, with the semi-truck swerving to the left.

Needless to say the video below is a good example of how not to drive.