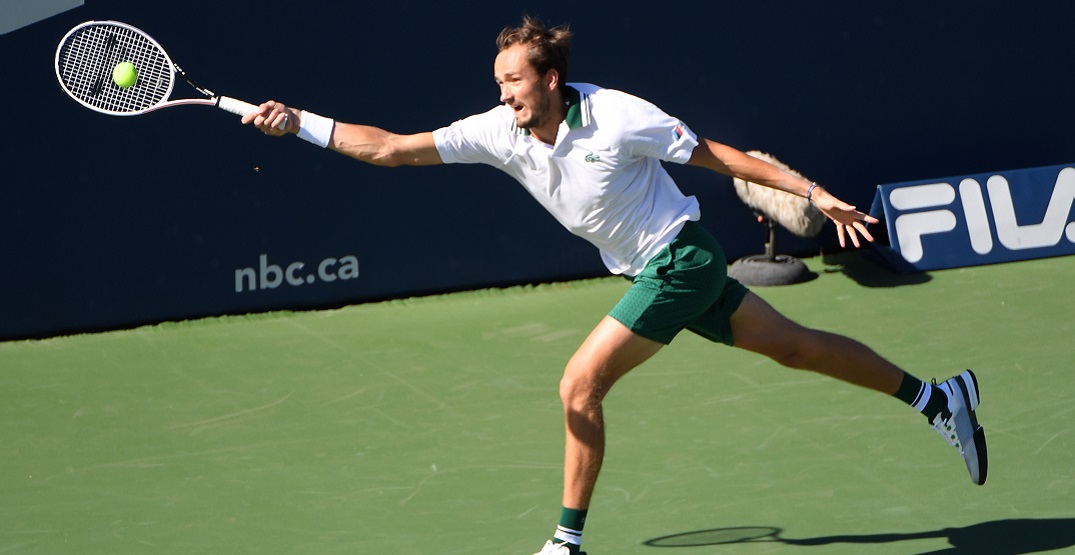 Medvedev came into the tournament as the top seed, while Opelka came in unranked.

It was the 25-year-old Medvedev’s first victory at the tournament, after losing in the 2019 final in Montreal (when the tournament was called the Rogers Cup to Rafael Nadal.

Medvedev knocked off an American for the second day in a row, topping John Isner in Saturday’s semifinal.

“With serves like John or Reilly you cannot stand too far back because the ball is not going to come down, it will just go higher and higher,” Medvedev said before the match. “So I tried to return a bit closer than I am used to and it worked pretty well. I’m not sure how it will go tomorrow, but at least it was a good practice to get ready for the same thing.”

“It’s never easy,” Medvedev told Sportsnet’s Arash Madani after the tournament about facing Opelka. “If he didn’t feel the pressures on his serve, I think he could win today actually.”

Medvedev and Opelka are both set to compete later this week in Cincinnati’s Western & Southern Open, where Medvedev won the 2019 tournament. Opelka retired in last year’s quarterfinal against Greece’s Stefanos Tsitsipas, while Medvedev was defeated by Spain’s Roberto Bautista Agut.

Medvedev is set to be one of the top seeds at the 2021 US Open in September.