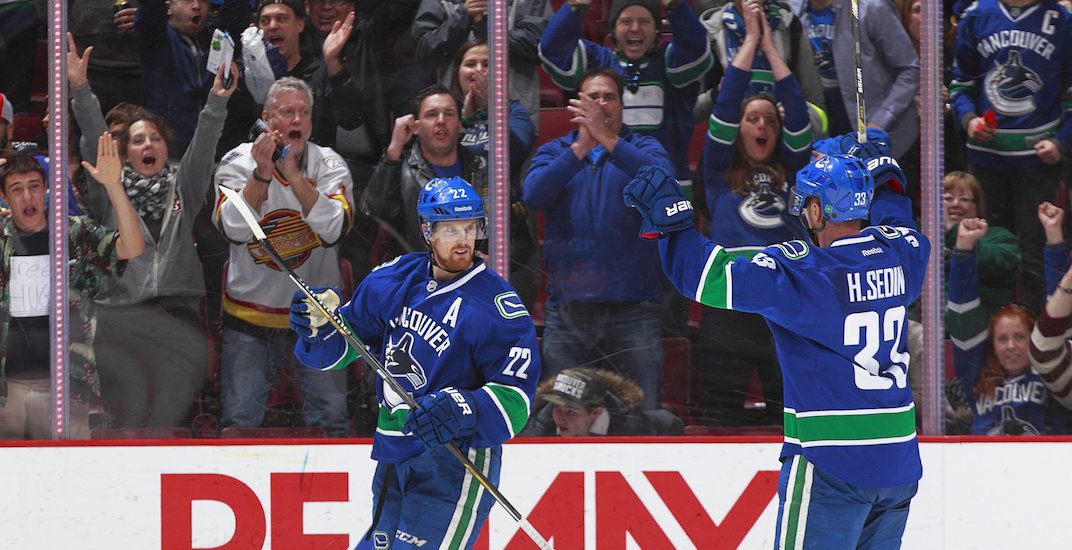 The Sedins have been underrated players for their entire careers.

When they came into the league, they were too slow. So they got faster.

Critics said their unique style of play wouldn’t work. But they began scoring.

They were ridiculed for being too soft. They didn’t make a fuss, they became ironmen.

They were supposedly a very good second line, but not first line players. Now their names are each etched onto the Art Ross Trophy.

The Sedins have made careers out of proving people wrong.

Now, they stand as the only brother duo in NHL history to each record 1,000 points.

But this article isn’t about the Sedins. It’s about Daniel.

As criminally underrated and unfairly treated as the twins have been throughout their careers, Daniel gets far less fanfare than his slightly older twin brother.

Henrik got the captain’s C. Henrik won the scoring title first. Henrik got the Hart Trophy, while Daniel had to settle for the Ted Lindsay Award.

Scan the crowd at Rogers Arena and you’ll find more jerseys with #33 than 22.

Yes, in this sibling rivalry, Daniel really is the ‘other brother.’

Even Daniel’s milestone goal didn’t measure up to Henrik’s. Henrik scored it in front of the hometown crowd and his teammates poured onto the ice to celebrate with him. He got a standing ovation.

Daniel’s teammates didn’t know if they should jump on the ice, as the goal came on the road. So they stayed on the bench.

Nashville’s public address announcer made mention of the milestone, but it was met with quiet acknowledgement.

For a player like Daniel Sedin, who should be in the Hall of Fame one day, he deserves more. He’s the Canucks’ all-time leader in goals, and is second in points and assists to his brother.

He deserves to have his moment, like Henrik had.

That’s why it’s important that Canucks fans give Daniel his due on Saturday. The Canucks are planning a full pre-game ceremony to honour him. With the Toronto Maple Leafs in town and the game starting at 4 pm as the feature game on Hockey Night in Canada, the timing is perfect.

Let the national audience see the love. Let the Leafs fans wait a while. This is not a time for polite applause. An extended standing ovation is in order.