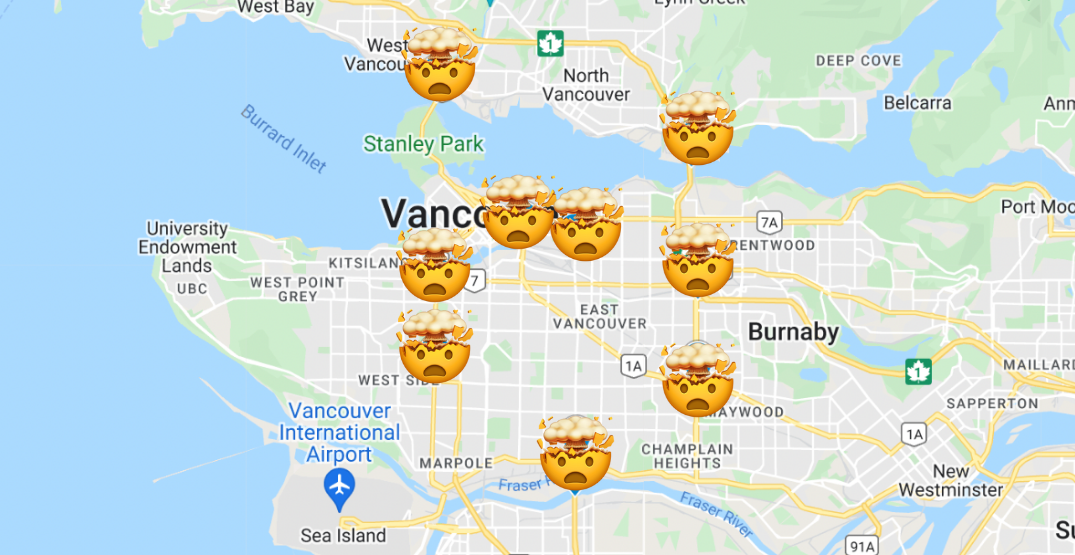 For drivers to stay as safe as possible on the roads, they need to know where the trouble spots are.

ICBC has a variety of statistics available online for the public to see on accidents and collisions all around BC.

So, we wanted to see which intersections in Vancouver were the most accident-prone so we knew where to keep our eyes peeled when we are using the road.

We took a look at ICBC’s data for Vancouver and plotted the 10 most dangerous places to drive in Vancouver based on the number of crashes that occurred between 2016 and 2020.

“Speeding remains the leading cause of car crash fatalities in BC with eight people, on average, killed in crashes involving speed every month from May through September,” wrote ICBC in a release from May 3, 2022.

So drive within the speed limit and use caution at intersections where you know plenty of accidents have already happened.

Have you had a dangerous experience at one of these intersections before? Let us know at [email protected]