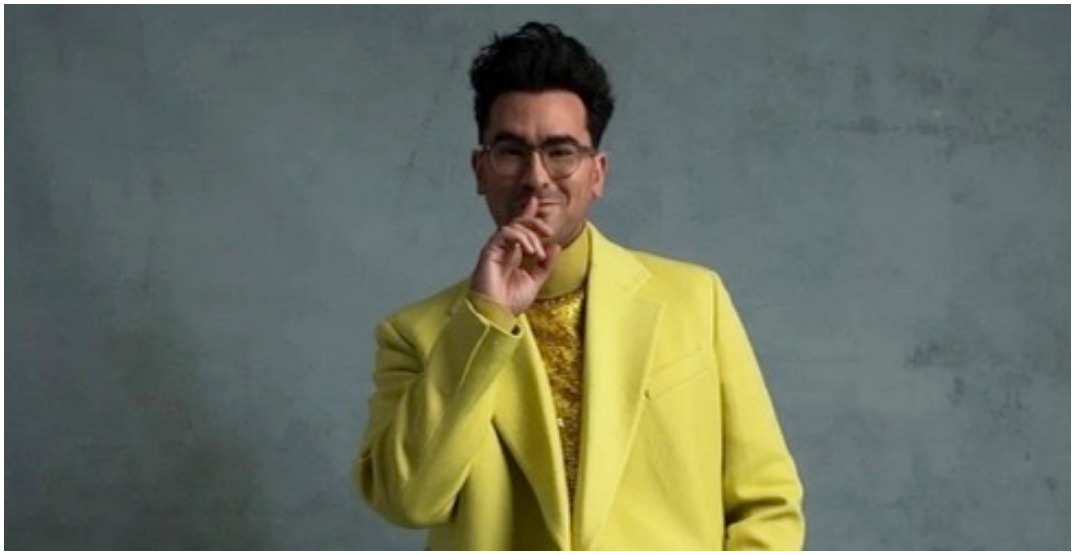 Levy has been Nominated for Outstanding Guest Actor in a Comedy Series, in a category featuring other famed actors and comedians like Morgan Freeman, Daniel Kaluuya, Alec Baldwin, and Dave Chappelle.

He hosted the February 5 episode of SNL earlier this year.

The Toronto-born Canadian actor, best known for his role in the critically acclaimed and Emmy-nominated TV show Schitt’s Creek, couldn’t seem to believe it himself.

Oh wow this is nuts. Thank you so much, @TelevisionAcad @nbcsnl! https://t.co/0NhOY2Xll2

The episode took place during the height of the COVID-19 pandemic, which Levy incorporated into his routine. He took the audience on a stroll through NBC studios as part of his opening monologue, celebrating how safe he felt and how well the SNL staff and his colleagues treated him.

That’s when he bumped into his father Eugene Levy, who was surrounded by glass walls, and people in hazmat suits.

This award would be added to a growing collection of awards for the younger Levy, as the sixth season of Schitt’s Creek picked up seven primetime Emmy Awards and nine Emmys in total. He has also received several awards from other institutes.

Levy currently has a bunch of ventures on the go, including his own fashion brand.

He has also been a prominent Canadian voice in advocating for Indigenous rights and reconciliation. On Canada Day, he put out a video on Twitter urging people to take a course to learn about Indigenous history instead of celebrating.