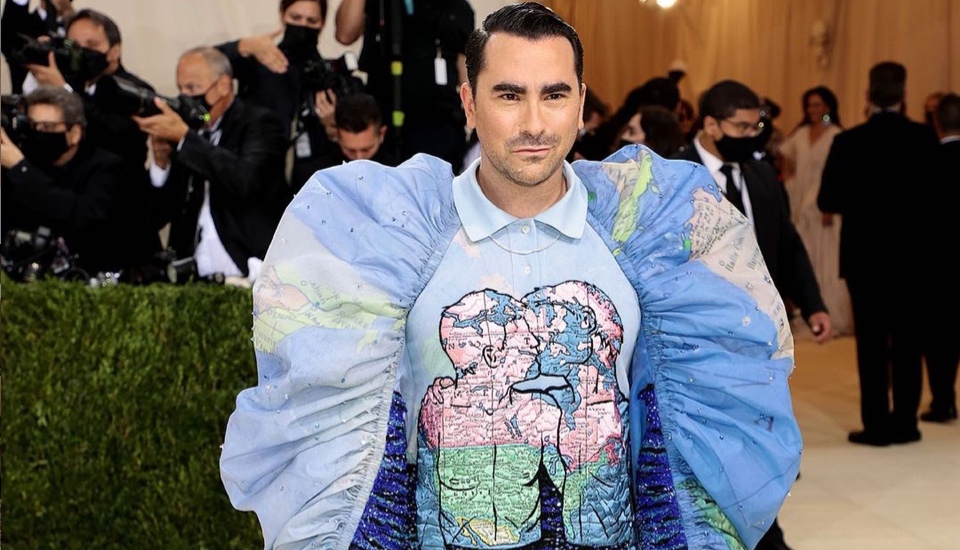 This year’s Met Gala served plenty of memorable looks; however, a Canadian star stood out thanks to his outfit and its nod to the LGBTQ2S+ community.

The Schitt’s Creek star and co-creator, Dan Levy, made waves at one of fashion’s biggest events of the year, hitting the red carpet adorned with a puffy, billowing map print fabric from his shoulders down to his arms displaying two men kissing on the front of his outfit.

The image of the two men is drawn from a piece of American multimedia artist and LGBTQIA+ activist David Wojnarovicz, who passed away in 1992 due to AIDS.

Wojnarovicz created the piece after stumbling across a homophobic cartoon, and “wanted to celebrate queer love and visibility rather than feed on a message of hate,” according to Levy in an Instagram post explaining his fashion inspiration.

“We’re celebrating the resilience, the love, and the joy of the community while honouring a crucial American voice that was taken from us too soon,” Levy added of the show-stopping, frilly outfit by Loewe.

A post shared by The Metropolitan Museum of Art (@metmuseum)

“Photos of Wojnarowicz and his friends surround the couple, amid a background of world maps, indicating the arbitrary borders and divisions the queer community faced,” the designer of the piece, Loewe, posted on Instagram of Levy’s look.

“The LOEWE T-Pouch clutch illustrates a portrait of the artist as a child, with surrounding texts predicting his future; deemed an outcast by society, as a gay man. The work asserts visibility for queer people — exposing the hatred and bias experienced daily while celebrating love and joy,” the post continued.