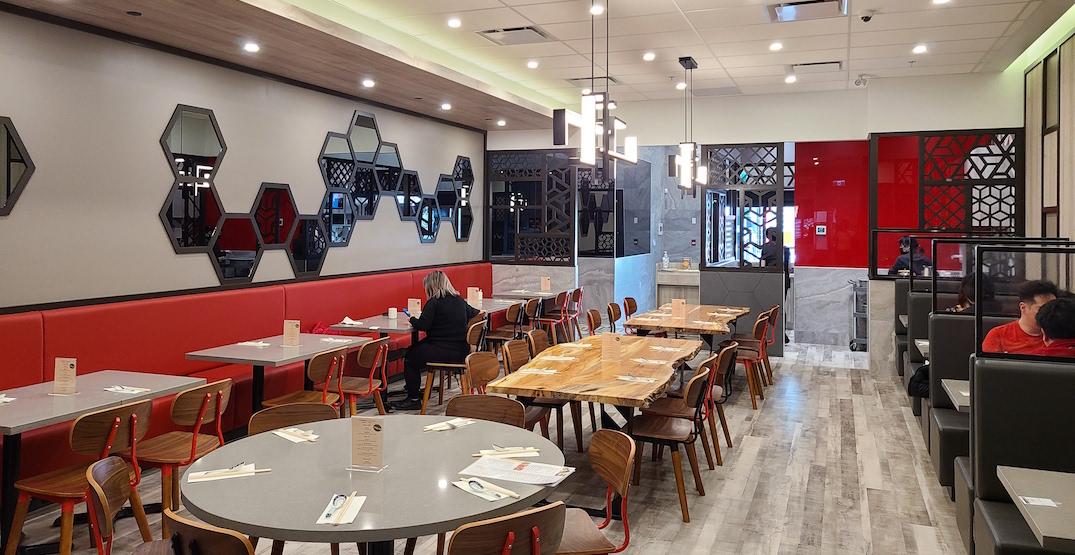 A pillar of the Chinatown community, Daisy Garden Kitchen, has existed in the same location on Pender Street since 1979.

Serving up Chinese BBQ and other authentic Cantonese dishes, the family-run restaurant was devastated by a fire in 2015, temporarily halting its operations.

Against all odds, the restaurant – and its owner, Susanna Ng, who also owns the iconic New Town bakery next door – has persevered.

Despite numerous offers to sell the restaurant and have “high rise buildings” built in its place, Ng tells Dished, she chose instead to restore the restaurant. 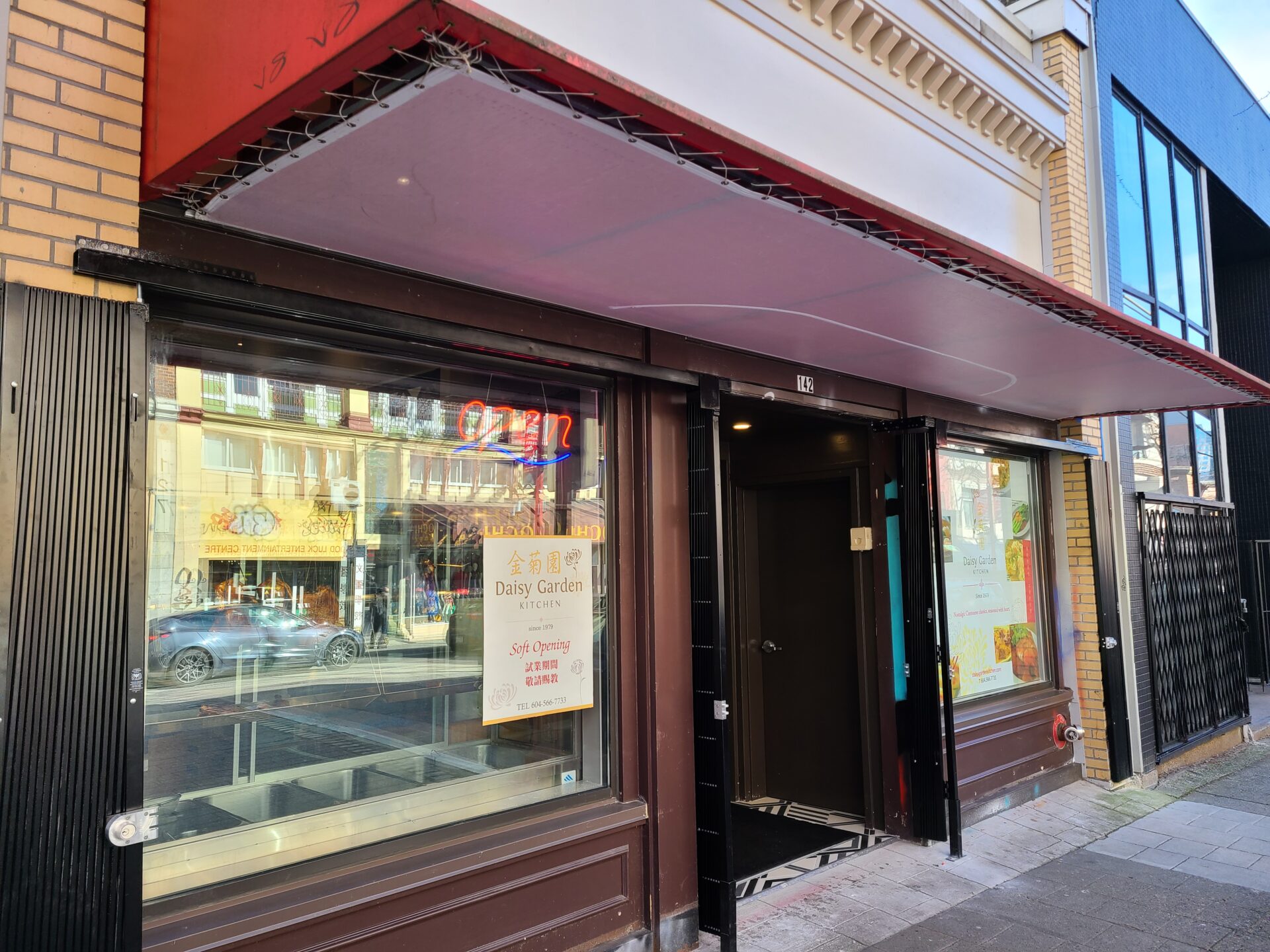 This month, Daisy Garden Kitchen softly reopened after being restored to its former glory, albeit with a modern, sleek redesign.

They’ve also made an effort to incorporate some traditional Chinese design elements, using some of the salvaged pieces from the fire wreckage.

They celebrated their grand reopening this week, complete with a lion dance.

Ng, who immigrated to Vancouver from Hong Kong “back in the day,” tells us that her major motivating factor behind restoring the restaurant has been her passion for “making food that is simple and affordable so that everyone can share the joy and memory of eating authentic Cantonese dishes.”

She was determined to keep the restaurant running “to contribute back to the local communities,” with the hopes that long-time regulars, as well as new visitors, would continue to be able to enjoy her cooking.

It remains an integral part of her business to keep the food both “simple and affordable.” 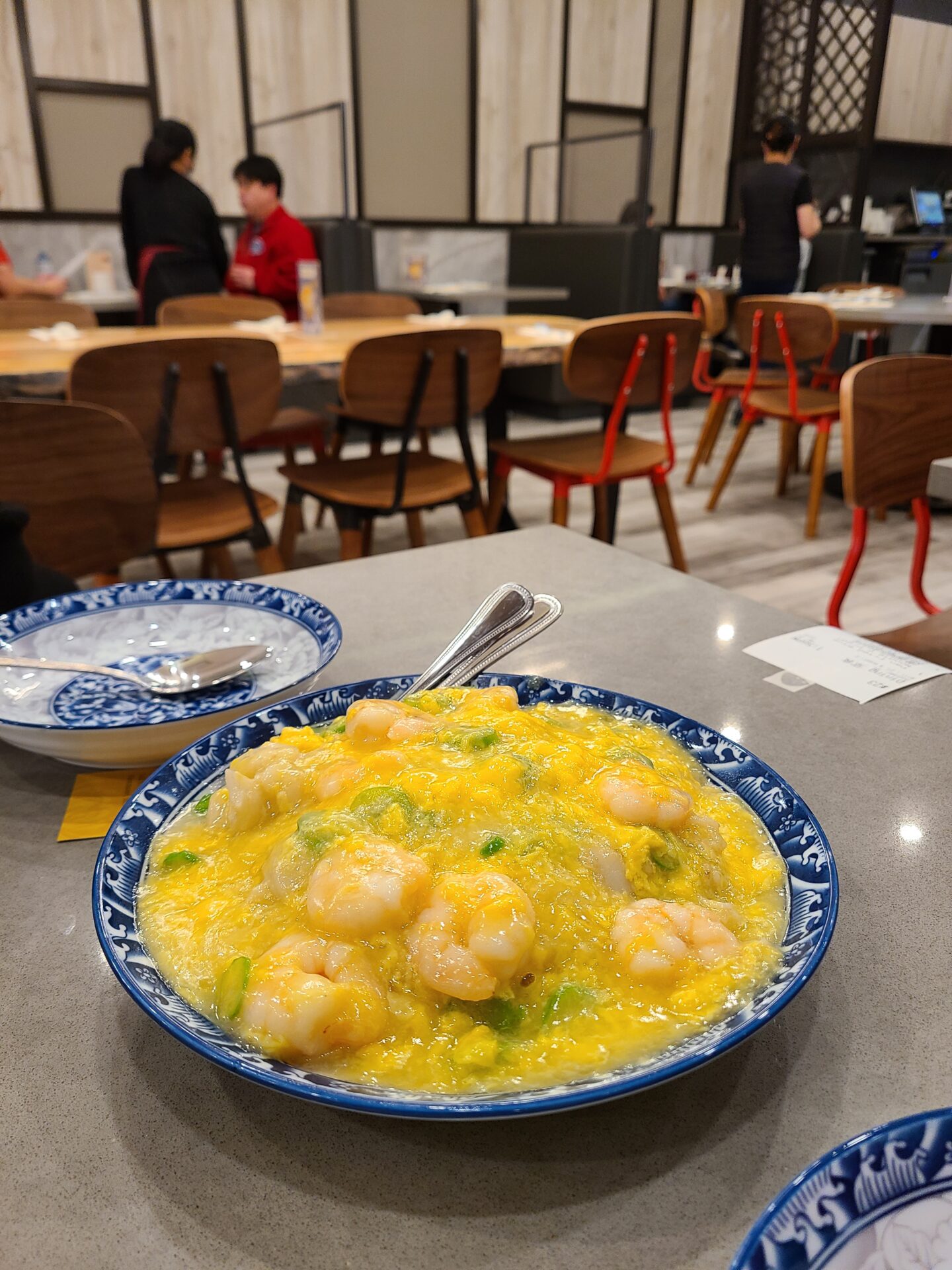 They also continue to serve long-time favourite dishes like BBQ duck on rice and their sliced beef with seasonal greens on rice.

The community’s response to the reopening has been emotional, to say the least. Daisy Garden shares that during the soft opening, one customer had tears in her eyes because the food brought back cherished memories from back home.