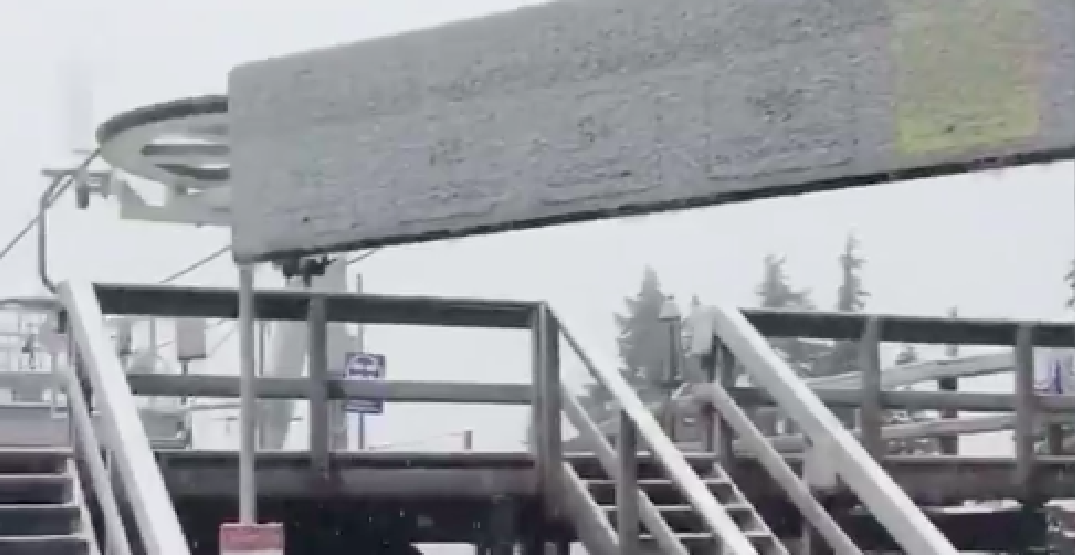 While the weather this long weekend may be a little more grey and rainy than many would like, skiers and snowboarders have good reason to be thankful today, as the rain in the city has turned into snow at Grouse Mountain.

The North Shore ski resort posted a short video of the falling flakes on Sunday, stating that they are “thankful for the first snowflakes of the season.”

The snow comes on the same day that Environment Canada issued a special weather statement for strong winds has been issued for areas of Metro Vancouver.

According to Environment Canada, the special weather statement is in effect for:

“A low pressure centre is approaching Vancouver Island this morning. The low will move right over Victoria late this evening and then quickly move through the Lower Mainland overnight.”

So while this Thanksgiving weather may not be ideal, at least skiers and snowboarders know they have something to look forward to.