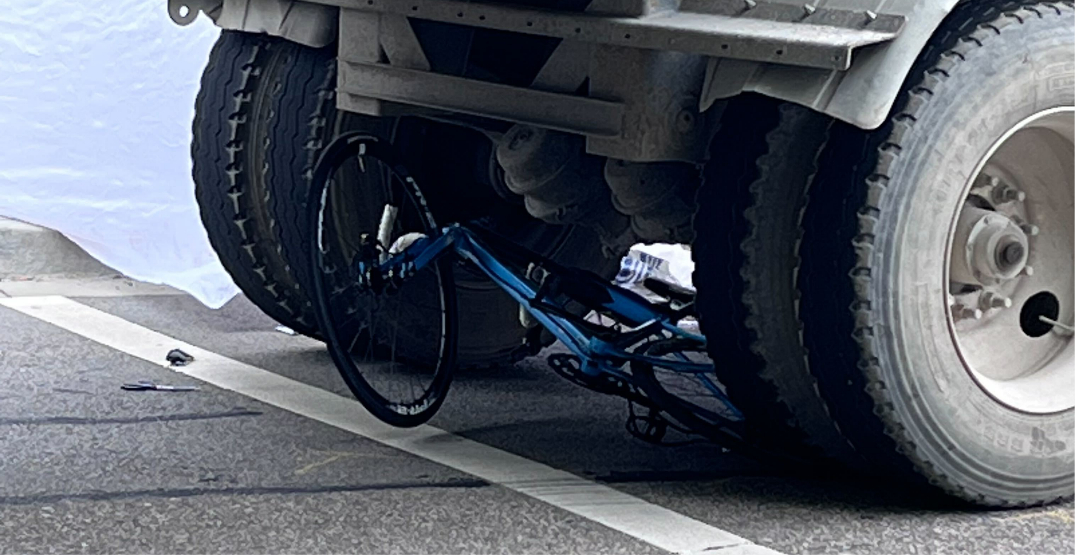 The VPD has provided more information about a crash that occurred on Wednesday morning.

A 28-year-old man was killed in a fatal collision with a dump truck in downtown Vancouver.

“A cyclist and a dump truck collided in the intersection of Pacific and Hornby streets at around 7:30 am,” VPD said in a statement.

Efforts were made to save the cyclist’s life, but they were not successful and he died at the scene. The driver of the dump truck has been cooperating with police, and investigators don’t currently believe speed or impairment were factors in the accident.

Police are asking anyone with information to contact VPD’s Collision Investigation Unit at 604-717-3012.

Vancouver police are investigating a fatal crash between a semi-truck and a cyclist downtown.

Sources tell Daily Hive that the crash took place near Hornby and Pacific streets and that the road has been blocked off.

Local Twitter users are sharing some potential details about what may have taken place, though these details have not been confirmed by police.

Terrible news. A cyclist has been run over by a truck at Pacific & Hornby. My husband said the bike is under the truck and there’s something covered with a sheet on the ground. It looked like the truck had been heading west on Pacific and been turning right into Hornby.

In a statement to Daily Hive, the VPD said that the Collision Investigation Unit is on the scene and that the area remains closed. VPD also told Daily Hive that they may have more to share later today.